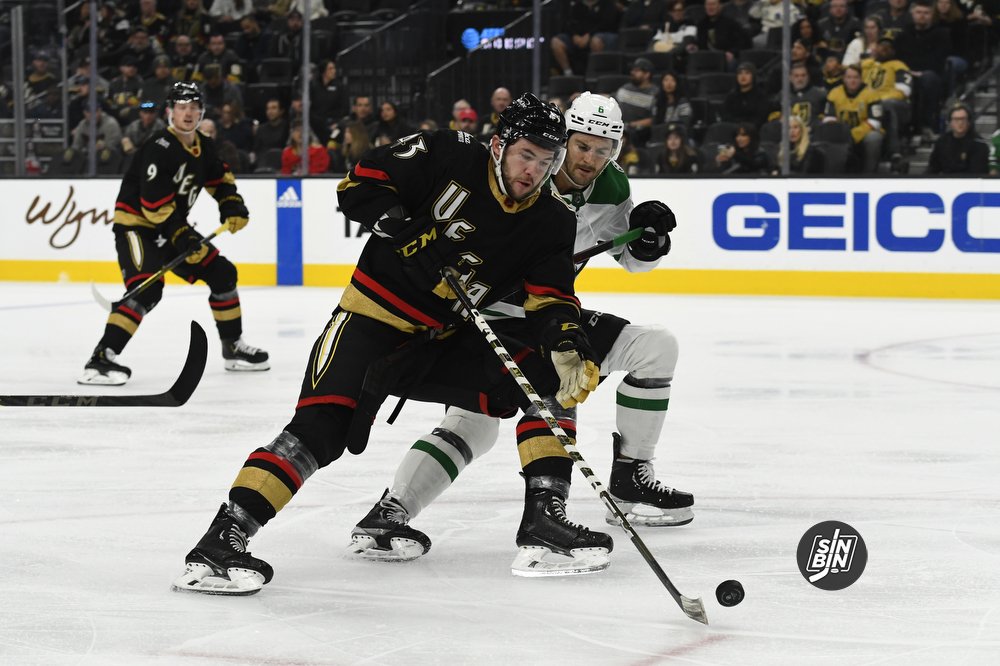 This week, national outlets updated their NHL Power Rankings, and not all of them were friendly towards Vegas.

Overall, the consensus is that Vegas has lost love from several publications. The Golden Knights’ average position in five separate power rankings was 10th. Tenth would likely place VGK out of winning the Western Conference and perhaps the Pacific Division. The positive news, however, most outlets feel comfortable that the Golden Knights are still a postseason club. Over time, the severity of Mark Stone’s injury setback may change some of their minds.

So, let’s take a look at how the outside hockey world perceives the Golden Knights today.

The Daily Faceoff was by far the least knee-jerk.

The Golden Knights only got into two games last week, beating the Panthers before dropping a Saturday night game against the Oilers. Playing at about the same level as the Stars drops them down a spot as a result, and the fact that the Golden Knights 5-on-5 play hasn’t been good lately has hurt them as well. -Scott Maxwell, Daily Faceoff

SI isn’t panicking like some others. Sure, the Stone situation impacted their decision enough to drop VGK three spots but they still rank the Golden Knights higher than three other outlets. Not surprisingly, SI listed two Western Conference teams; DAL (6th) and WPG (7th), ahead of Vegas, which is difficult to argue against. Also, Seattle (9th) and LA (10th) were ranked right behind the Golden Knights by Sports Illustrated.

The league ranked DAL (6th) and WPG (7th) higher than Vegas and followed SI by only dropping them three spots on their list. NHL.com hasn’t given up the local club but if their rankings came out after last night’s game, there’s no doubt Vegas would be lower.

Like SI and NHL.com, The Hockey News were a little more optimistic about where the Golden Knights currently stand. Here is THN’s explanation.

That roster takes a huge hit if Mark Stone is out for an extended period. They’ve already lost three of their past four, scoring is an issue, Logan Thompson has cooled off considerably since the beginning of the season and the Pacific Division title is up for grabs. Strange to think that finishing second or third in the Pacific might be better than finishing first because that might mean a matchup against the Avs if they claim one of the wild-card spots. -Jason Chen, The Hockey News

THN ranked Dallas and Winnipeg both higher than Vegas and Minnesota, LA, Edmonton, Seattle, and Calgary right behind. According to The Hockey News, it’s a crowded playoff race in the Western Conference.

Like Sportsnet, CBS was a little more concerned than the majority of the other publications. Again, the uncertainty of Stone’s availability may have added to their disquietude. Although CBS notes the Golden Knights’ goaltending hasn’t matched their early season success.

On the whole this season, Logan Thompson has been very good in net for the Golden Knights. However, his play has dipped a bit in the last month. Since Dec. 17, Thompson has allowed 1.37 goals above average. That’s not terrible, but it is a notable step back from how he was playing prior to this slump. -Austin Nivisin, CBS Sports

It’s difficult to take full stock into most power rankings for several reasons. Most outlets are not watching the Golden Knights on a daily basis, and they become influenced by headlines. Losing Stone for an extended amount of time is fair for outsiders to have some anxiety. Losing to quality teams like Dallas, Detroit and Edmonton isn’t a reason to panic.

However, the month isn’t getting any easier. After Saturday’s game against the Capitals, the Golden Knights will be on the road for 19 days. Based on their results, the power rankers will either raise VGK back to single digits or drop them even further below their Pacific Division rivals. The race is certainly getting tighter.