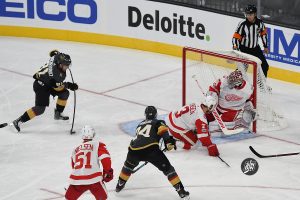 The 27-year-old who has already racked up 37 points on 15 goals and 22 assists has signed the dotted line and becomes the longest contracted Golden Knight, signed through the 2023-24 season.

Marchessault is on pace for 82 points and 33 goals in his 3rd full season as an NHLer. He shocked many a year ago when he scored 30 for the Florida Panthers, but was exposed at the Expansion Draft and then selected by the Golden Knights. 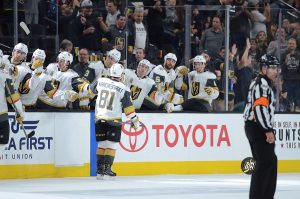 He plays on a line with Reilly Smith, a former teammate in Florida, and William Karlsson. The three make up one of the most productive forward lines in the NHL with a total of 101 points and 45 goals in just 38 games in the season.

Marchessault is earning $750,000 this year making him the 25th highest paid player on the Golden Knights by cap hit. The extension ties him with Reilly Smith, James Neal, and the injured Mikhail Grabovski for third on the team.

Marchessault – "Really happy, more happy to be here with my teammates and the organization has done amazing things for us."

More Marchessault – "Since we all came here, we just feel like part of a big family and we love this city."

Here's the breakdown on Marchessault's contract per @PierreVLeBrun. (Remember: Cap hit is determined by AAV. This is actual salary per year)