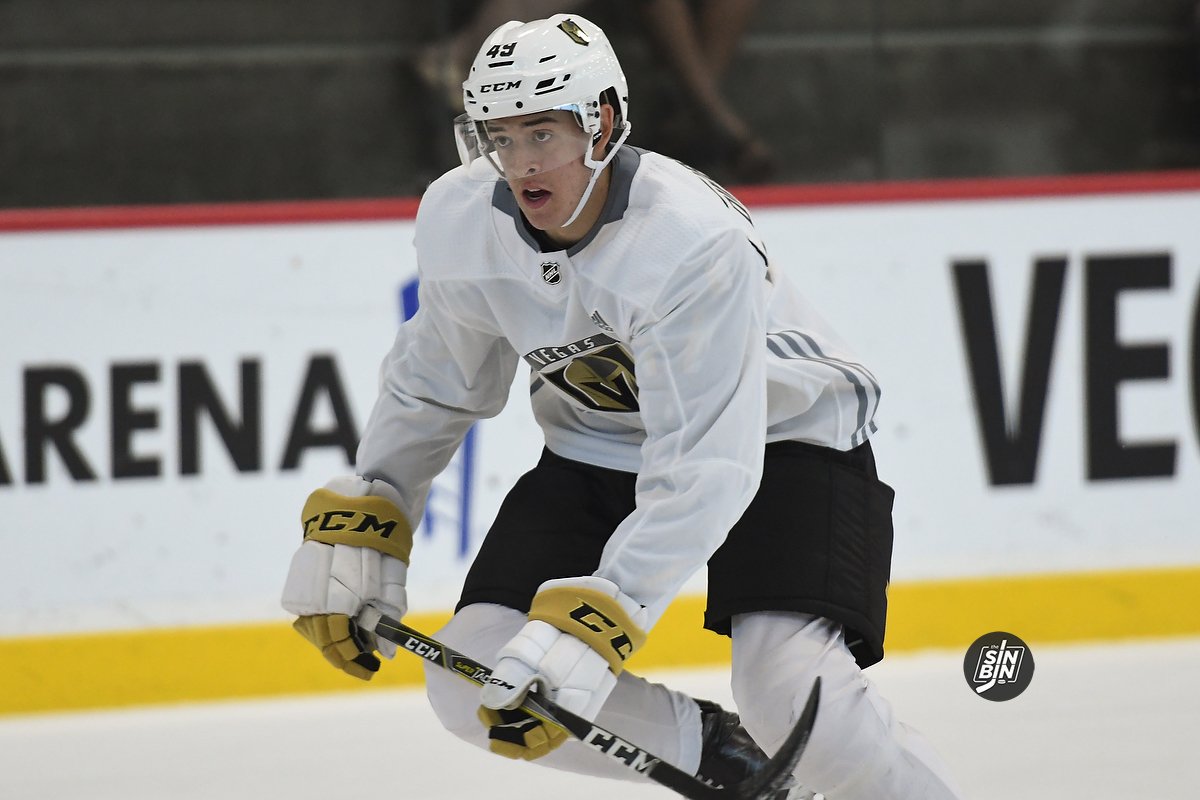 After his strong freshman campaign, Team Canada invited him to their summer workout camp. Diliberatore was a little surprised, but ecstatic to get a chance to play with his countrymates and at such a high level.

It was my first time obviously with Team Canada, all new guys. I thought I played my game, stuck to it and I think that really showed. I think that helped me. I just tried to do exactly what I did to do to get me to the camp. I didn’t try to do too much or play out of my game style. -Diliberatore on The Pipeline Show

The young defenseman already sounds like a Golden Knight. Diliberatore continued talking about playing his game, and not trying to do too much. He sounds as if he’s already gone through Vegas property training. However, that demeanor and quick success in college translated into international attention. Earning himself a highly coveted invite to Team Canada.

I definitely have some confidence and a little bit more comfort zone. Going back, knowing the guys from last time and the coaching staff. I think I’ll go into with an open mind and play my game and stick to that. I think I’m good in all positions and areas in the game. Quinnipiac and the coaching staff has allowed to play in those situations. -Diliberatore on The Pipeline Show

Hopefully, Diliberatore will break camp and get selected to play with fellow VGK prospect Peyton Krebs in the World Junior Championship. The tournament begins on December, 26th.

To hear the full conversation with Diliberatore, check out The Pipeline podcast.