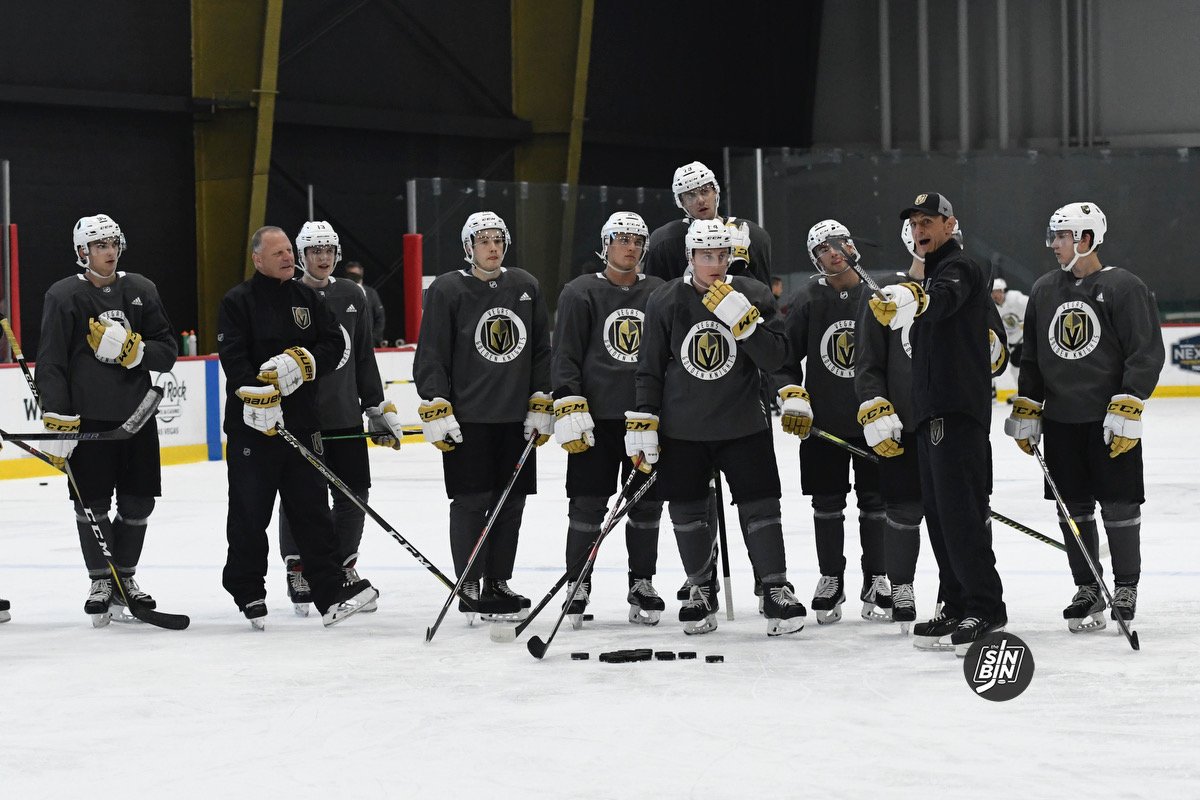 Gary Roberts’ staff has done a great job here reaching out to all of the prospects and helping us learn nutrition and the proper offseason training. When I was drafted I had never been in a weight room before. This past two years that’s been the main focus, more so off the ice. -Jack Dugan

Now that the Golden Knights prospects have gone back to their college or junior clubs, Vegas fans quickly turn their attention to the pro roster. Outside of drafts and camps, the majority of fans seldom think of the kids, but the organization always has their eyes on them. The Golden Knights are giving their prospects all the right tools for success.

They always want guys to get stronger and faster. There’s not really a time table for me but I’m always being told to keep getting bigger, faster, and stronger. -Jake Leschyshyn

We all see it; the facilities, coaching, training, nutritional education, equipment, and so forth. It’s all there. Individually designed workouts, structured diets, and developing an overall healthy lifestyle is the blueprint behind Vegas’ strength and conditioning strategies. It was built in mind for playoff runs now, and for years to come.

Oh, there’s also meal comps at the Red Rock Casino, game film of playing a 200-foot game, McPhee’s manual on how to be a buy-in, character type player, and Gallant’s guide on how to have fun. So, yeah it’s good being property of the Golden Knights… unless you planning on playing in the NHL any time soon.

Got to overcook em!