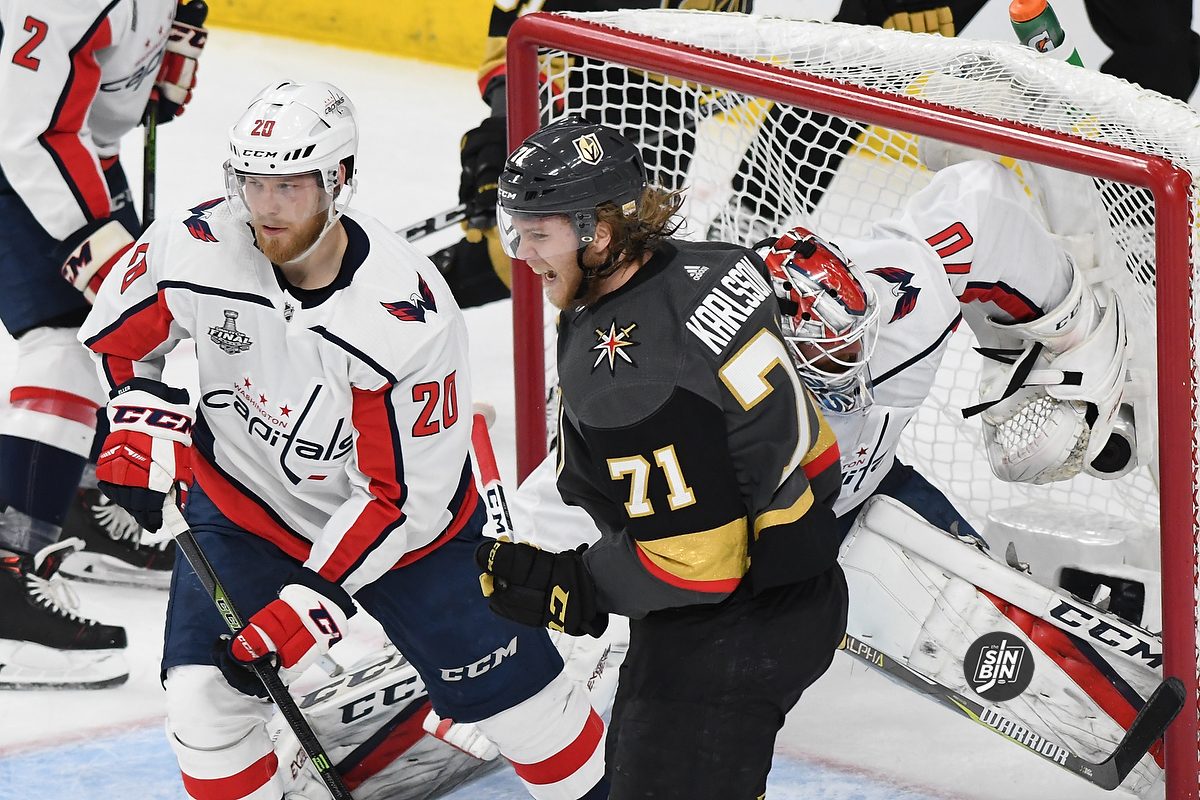 Just win baby. Are we allowed to use that? (Photo Credit: SinBin.vegas Photographer Brandon Andreasen)

The last time the Golden Knights gave up four goals and won a home game was on November 24th vs San Jose. The only other time Vegas allowed four at home and won was sixth game of the season when they beat Buffalo. In both games the Golden Knights led 4-1, watched their lead disappear, and needed overtime to seal the victory. Between those two games, the lead changed hands just one time.

Game 1 of the Stanley Cup Final was not the best time to once again give up four goals at home, but the outcome was the same as those two early season games, which in theory should be good enough and make everyone wearing steel grey happy. It didn’t.

For us, we’ve got to make sure we do a better job managing the puck. You see what happens when they start their cycle game when they start getting the zone and trying to make plays. It just goes to show you that we need to be better defensively in some areas where they were exploiting time and space. That’s something we’ve done really well the last couple of series, taking that away from teams. -Nate Schmidt

I don’t think either team was happy with the way they played. Hopefully, we can play a little tighter in the defensive zone. We let up four goals it’s going to be hard to win every game. -William Karlsson

Being “better” was common theme from just about every player in the Golden Knights locker room. Better in the neutral zone, better on the puck, better in their own end, just be better. None of these terms are uncommon to hear in a locker room following a game or the day after, but hearing them after a Stanley Cup Final win says a lot about the Golden Knights.

Turnovers on the blue line led to a lot of the odd-man rushes last game. They have a good transition game so we have to focus on not feeding into that. If we can be a little smarter with the puck it should help us. -Reilly Smith

I thought our start was decent… but we kind of let them back and let them going through the neutral zone there with a couple turnovers. We know how good of a team they are, they have a great transition, guys that can really skate and makes plays. We’ve got to be careful there. -David Perron

They were not happy with the game they played, even though they got the result they wanted, and it didn’t feel like a directive from the coaching staff to spew a message either, it truly felt genuine.

We didn’t like our game, it was a sloppy game. I think the other team is saying the same thing. We’ve got to be better. There were too many chances both ways. -Gerard Gallant

Think about that. They win the game 6-4. They have a 1-0 lead in the series that determines the entire season in the NHL. Yet still, they believe they must be better.

They aren’t planning on it, but if it does happen, we’ll take it too.