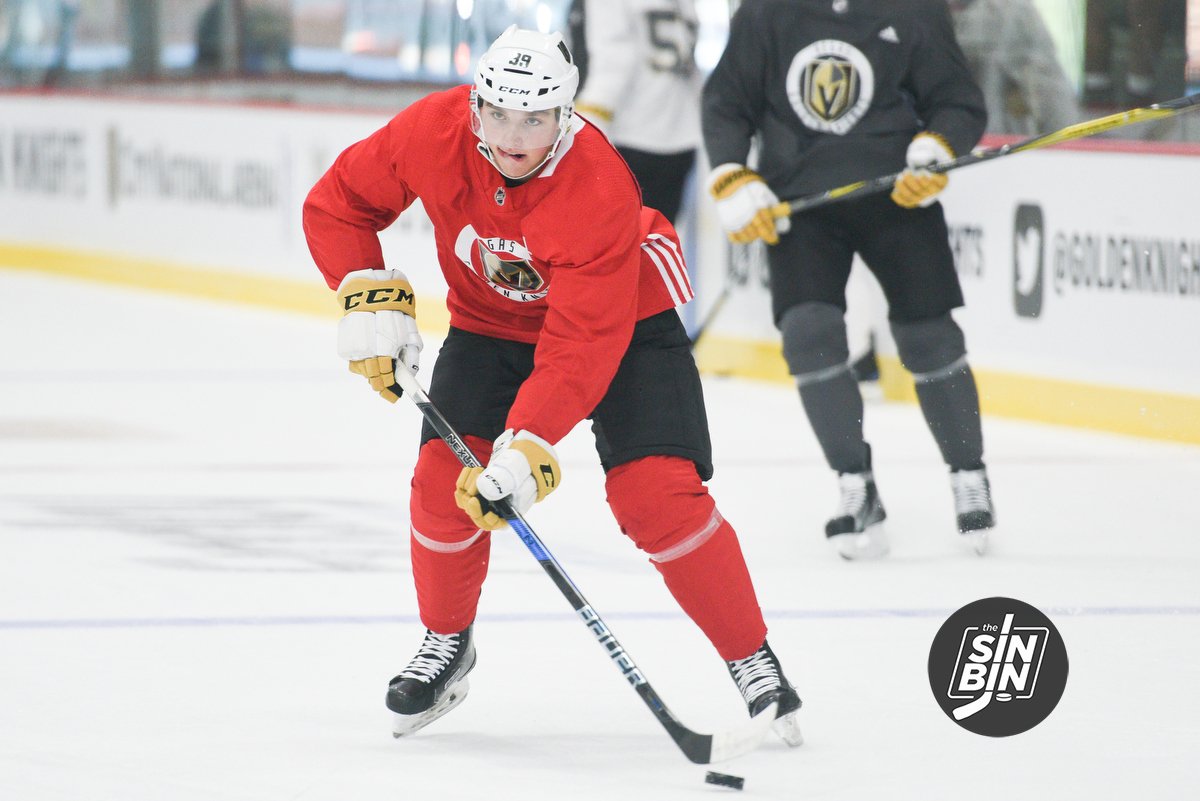 Peyton Krebs is a skilled forward from the Kootenay Ice of the WHL. He’s described as a high-end playmaker and a constant difference maker and excelled despite playing for one of the worst teams in the WHL. Most consider him one of the best forwards eligible for the 2019 NHL Draft.

However, last week it was revealed that he tore his Achilles tendon in an offseason training session.

Mishap happened Tuesday on the ice … another player's skate blade cut through Krebs's cut-proof sock and into his Achilles tendon. Underwent surgery for partial tear Friday in Calgary. Full recovery expected, according to agent Kevin Korol. No timeline yet. https://t.co/Ih6zS4OWV1

Now, a player previously considered a top 10 caliber pick could slip down the draft boards of many teams. What was once a player the Golden Knights had almost no chance of getting ay pick 17, suddenly might be available when Vegas is on the clock on June 21st.

The question is whether George McPhee, Kelly McCrimmon, and the Golden Knights front office would be willing to take the leap of faith that he’ll recover and end up being the player he was projected to become.

The Golden Knights have only participated in two entry drafts since becoming a franchise. In the first of them, in 2017, they selected Jake Leschyshyn with the final pick of the 2nd Round. Four months prior to the selection Leschyshyn was widely considered a 1st round talent, but his season was cut short when he tore his ACL. This didn’t stop the Golden Knights from selecting him as what could be viewed as a value pick late in the 2nd Round.

Leschyshyn was not able to attend Development Camp, skated throughout all of Rookie Camp in September in a non-contact jersey, before heading back to the Regina Pats of the WHL for the 2017-18 season. Since then, he’s been to a Memorial Cup Final, scored 81 points in 61 games with Regina and Lethbridge in 2018-19 and even made a few appearances with the Chicago Wolves following the WHL season.

Last I spoke to Jake, he told me the knee is no longer a problem and it’s completely behind him. Time will tell if he’ll live up to be the player he was projected to be, but the only thing the injury appeared to do was see him slide in the draft.

The stakes are higher with Krebs. Where Leschyshyn was expected to be a defensive stalwart with offensive up-side, Krebs is an offense driving center who has great vision, hands, and top end speed. Leschyshyn looked like a bottom-six NHL player who would kill penalties for a good team, Krebs looks like a bonafide top line center.

I have to find out the full extent of the injury, but I don’t think that’s going to affect what spot he gets picked. Jim Benning, Vancouver Canucks GM to The Province

That’s just one GM, who happens to pick seven spots before Vegas. Despite what he says publicly, the injury will play a factor in the decision to draft Krebs.

If he’s there at #17, it’s going to be a tough call for the Golden Knights, but based on their past, if he’s there, it would shock me if Krebs is not the first pick with McCrimmon at the helm.