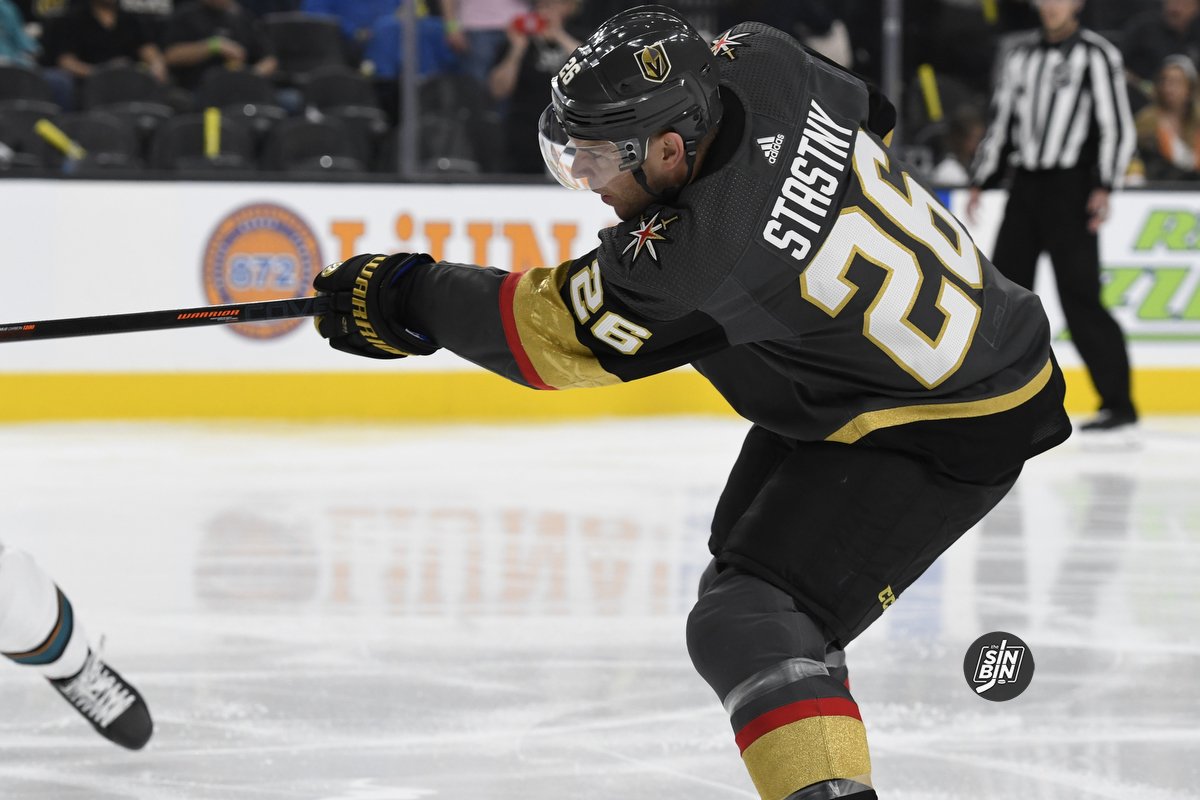 On the other side, when Vegas loses, Stastny rarely shows up on the score sheet. In 21 total losses this season, he has only two points. His points per game drops to an alarming 0.095.

Ken wrote why he thinks the numbers are down, which may be fair, but the fact is since the organization committed 7.6% of their payroll to Stastny they simply can’t afford to his numbers to be where they are, no matter what the excuses are.

One thing is clear about the 2019-2020 Golden Knights, they’re offensively inconsistent, and Stastny is one of the main reasons why. He’s had 4, 5, and 8-game goal droughts this season and a 21 game assist drought to go along with other 5 and 6 game assist droughts. In a three-game span in November, Stastny had no shots on net, no points, and played less than his average TOI in each game. It was during a stretch when the club desperately could’ve used his offense.

Vegas is 4-4-2 in games when Stastny doesn’t register a shot. He’s posted a -7 rating with only one assist in those games.

Since November, Stastny has been mostly relegated to the third line, centering a group of several Golden Knights forwards. With Alex Tuch by his side, the duo should be able to drive enough offense no matter who is skating beside them. Unfortunately, there hasn’t been much success. Tuch has five goals, and none of them were assisted by Stastny. Even more concerning, the veteran center only has two primary assists all season. A contending team needs far more from their second or third best center.

One and half seasons into his three-year, $19.5M deal with Vegas, Stastny has played a total of 99 out of a possible 131 games. When healthy he’s been last year he was consistently productive, helping his talented linemates succeed. However, this season with Stastny’s role decreasing and playing a position normally filled by a defensively-minded Cody Eakin, the contract doesn’t look so good. Would Stastny have found his way down a line over time? Sure, but I doubt the organization was planning on it so soon.

While I agree that less time on ice and a minimal offensive zone starts hurts Stastny’s point production, it still shouldn’t be this low. No matter how you break it down, 16 points in 42 games is very concerning. Especially, when more than half of his points are and more of the goals came in October.

Am I ready to say the miles are catching up on the 34-year-old? Not completely, but I’m also not ruling it out. Stastny has played 916 career NHL games. That’s 91 more games than Marc-Andre Fleury (825), and 182 more than Max Pacioretty (734). As a top-six player for most of his career the minutes start to pile up.

Vegas’ front office scouts players, project points, and negotiate contracts. If they felt the player would begin to fade 18 months into his deal they wouldn’t have offered $6.5M per, and definitely not for three seasons.

So, I’m expecting a turnaround for Stastny in the second half because there better be or his contract which already looks bad now is going to look really bad next season.