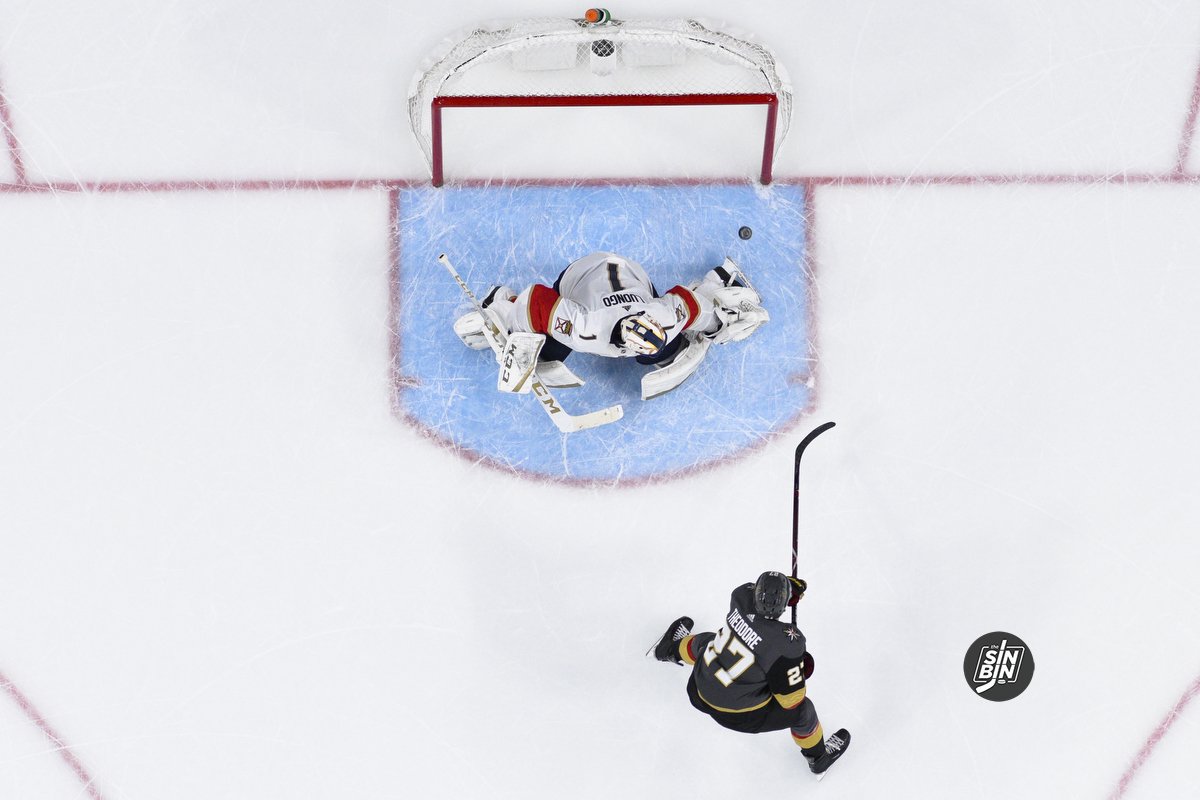 All summer long the discussion has been centered around offense and goaltending. That debate will go to and likely through Opening Night. Who’s going to score and who’s going to stop the puck?

The one area that’s being overlooked is the Golden Knights’ defense and specifically Shea Theodore.

Entering the second half of the season the Golden Knights were struggling offensively. Theodore was part of the problem. He had six goals in the opening three months only to go on a 68-day slump. From January 20th to March 30th, Vegas played 29 games and earned a paltry 30 points. During that drought, the team couldn’t generate enough offense, and Theodore went cold. The left-handed right-side defenseman played 27 games, went scoreless, and registered just nine assists.

Eventually, Theodore broke out of his funk and became a reliable source of offense down the stretch. In Vegas’ last 13 games, the defenseman added six clutch goals to keep his team in the playoff chase. The Golden Knights went 4-0-1 in games that Theodore scored from late March to the end of the season. Had he gotten some help from Mark Stone (9 Games, 1 Goal, 1 Assist) or others, the Golden Knights would likely have qualified for the playoffs.

We all remember how dangerous Theodore was in the 2020 playoff bubble. Most assumed that performance would springboard him into the next level of defensemen. Unfortunately, last season his production was stuck in the mud.

This season we should expect more consistency throughout the schedule from Theodore. With the addition of new coach Bruce Cassidy, it’s possible the slick skating defenseman can make a bigger impact. Perhaps the new coach will find ways to generate more success on the power play for the team and Theodore. It’s hard to blame their failed PP on any individual but one power play goal in 78 games from #27 is unacceptable.

This shouldn’t be taken lightly. The Golden Knights desperately need Theodore to increase his offensive numbers. The team was stripped of goal scorers in the offseason and Cassidy will need every weapon in order to secure a playoff spot. If Theodore has a career year the front office won’t need to look under any cushions for offense.

Personally, I believe in the Theodore we watched in those final 13 games of last season than the player that couldn’t find the net for two months.