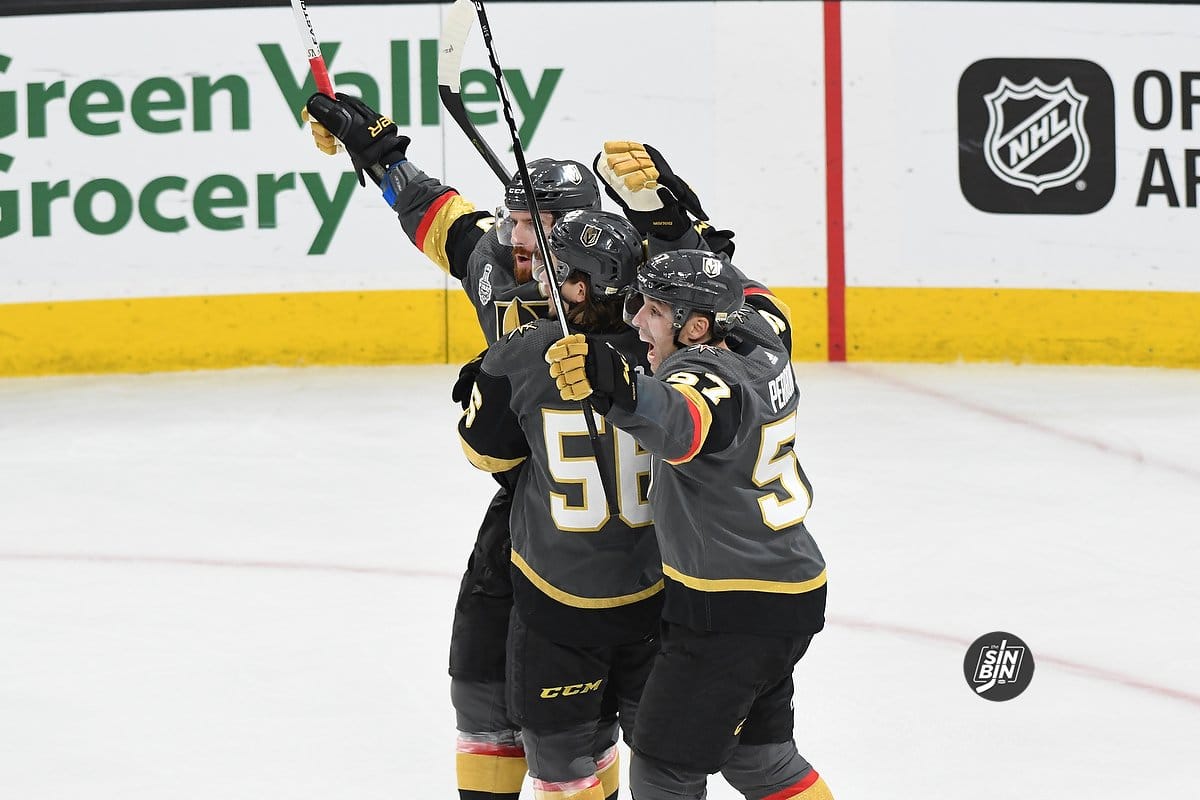 It feels like the team that took the ice for the Golden Knights in the 2018 Stanley Cup Final is a distant memory. The group of players and coaches that led Vegas to one of the most memorable seasons in NHL history has been taken apart piece by piece over the past two and a half years.

Since that series, 921 days ago, the Golden Knights have a new head coach, new goalie, seven new forwards, and four new defensemen in their projected starting lineup. That’s half of their top-six forwards, half of their top-four defensemen, and more than two-thirds of their starting lineup replaced less than three years removed from a trip to the Stanley Cup Final. It seems like massive turnover, especially for a team that’s been good.

But how does it stack up with the rest of the league?

To answer that question, I went through the current rosters of all 31 teams and compared them to the 2017-18 season. To simplify the process, the only metric I used was total time on ice. The six forwards who logged the most time on ice in the 17-18 season were considered the “Top-Six,” the four defensemen with the most were the “Top-Four” and the next six forwards and two defensemen were considered “Starters.” The goalie was based on which goalie was considered the starter then to which is expected to be the starter now.

We’ll start with the easy ones, head coach and goalie. The Golden Knights have swapped both putting them among 14 other teams to have done so since 2017-18. Most of the 14 are bad teams like Ottawa, Buffalo, New Jersey, and the New York Rangers, but teams like Philadelphia, Washington, Carolina, St. Louis, and the New York Islanders are included. So, we’ll say that’s not that abnormal.

Next we move to the “top” groups, the top-six forwards and the top-four defensemen. Using the method of total time on ice, Vegas has retained just four of their top 10 players. Those are William Karlsson, Reilly Smith, Jonathan Marchessault, and Brayden McNabb. Of course, Shea Theodore missed a chunk of the first season and then eventually took over a role in the top-four from Colin Miller, so, it’s fair to say Vegas has kept five of the 10.

13 teams have kept five or fewer of their Top 6/4 players since 2017-18. The majority of these teams are bad. Ottawa and the New York Rangers were the only two to keep less than four, with Ottawa keeping just one and New York only two. Of the teams to keep four, they include Florida, Detroit, Vancouver, and Minnesota. Of those to keep five, we find Los Angeles and Buffalo. However, among these groups, there are some good teams; Pittsburgh (4), Colorado (5), Carolina (5), and Toronto (5).

On the flip side of that, the three teams to keep the most are three of the best in the NHL. The New York Islanders still have an incredible nine of their top 10 players from three seasons ago. Tampa Bay and Washington both have eight. Columbus, St. Louis, Edmonton, and Winnipeg each have seven.

Finally, we get to the overall roster. Again, this is based on the 18 skaters and one goalie with the most total time on ice from the 17-18 season compared to the current roster. The Golden Knights return seven of the 19 from their Western Conference Championship season.

That’s fewer than 18 of the 32 teams and equal to another five. Thus, only seven teams in the entire league have had more roster turnover than the Golden Knights. Those teams are Ottawa (1), New York Rangers (2), Pittsburgh (5), Florida (5), Toronto (6), Buffalo (6), Calgary (6). Between those seven teams, not even one has won a single best-of-seven playoff round in the past two seasons and only Pittsburgh has won one since 2017-18.

Let me repeat that, the seven teams tied with the Golden Knights in roster turnover have a combined one best-of-seven playoff series win in the past three seasons. Vegas has five.

Meanwhile, the teams with the least roster turnover, New York Islanders (16), Boston (12), Tampa Bay (11), and Winnipeg (11) have won a total of 15 best-of-seven series between them including five trips to the Conference Final, two to the Cup Final, and one Stanley Cup.

So, in conclusion, roster turnover in the NHL is not uncommon at all. In fact, the Golden Knights aren’t even in the top five for the most turnover in the past three seasons. However, that doesn’t mean Vegas is in good company with how much their roster has changed since they shocked the world in 2017-18.

There are only three teams to meet the following conditions, which have also been met by the Golden Knights. New coach, new starting goalie, less than 37% retained starting lineup, and 40% or less retained top 6/4. Those three teams are the Ottawa Senators, the New York Rangers, and the Florida Panthers.

If I didn’t know better, I’d think the Golden Knights are in the midst of a complete rebuild, not trying to repeat what they did just two and a half years ago.

Golden Knights To Wait For Vaccine Like Everyone Else