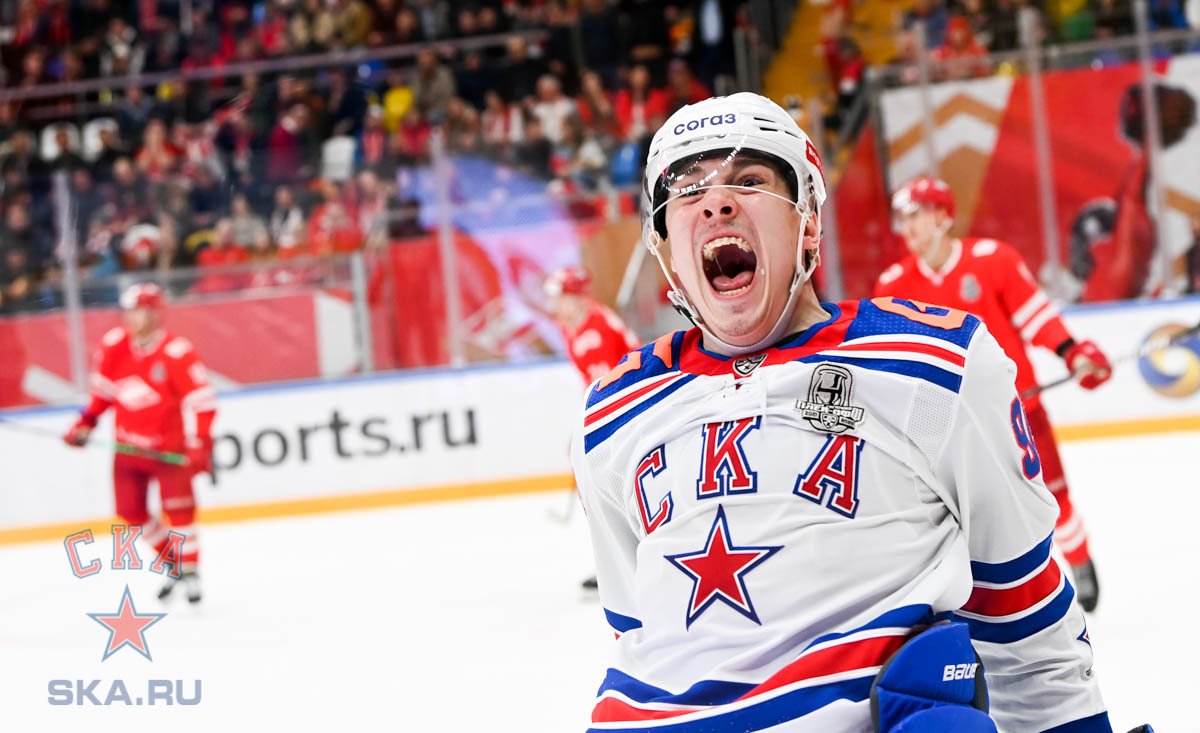 The Golden Knights’ record with Russian players isn’t exactly sterling. However, it has been improving over the past few seasons. After drama-filled experiences with Vadim Shipachyov, Nikita Gusev, and Valentin Zykov, the Golden Knights have started to see some success stories. Daniil Miromanov made an impact at the NHL level, 2018 2nd round pick Ivan Morozov made the leap following the KHL season and quickly stepped in with the Silver Knights, and he played with teammates Pavel Dorofeyev and Maxim Marushev who were both stalwarts for Henderson.

Now, the Golden Knights have their eyes on another standout from the KHL and one who could instantly help the NHL team if things work out.

There’s still some time here, probably about a month before KHL free agent Andrei Kuzmenko makes his decision on where he’s going next year. There’s been a lot of interest, among the teams Vancouver and Edmonton on the Canadian side of the border, Vegas, Carolina, and Nashville in the US. –Elliotte Friedman on Sportsnet

Kuzmenko is a 26-year-old right-handed winger who has spent the last eight seasons playing in the KHL. Last year, playing for SKA St. Petersburg his 53 points in 43 games ranked 2nd in the entire KHL.

Dan Milstein, Kuzmenko’s agent, described him as a top-six type forward in the NHL who will have a strong impact on the power play. He’s also familiar with the aforementioned Morozov, having played together with SKA, but Milstein doesn’t expect that to play much of a role in Kuzmenko’s decision on where to play.

The hockey business is fairly small, so everybody has played with everybody or against each other. So when you look at coming to North America you don’t select a team because they have somebody you used to play with. –Dan Milstein, Kuzmenko’s agent to Canucks Conversation podcast

Nonetheless, Kuzmenko represents an opportunity for the Golden Knights. A creative scorer who is great on the power play and shouldn’t come with a gigantic price tag is exactly what Vegas is looking for this offseason.

This offseason is going to include more subtractions than additions as the Golden Knights work their way back under the salary cap. Adding Kuzmenko would go a long way in balancing the scales in regards to skill added vs. lost.