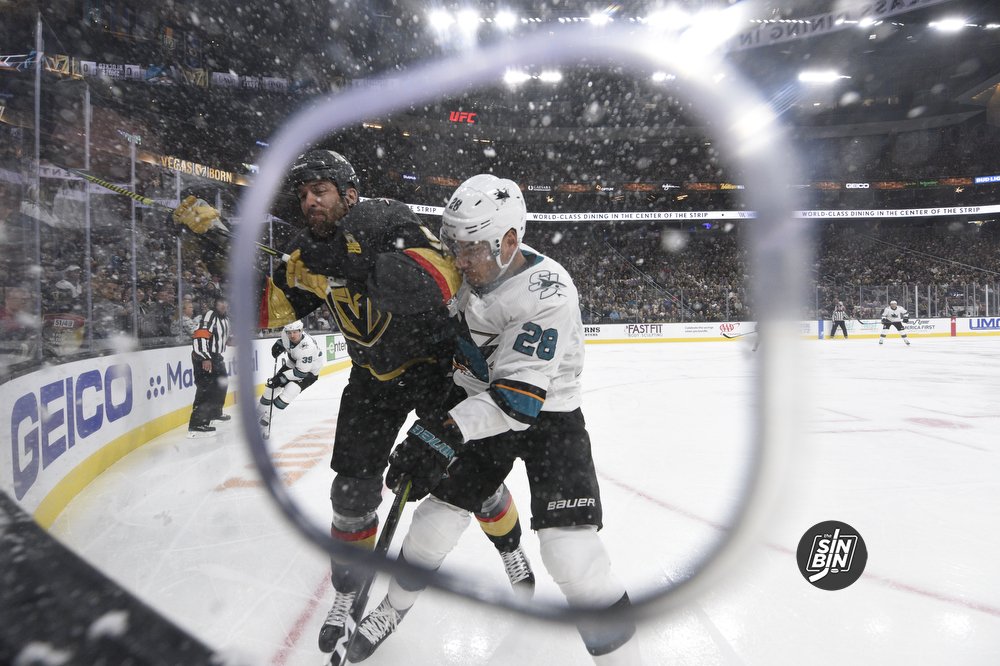 Since the start of the franchise, one of the constants has been Deryk Engelland. The 37-year-old veteran has been trusted to shoulder a lot of the defensive responsibility for the Golden Knights no matter the situation.

He’s consistently been the first man over the boards any time the Golden Knights are killing a penalty. He’s been paired with top defensemen (Schmidt, McNabb, Theodore)  throughout the entirety of his VGK career, and he’s third in total ice time for Golden Knights skaters in franchise history.

But through three games, there’s started to be a shift. His minutes are starting to decline, he’s starting fewer shifts in the defensive zone, and his production is dipping with it.

Engelland’s average time on ice this season is 17:59, which is down more than two minutes from his Golden Knights career average. This number is heavily aided by the 13 power plays Vegas has defended. He’s spent 14:34 on the kill, with the next closest Golden Knight more than three minutes behind at 11:21 (McNabb).

Thus, with penalty kill time up and total time down, that means he’s playing much less at even strength. Digging into it, the numbers are alarming. Here are the 5-on-5 TOI numbers for Vegas defensemen through three games.

Yep, you are reading that right, Nick Holden is receiving seven more minutes per game at even strength than Engelland. Last night, Engelland played nine fewer minutes than Jon Merrill at even strength.

Last year, Engelland averaged 16:30 of even-strength time per game. They leaned on him even heavier in the playoffs averaging 17:34 per game at even strength against the Sharks. That’s almost four and five minutes more than he’s gotten to open this season, while his PK time has remained virtually the same. 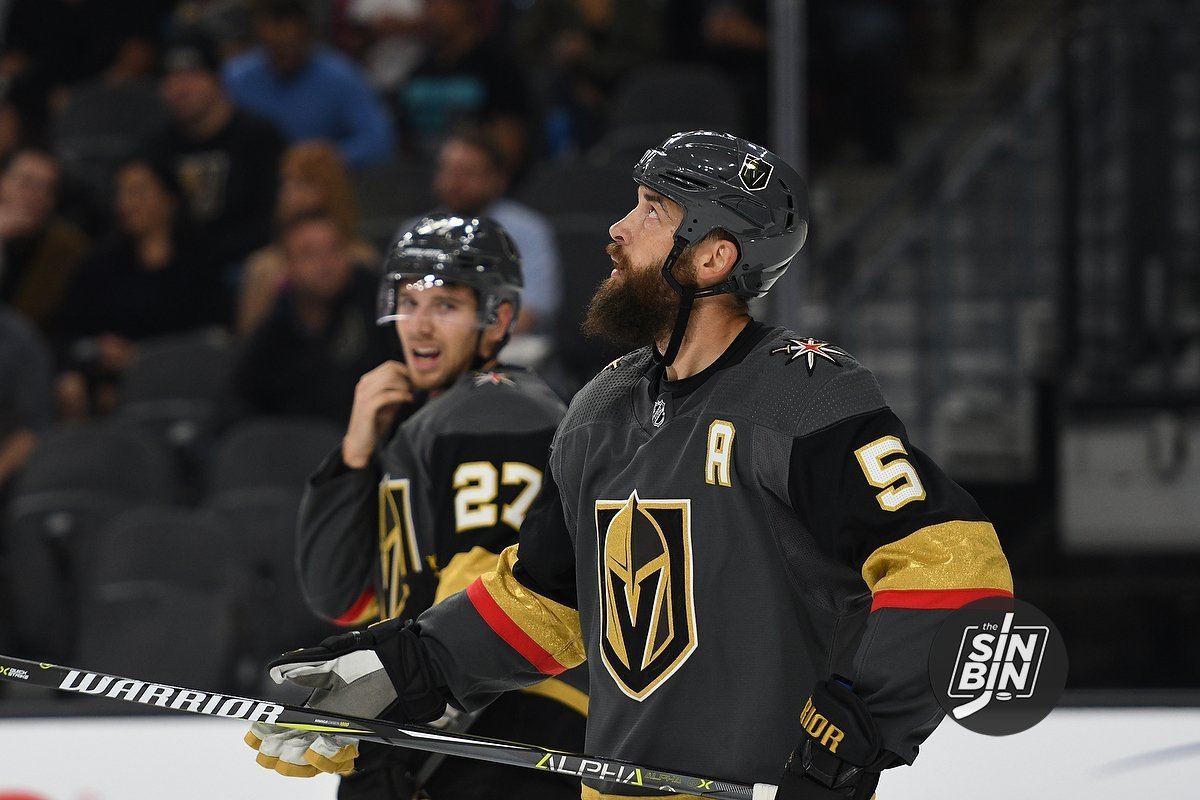 A bit has to do with his partner being a 20-year-old rookie making his first two career NHL starts, but that’s not fully to blame. In the opener, when the Golden Knights played most of the game with five defensemen after Schmidt got hurt. Engelland played by far the least at even strength coming in more than four minutes short of each of the other defensemen and seven minutes behind Holden. He did play over five minutes on the penalty kill in that game, but still came in last in total TOI for the defensemen.

Engelland is second in total even strength ice time in Golden Knights history, behind only McNabb. This year, he’s in ninth, behind the four other defensemen, and Marchessault, Pacioretty, Karlsson, and Stone.

It’s an incredibly small sample size, but through three games, the Golden Knights are seemingly trying to pull the reins in on their oldest player.

Why? That could be any number of reasons ranging from load management to poor play. We’ll never get a straight answer on that. But coaches can’t help but show their hand when they are placed in game situations. If Engelland continues to play limited minutes, it will pretty clearly tell us that he’s no longer considered the shut-down defenseman he once was here in Vegas.

It’s too early to say that now, but the numbers are certainly pointing that way through a week’s worth of hockey.