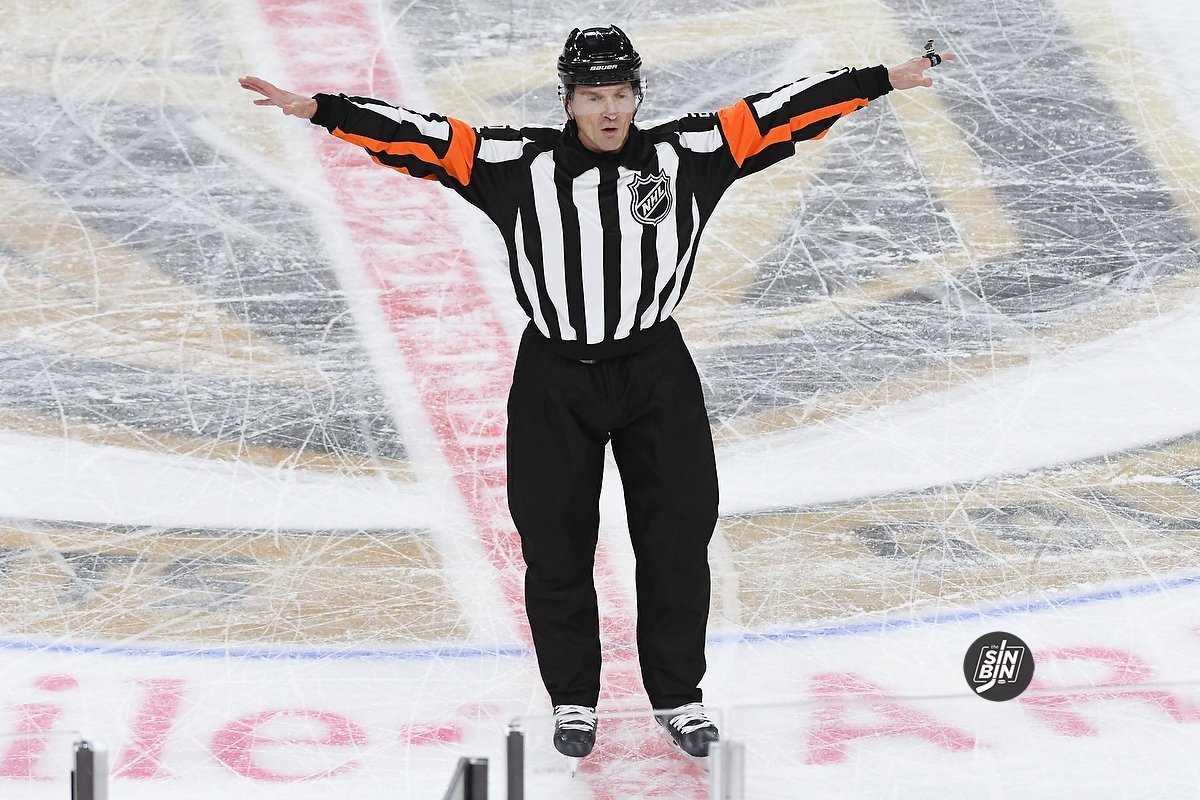 Remember that one time Eric Furlatt and Dan O’Halloran made up a major penalty and it cost the Golden Knights a series and potentially a shot at winning the Cup?

Well, the NHL still does too.

Following the incident we now refer to as #NotAMajor, the NHL installed a new rule that would prevent it from ever happening again. It materialized as Rule 20.6 in the NHL Rule Book.

On-Ice Video Review of Major Penalties – Referees shall review all plays that result in the assessment of any Major Penalty (other than a Major Penalty for Fighting) for the purpose of confirming (or modifying) their original call on the ice.

Under that rule, referees were only allowed two options after watching the video of the penalty. They could either confirm the call as a major penalty or reduce the original call to a minor penalty for the same infraction.

When this rule was first put in, it seemed peculiar because even with the new rule it still would have resulted in the Cody Eakin play being called incorrectly. The review would have clearly rescinded the major penalty, but Eakin would have headed to the box for 2 minutes on a cross-checking penalty that didn’t happen. (Eakin was also thrown out of the game for the play. This would have been rescinded as well.)

Even under the newer stricter cross-checking rules that were in place last season a shove off a faceoff would not be ruled a minor penalty.

Well, it appears after three years in place the rule is getting tweaked again, this time allowing for the correct call to be made on the ice every time.

There is something going and I believe the competition committee has already hear it. Now it’s going to the Board of Governors. Basically what it comes down to is there was a play this year where Nathan MacKinnon took a big hit from Taylor Hall and MacKinnon’s own stick bloodied his nose. They called Hall for a major penalty and they looked at the video and saw it was his own stick, but you can only take it down to two (minutes). Now they’ve suggested you can take it down to zero. –Elliotte Friedman on 32 Thoughts Podcast

I’d suspect this rule tweak will pass without much hesitation as it’s probably the way it should have been instituted in the first place. Nonetheless, next year, expect every major penalty to be reviewed with the option of the referees rescinding the call completely if necessary.

In other rules/video review related news, despite the coaching change, the Golden Knights will still have their secret weapon when it comes to coach’s challenges. Dave Rogowski, VGK’s video coach, will remain on staff in the same position under Bruce Cassidy.

Last year, Rogowski went a perfect five for five on challenges including four offside reviews and a goalie interference.