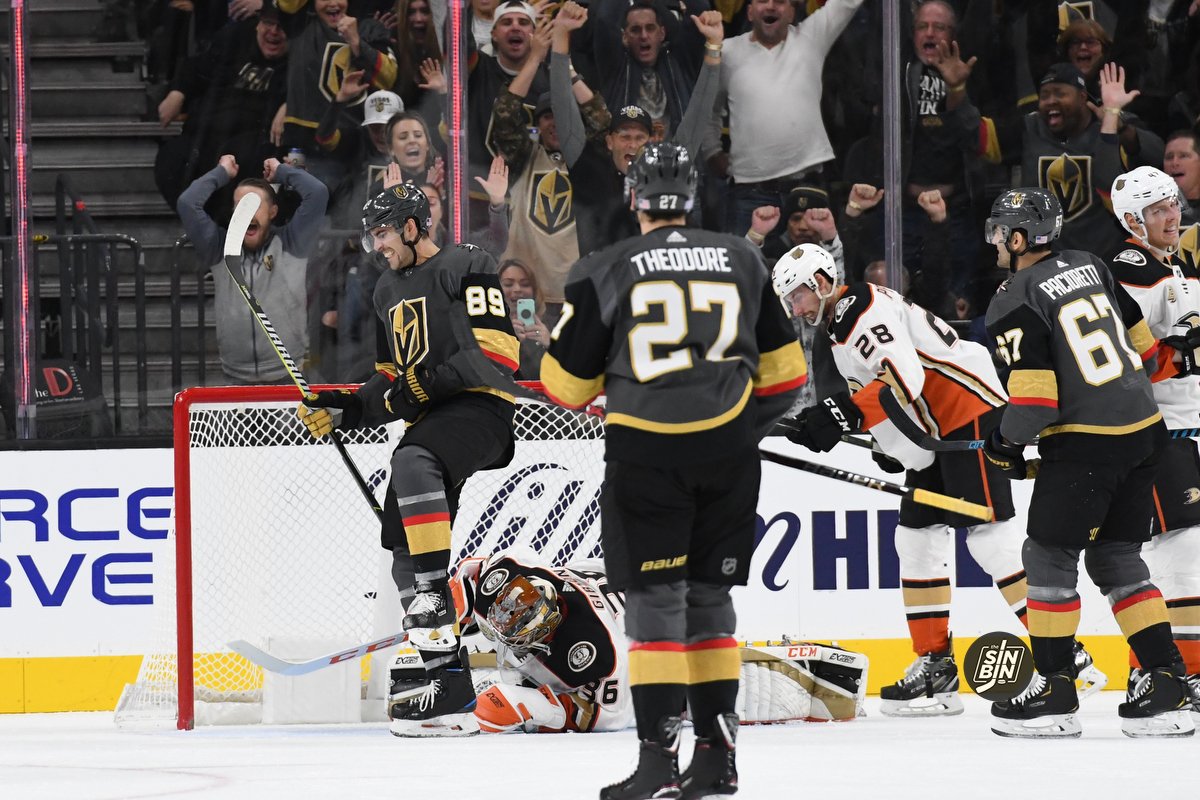 Over the course of the first season and a half for the Golden Knights, no matter what else was going on, they could always rely on their ability to win at home. They went an unbelievable 29-10-2 at T-Mobile Arena in 2017-18 and backed it up by starting 16-4-3 at home to start 2018-19. But since, it’s been a bit of a struggle.

They finished last year at 10-6-2 before dropping a crucial Game 6 at home leading to a first-round exit. This year they’ve actually lost more games inside of T-Mobile Arena than they’ve won, posting a 4-3-2 record.

If you dig into the stats, you’ll see they’ve been scoring fewer goals, shooting much less, and for the most part not controlling the flow of the game even close to as often as they used to.

I don’t think it’s anything with personal or the style of play or anything like that. I just honestly think it’s a mentality thing. We’ve got to play a little bit harder, little bit chippier. We’ve got to really want to dominate teams. I think we are going out to just try and win, we want to go out and try to dominate. It makes winning that much easier and I think it makes everyone around us better. -Alex Tuch

Tuch has been watching from the sidelines for all but four periods this season, and he’s seeing exactly what most everyone else is seeing. While he was speaking about the team in general, in my opinion, his comments translate to the team’s play at home even more than on the road.

They haven’t looked truly dominant at home aside from one game this year, the season opener against the Sharks. That looked like a team that not only wanted to win, but wanted to absolutely embarrass their opponent.

As Tuch said, they are simply looking to win as opposed to looking to dominate. So, when they get a lead, they have been prone to sitting back and absorbing pressure instead of applying it.

In just the last two home games, Vegas was outshot 27 to 14 in the 3rd period, leading to two collapses and frustrating losses. This season, the Golden Knights have scored just two even-strength 3rd period goals at home, and they both came in the same game against the Calgary Flames. Meanwhile, they’ve allowed seven, including three in the past two games.

For us right now it’s about finding ways to finish teams. You look at the game in Toronto, you look at the games against Montreal and Winnipeg, and especially in Detroit we have tons of chances to score goals and put teams away and we haven’t been able to do that. -Mark Stone

The killer instinct definitely hasn’t been there, but they’ve also seemed to let things snowball on them when the going gets tough. They’ve given up three straight goals in five of their nine home games.

We have to find a way to be resilient and hopefully, these last couple of games can give us the experience we need to overcome this adversity and be better from it. -Max Pacioretty

Tonight starts a stretch of five of the next six and six of the next nine at home. It starts with a game against a team the Golden Knights have never lost to in franchise history, the Chicago Blackhawks. A team that is struggling to score, struggling to defend, and majorly struggling to win. Vegas will enter as massive favorites and it’s time they look like it by dominating from start to finish.