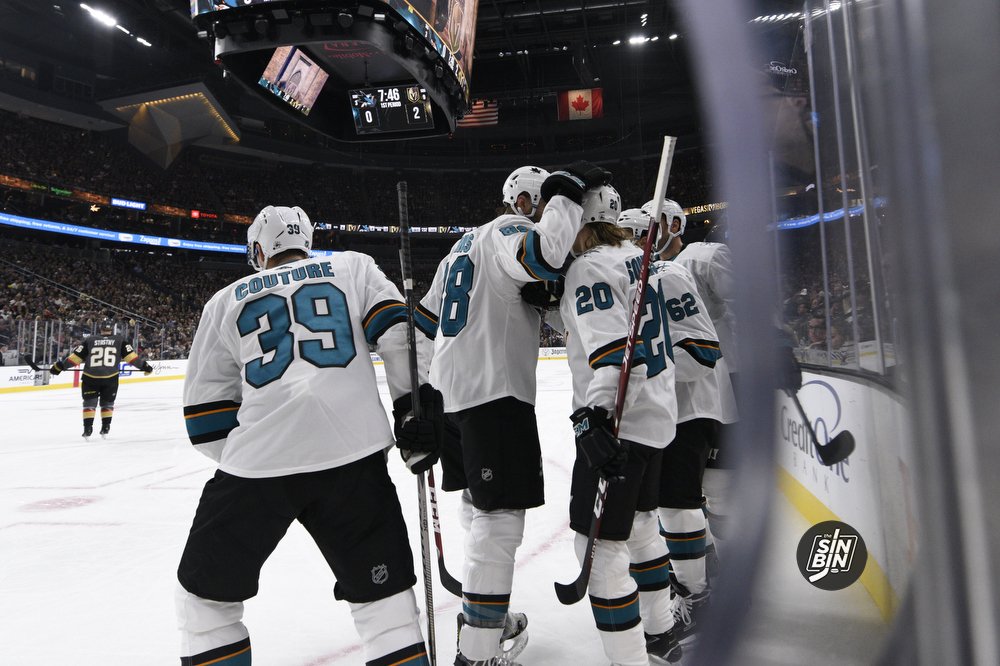 Shortly after Pete DeBoer was named head coach of the Golden Knights he began the process of implementing the changes he wanted to see to their systems.

The guys would gather at the team hotel to go over breakouts, d-zone coverages, neutral zone play, special teams, and everything else that went with the tweaks DeBoer wanted to see from his new team. It was all fine and well until the lights turned off.

On came the video clips and the playlist went something like this.

Yeah, in my head I was like, ‘is that shit going to last long or what’s the deal here?’ -VGK Forward

The only footage DeBoer had of players playing his system was from his former team.

Yeah, it was pretty brutal because I felt like every time we played them, we were the better team, so it was weird to see those clips. -VGK Defenseman

It just so happens that his former team is the team his current team went to war with time and time again and developed a genuine hatred for.

That was a little tough at the beginning. You are sitting there watching it thinking, ‘these fuckin’ guys?!?’ -VGK Defenseman

Imagine the Golden Knights watching Brent Burns, Logan Couture, Joe Thornton, and all of the other guys they can’t stand and being told, “this is how you play hockey.”

By all accounts though, it only went on for a few days and no one remembered any specific clips that involved the Sharks succeeding against the Golden Knights.

It didn’t take long because we were starting to do the things he wanted to pretty quickly into it. -VGK Defenseman

Now, thankfully, it’s all clips of the Golden Knights and according to DeBoer, they are mostly reinforcement clips, not so much educational.

We don’t see them often anymore. We have better clips now. -VGK Forward