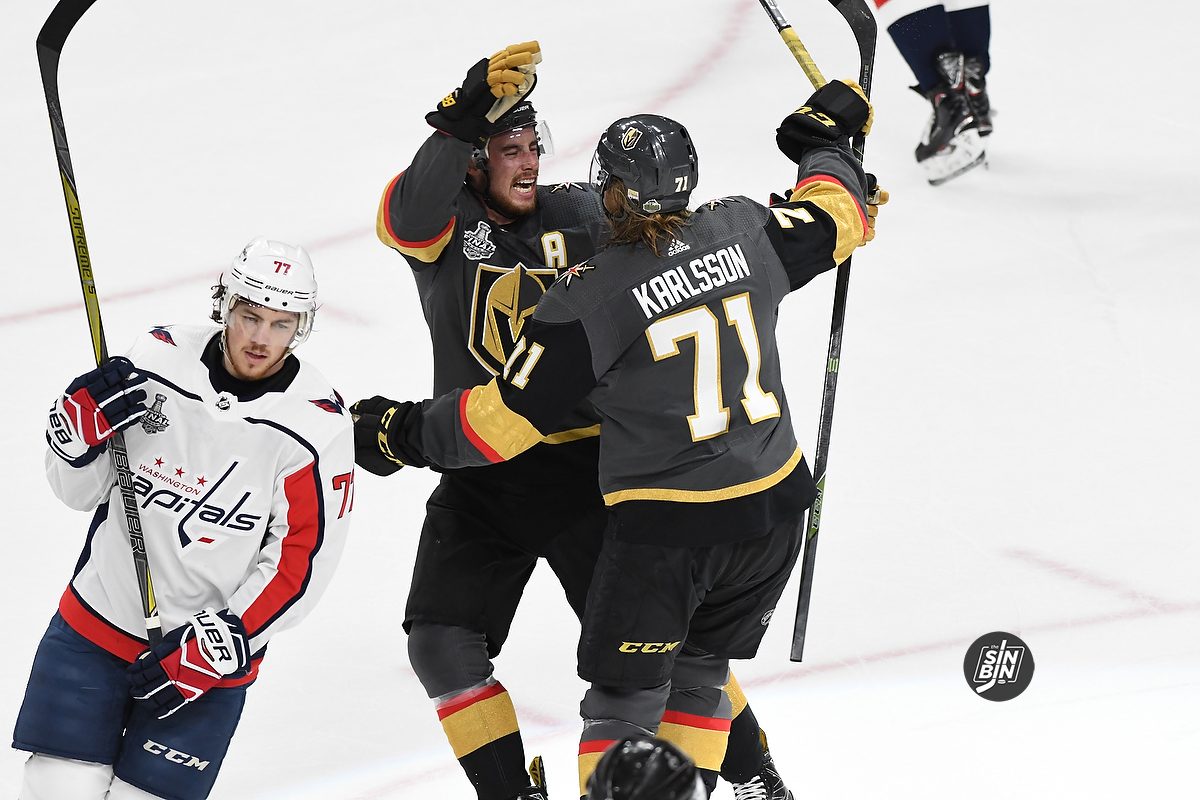 They scored two goals, but described themselves as rusty and “not good enough.” That’s got to be a scary thought for Washington. (Photo Credit: SinBin.vegas Photographer Brandon Andreasen)

The Golden Knights top line has been one of the best in the league all season, both offensively and defensively. Not only have they been terrorizing defenses all season and into the playoffs but they’ve been incredible shutting down the opposition’s top line throughout as well.

Last night in Game 1 it was all going swimmingly for Jonathan Marchessault, William Karlsson, and Reilly Smith early. At a point in the 2nd period, their line had a 100% Corsi For rating against 12 of the 17 skaters that they had significant time playing against. Karlsson and Smith each had a goal and the line was controlling play pretty much the entire time they were on the ice.

Then, it changed. The Vegas top line was on the ice for the next two Washington goals (Carlson and Wilson) and was no longer taking it to the Capitals. They ended the game with about a 60% Corsi For, a 0 +/- rating, and feeling like they could have been the reason if that game had slipped away.

Little rusty the 1st period. It was not good enough for us. We can’t be on the ice for two goals like we were. One goal was my fault and definitely we need to be tighter defensively and we’ll be ready for Game 2. -Jonathan Marchessault

Part of the reason for the change was the matchups they were facing. Early in the game a majority of their time was spent against the Capitals top offensive line of Alex Ovechkin, Evgeny Kuznetsov, and Tom Wilson, but as the game wore on the matchups became more random.

It may not seem it because of the star power on the Capitals, but the Golden Knights have the advantage between the two top lines. Jack Adams finalist Gerard Gallant has the last change in Game 2, he’d be wise to use it to get Marchessault, Karlsson, and Smith on the ice as often as possible against Ovechkin, Kuznetsov, and Wilson.

Luckily for the Golden Knights, the mismatches created an opening for the “fourth” line who played one of its best games of the season.

Vegas’ top line vows to be better in Game 2, if they are and they play most of their minutes against Washington’s top line, the series will likely head to DC at 2-0.