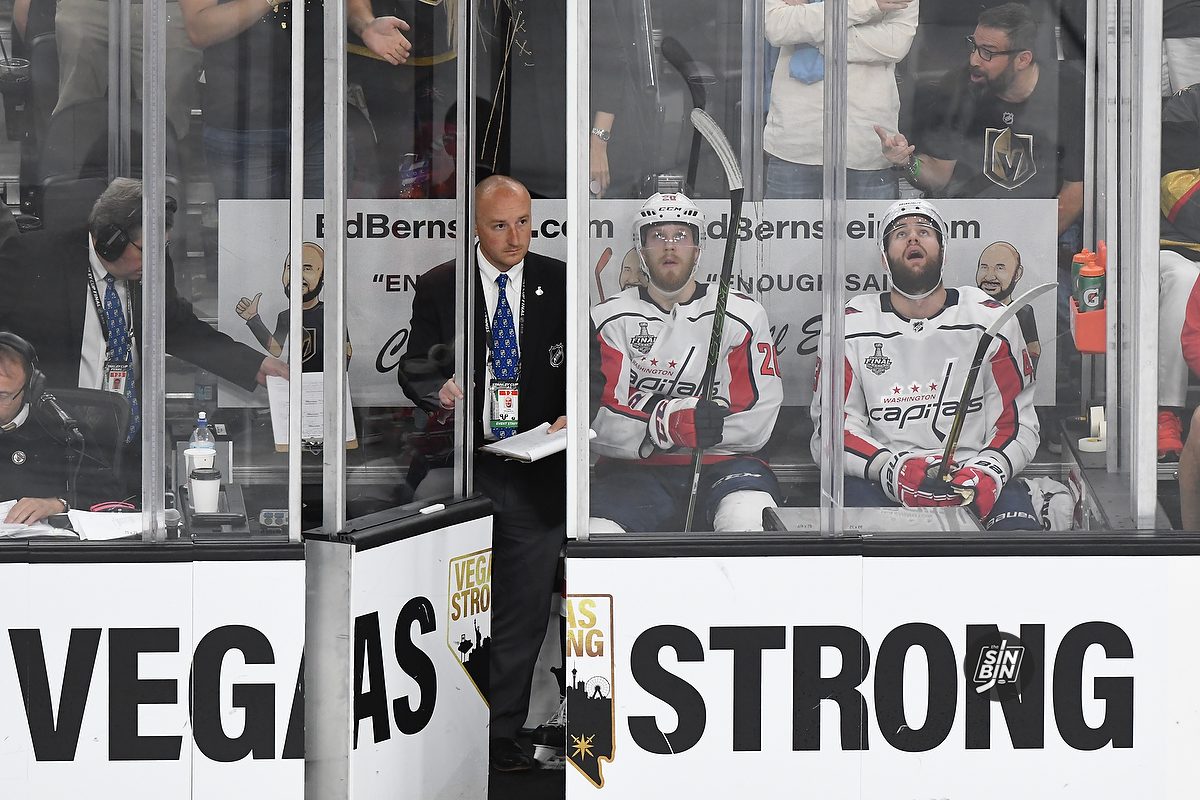 5-on-3’s changes games whether goals are scored or not. Vegas was on the wrong side of it in Game 2. (Photo Credit: SinBin.vegas Photographer Brandon Andreasen)

John Carlson called it a “momentum shifter,” Barry Trotz said he was “praying like crazy”, and Jonathan Marchessault said “they played it well.” The Golden Knights unsuccessful 5-on-3 power play in the 3rd period was a major turning point of Game 2.

Definitely when you have a 5-on-3 in the playoffs you have to score, and I think that’s on us. -Jonathan Marchessault

Early in the 3rd period, Tom Wilson took his normal residency in the box for an interference penalty on Brayden McNabb. This gave Vegas a two-minute power play with 16:47 remaining in the game.

Two faceoffs, a stoppage in play, and a Colin Miller shot attempt later, the Capitals made a second blunder. Lars Eller was caught hooking Miller, creating a two-man advantage for Vegas.

I was praying like crazy. They’ve done a really good job in those situations. They’re well prepared and they have a high commitment level. -Barry Trotz, Washington head coach

For the next 1:08, Vegas did very little and only shot once on net.

The chances are there. Really, we didn’t execute them. You look at it back, and everything we wanted to do was there. We just didn’t execute the play right. We didn’t do it quick enough. It was guys not making the right plays at the right time. -Gerard Gallant

This allowed the Capitals to successfully kill off their first penalty.

Yeah, it was an awesome job. Huge point in the game, it was a momentum shift. I think we were playing a little bit on our heels and once we got that kill we started going after them. -John Carlson, Washington defeseman

Vegas still on a man-advantage for :51 seconds, stopped getting fancy and started to shoot the puck. Six different players took seven shots on Holtby but none of them got by.

I think we had good looks. We just need to be a little more selfish and shoot the puck. The plays were there, I think they played it well too so we have to give credit to their 5-on-3. Their goalie made some big saves. -Jonathan Marchessault

From that period on, Washington played with a high level of confidence, protecting their one-goal lead.

Defenseman Matt Niskanen said team courage and desperation fueled the two-man penalty kill. However, maybe Marchessault was on to something. If Vegas had shot seven times instead of once on the two-man advantage, we may talking about a different outcome.