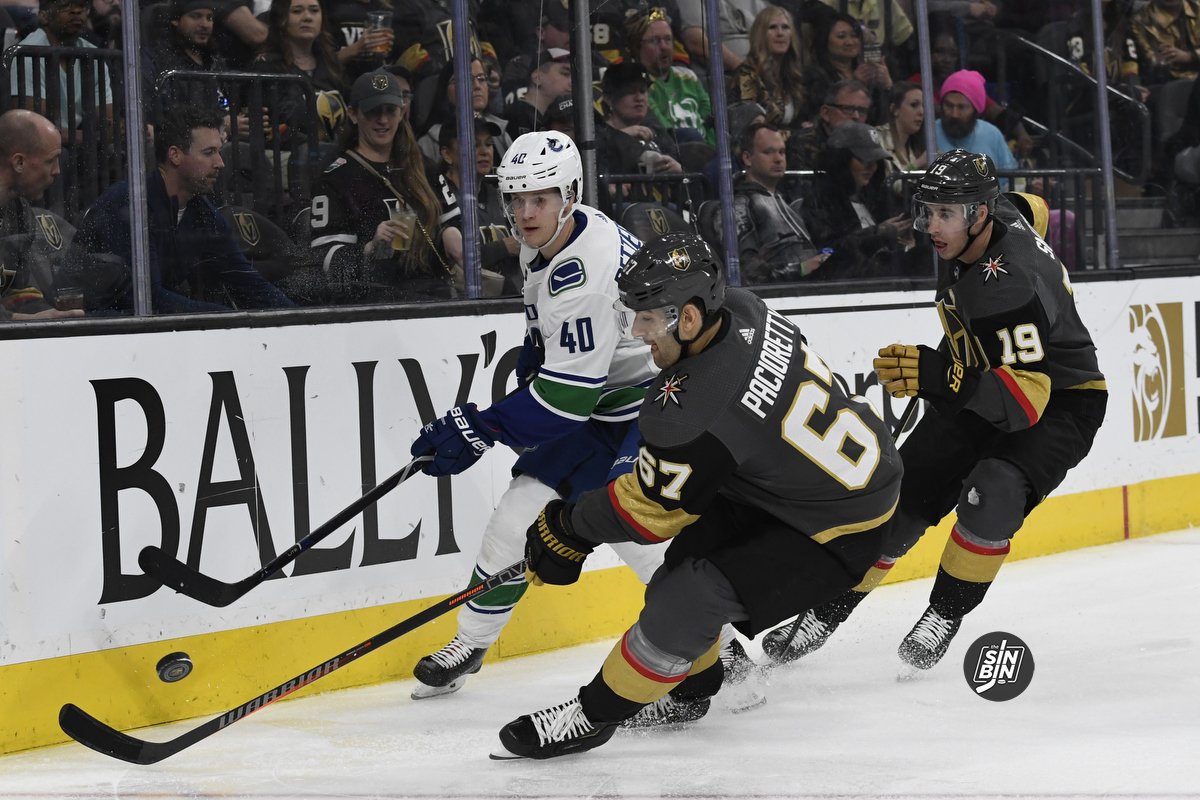 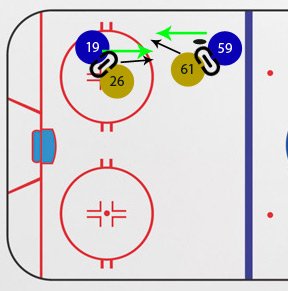 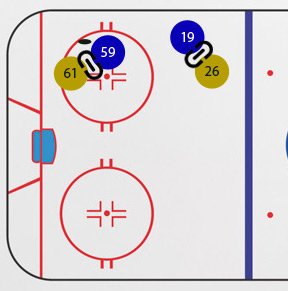 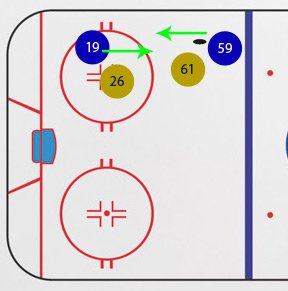 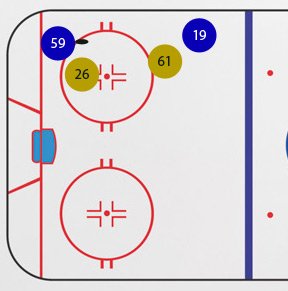 On this one, the Golden Knights avoid danger as the pass doesn’t connect through the slot. However, they were as fortunate the rest of the night.

In both cases, the Golden Knight at the point stays out there letting the puck carrier head towards the goal uncovered. Both times, there’s confusion. The puck carrier is picked up too late and players are standing in front of the goal unmarked. Both led to pretty easy goals.

In this case, the change did not work out very well. Nashville took advantage of it and scored.

The question you are probably asking is, why would they do this? Why make defending more complicated?

The answer is to create offense.

In the event the plays are defended properly when the puck turns over, Vegas has everyone where they should be to attack in transition, while Nashville has defenseman caught up near the goal and forwards back to defend.

Go back to the greaseboard on the zone defending style.

If Vegas gets the puck, they have Mark Stone skating into the zone against forward Calle Jarnkrok while defenseman Roman Josi is way behind the play. It becomes even more important when Golden Knights defensemen are involved in the switch. When you stay man-to-man, when the puck is turned over, players like Brayden McNabb, Jon Merrill, and Nic Hague would be leading the Golden Knights rush against Nashville forwards. Instead, by playing zone, the idea was to have Vegas wingers like Alex Tuch, Cody Glass, or Mark Stone leading the rush against Nashville forwards.

It’s a different style of defending enacted in order to use an opponent’s aggression in the offensive zone against them.

In the 2nd period, Vegas never caught Nashville as they had hoped. Every time the puck turned over, the Predators were able to recover back to their normal defensive shape. But had the Golden Knights gotten them just once, and there were plenty of chances, it could have been the difference in the game.

The question now is, will they stick with it or was this Nashville specific?

The next opponent is the Arizona Coyotes, who have one of the league’s best mobile defensemen in Oliver Ekman-Larsson. If Vegas stays in the zone, it’ll be because they are trying to generate offense. But after the struggles in Nashville, it wouldn’t be surprising to see them return to the normal man-to-man when they return to T-Mobile Arena tomorrow.