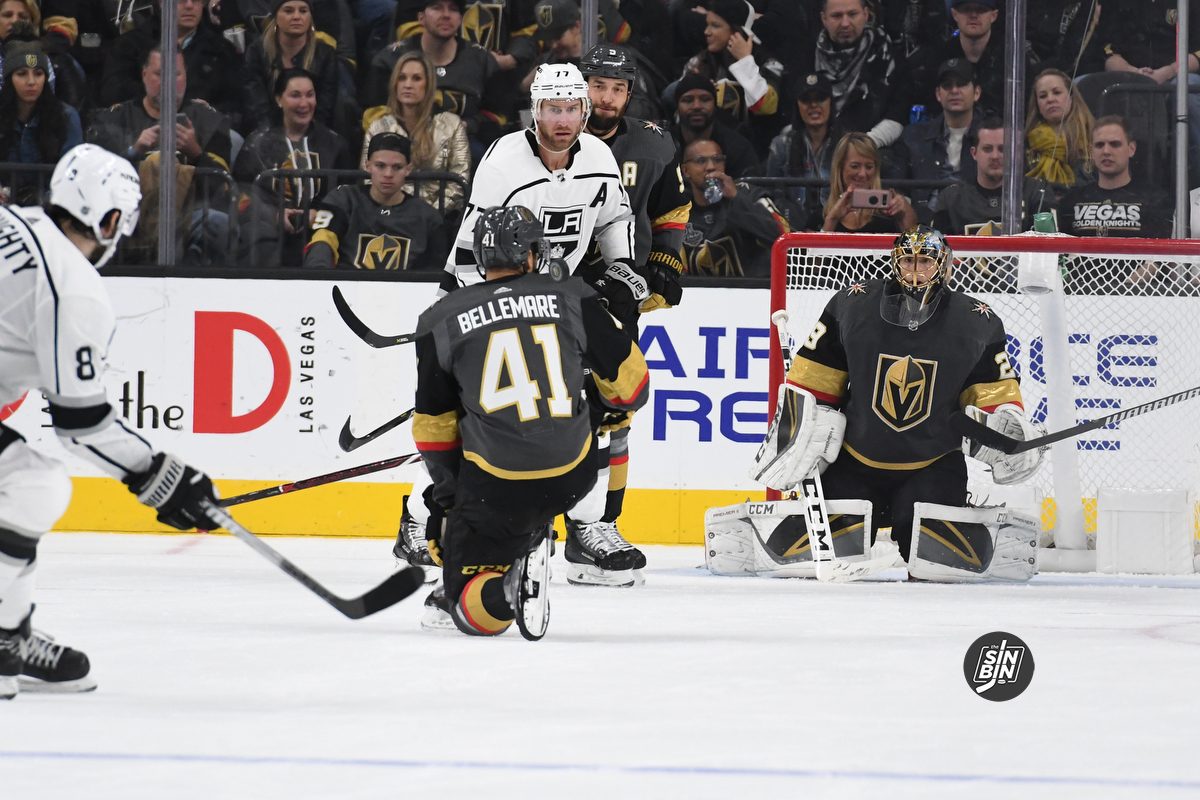 It’s all about timing. Good guys kind of find a way to create themselves some room and some time. You gotta stay close to them and not giving them any time to shoot the puck. I mean, every time Burns shoots, he’s got a chance to score. So as a forward, we gotta stay tight to him and then we’ll be alright. -William Carrier

Sheng Peng wrote an article on this same subject following the March 30th game against the Sharks and came up with an intriguing stat.

With Brent Burns and Erik Karlsson leading the way, no other squad, save the New York Islanders, features defensemen taking a higher percentage of the team’s overall shot attempts at 5-on-5. -Sheng Peng, FearTheFin.com

There is one drawback to this defensive style for the Golden Knights though, and that is that it gives more space to San Jose’s forwards. This leads to extended zone time and often times high-danger chances. In turn, that leads to the ice appearing to be tilted in the Sharks favor. But, if the Golden Knights keep the puck to the outside, and take away shooting lanes, the zone time will be just that, zone time.

It’s certainly something to keep an eye on as the series gets underway. Do the Golden Knights continue using this strategy? Do the Sharks have the answer? And most importantly, can San Jose succeed if they aren’t getting major offensive contributions from their defensemen?