One of the hallmarks of the Golden Knights since Pete DeBoer has taken over as head coach has been their commitment to defending. Whether it’s blocking shots, chipping the puck out of the zone, backchecking, or simply being disciplined in their own end, VGK’s defense had been a tough nut to crack for two plus seasons.

Then, this year, it’s all changed. Of course, they are missing a number of key players who make an impact defensively including Mark Stone, Max Pacioretty, William Karlsson and Zach Whitecloud, but both the advanced stats and the eye test are telling a scary story.

No team has allowed more shots, scoring chances, or expected goals against per game at 5-on-5 than the Vegas Golden Knights. Mind you, this is the team who won the Jennings Trophy a year ago for least goals scored against.

However, it’s a negative stat the Golden Knights actually sit in 2nd place that has me even more concerned with than the above numbers. Vegas’ Sunday opponent, the Detroit Red Wings are the only team worse than the Golden Knights when it comes to allowing high-danger chances. Vegas is conceding an absurd 14.5 high-danger chances against at 5-on-5 per 60 minutes of hockey this season.

Last year, the Golden Knights were in the middle of the pack in this category, allowing just 10.3 per game, more than four fewer than they are now.

I went back through each individual period this season, last season, and last year’s playoffs to chart how many high-danger chances the Golden Knights were giving up per period. The numbers are scary.

Even worse, they used to allow three or fewer in about three out of every four periods, now it’s happening more often than every other period. 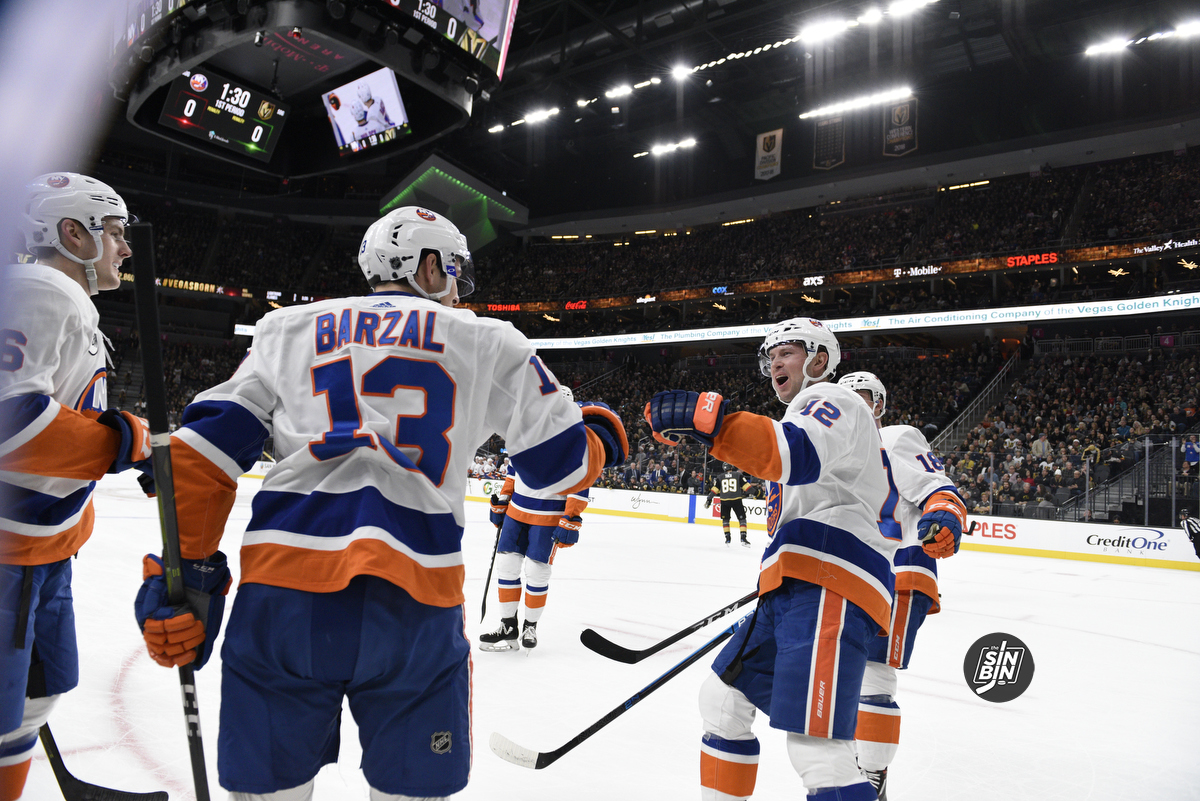 The most egregious period of the year game against the New York Islanders when the Golden Knights allowed an astronomical 11 high-danger chances against in a single period. In the previous 80 games they had not allowed more than eight in any period.

That happened in the 1st period, a period that has been a problem for Vegas this year. They shockingly lead opponents in scoring 9-6 despite allowing 51 high-danger chances in just 10 1st periods.

1st period struggles began in the playoffs and have carried over into this season. Last year, the Golden Knights were allowing just 2.3 high-danger chances against in the 1st period, that number jumped to 3.3 in the playoffs, and it’s ballooned to a whopping 5.1 now.

While it would be fair to try and excuse this all alway based on injuries, the fact is I wrote about this very problem during the preseason, when everyone was healthy.

It’s about protecting the center of the ice, something the Golden Knights have been shockingly poor at this season. Players are standing alone in-front of Robin Lehner far too often and it’s led to way too many unsaveable chances.

To make matter’s worse, Robin Lehner’s high-danger save percentage hasn’t been very good either. He’s sitting at .789, which is good for 35th of the 40 goalies who have logged at least 180 minutes. Last year, .789 would have seen Lehner finish 58th of the 66 goalies to play at least 400 minutes. It’s not just this year though, in his career, Lehner is in the bottom-third of starting goalies in high-danger save percentage at 5-on-5.

Simply put, no matter how banged up the Golden Knights are, they have to stop allowing Grade A chances by the dozen every night. It might be time for Pete DeBoer to throw the new turnover-creation neutral zone trap on the back-burner for a while and get back to playing the way we know the Golden Knights can.

Last night, in Ottawa, Vegas allowed zero high-danger chances in the 3rd period for the first time all year. It happened in a game in which they were protecting a lead as well. There’s no doubt this tide can turn, and maybe last night was the start of it.

**High-danger chance stats in this article are sourced from NaturalStatTrick.com**