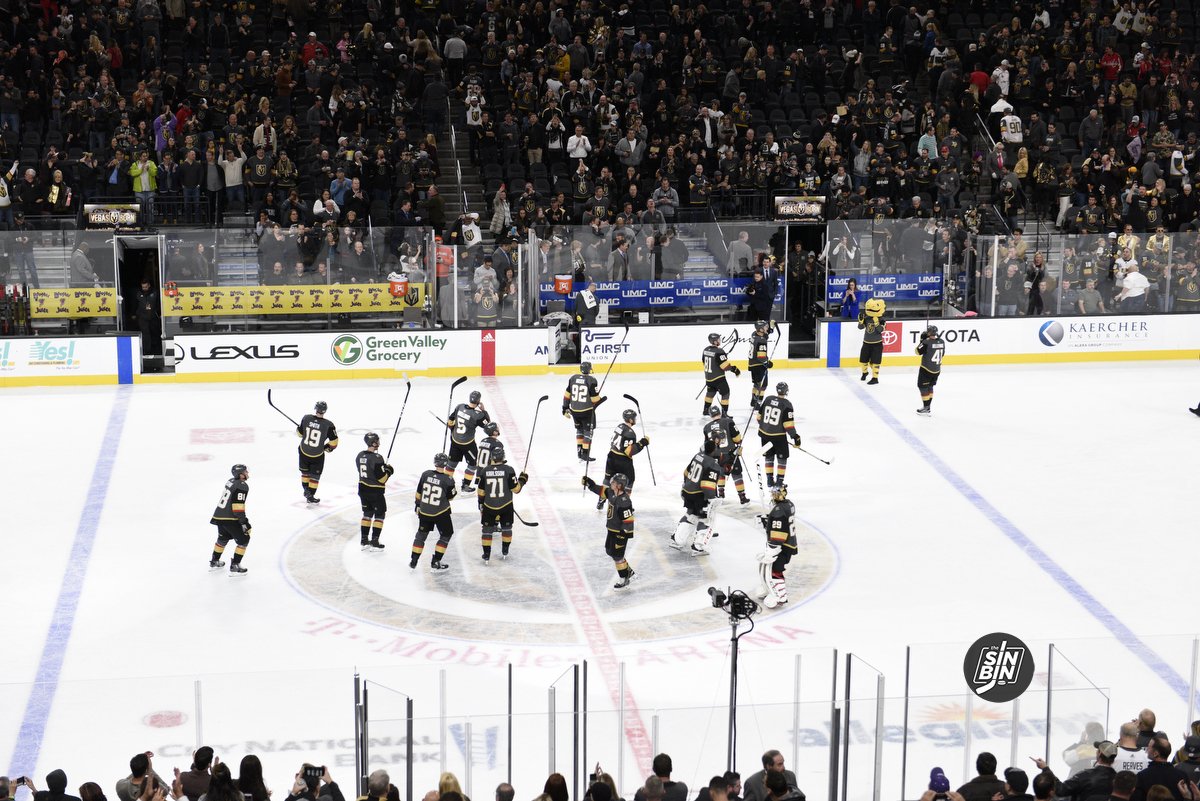 The Golden Knights are on the verge of landing the biggest fish in NHL free agency, Alex Pietrangelo. The former Stanley Cup-winning captain of the St. Louis Blues is expected to make his decision at any moment and it would come as a shock to the entire hockey world if he ends up anywhere but Las Vegas.

Like they did with Robin Lehner, Mark Stone, and Tomas Tatar at the last three deadlines, or Max Pacioretty and Paul Stastny in prior offseasons, the Golden Knights will have made a splash in the name of bringing Vegas one step closer to winning the Cup.

However, as Isaac Newton taught us, with every action comes an equal and opposite reaction.

I worry about the Vegas reputation now. They are trying to win, which is admirable, but if they are getting a reputation for being a place that talks you into coming, what do you think the free agents today that are watching these guys get shipped out are saying to themselves? ‘That can be me in two years if I go there.’ There’s a fine line between trying to win and having some organizational loyalty. –Brian Burke, former Stanley Cup winning NHL GM

That reputation might end up getting even stronger after the fallout from the Pietrangelo deal too.

Fair to say the core of Vegas @GoldenKnights is unnerved as the Pietrangelo Watch hits Day 4. They saw Paul Stastny shipped out. They've heard all of their names in play – Fleury, Schmidt, Smith, Pacioretty, Martinez and Marchessault – as they now wait for the other shoe to drop.

Some rumblings regarding Vegas players being upset their names have been rumored in trades and how poorly the situation has been handled internally. #Vegasborn

As Burke said, it’s all done in the name of winning, which is great, but when dealing with highly-paid professional athletes with families, that loyalty piece has to be kept in mind.

Colin Miller was traded just one year into a four-year deal. He negotiated a no-trade clause in the contract, and the Golden Knights traded him four days before it kicked in.

Erik Haula signed a three-year deal on the day of the Expansion Draft. He was traded two years into the three-year contract and a few days before his wedding in Vegas which was attended by many teammates and the Golden Knights drumline.

Paul Stastny signed a three-year contract in the offseason between Years 1 and 2 and was traded after playing out two of the three seasons.

Oscar Lindberg signed a two-year deal a few weeks after the Expansion Draft. He was traded at the Trade Deadline of season two.

Vadim Shipachyov signed a two-year contract, the first one-way contract in team history. He didn’t make the NHL roster out of camp, played three games, then was essentially forced to retire.

Now, names like Nate Schmidt, Jonathan Marchessault, Max Pacioretty, and Marc-Andre Fleury are being tossed around as the next to go to clear the space to bring in Pietrangelo. All four of those players signed long-term deals with the Golden Knights and each has at least two years remaining.

Meanwhile, just three players have signed a multi-year NHL contract and seen it to the end with the Golden Knights.

Schmidt, who has been heavily linked to trade rumors over the weekend, was awarded a two-year deal through arbitration and re-upped for six more with almost a year left, Nick Holden who signed as a free agent and extended at the deadline (likely to avoid being traded that day), and Ryan Reaves who took more than $1 million less than his initial deal with the Golden Knights.

The Golden Knights front office is relentless. Relentless in their pursuit to win. Whatever it takes to make the team better, they are willing to do, which is exactly what any owner, fan, or even player would want out of his/her organization. But how are they walking that “fine line between trying to win and having some organizational loyalty.”

To this point, they seem to be toeing it to perfection. Sure there was that whole #Backstabbed situation, but even that had DeBoer’s name on it, not McPhee’s or McCrimmon’s.

Alex Pietrangelo appears ready to commit to seven years, Erik Haula has expressed an interest in returning, and Robin Lehner who admittedly valued stability above all else chose to sign for five years.

This organization is still young and they’ve seen nothing but success, even if not the ultimate success yet, but people are starting to take notice of the growing trend. At the moment it’s just a harmless bump, but they better keep an eye on it because it could turn cancerous at any moment.