Golden Knights Buck The Trend Against The Wild 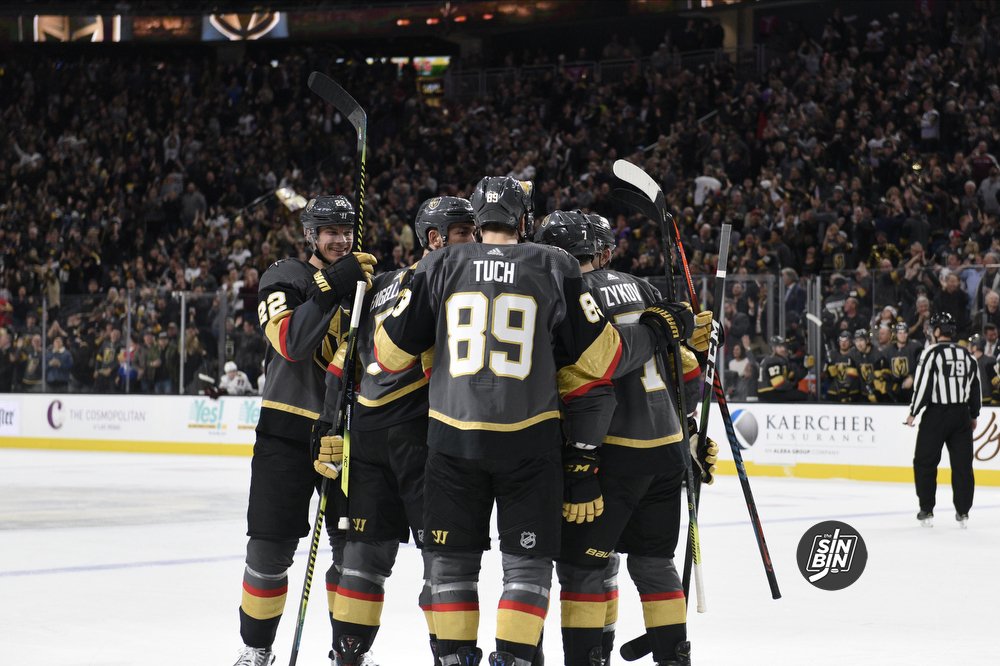 The Minnesota Wild came into last night’s matchup with the Golden Knights winning six straight games. Their streak ended when Max Pacioretty scored the game-winner for Vegas in overtime. The victory at home and in front of 2,600 fans was dramatic but also a rarity for the Golden Knights. It was only the third time Vegas beat Minnesota in nine tries. Maybe the tides have changed after last night’s heroics.

It seems like every time you play in Vegas whether you have the lead or they have the lead they come out in the 3rd. They really come at you and it’s tough to play against them. -Nick Bjugstad, MIN forward

Since the inaugural 2017-18 season, no other Western Conference team has given the Golden Knights more of a headache than the Wild. In nine meetings, Vegas has lost six and won twice in overtime or a shootout. The Golden Knights had struggled so much that their second-worst points percentage (.333) in team history came against the Wild.

What makes Minnesota such a difficult opponent for Vegas?

I think they got caught up in the rush game to a certain extent. It went both directions. Minnesota had chances, Vegas had chances. The difference was that Minnesota was still able to play well in their defensive zone when it called for it. Vegas was not really tight in the 2nd period. -Mike McKenna, AT&T Sports Analyst

Maybe, it was the pace of the game. The Wild can really move and they make quick decisions. From accurate stretch passes to their ability to collect and convert rebounds, Minnesota presents a problem for Vegas. Last night’s 2nd period was the perfect example. The Golden Knights were challenged with pressure and speed in their own zone, and couldn’t hold on to the puck in the Wild’s zone for very long.

One glaringly obvious issue the Golden Knights had last night was turning the puck over on their own half of the ice, especially in the 2nd period with the long change. This is something Minnesota has done well in their nine-game history against Vegas. In all nine middle frames against the Wild, the Golden Knights have been outscored 14-7. That includes the four 2nd period goals Vegas allowed last night.

Captain Mark Stone addressed that during the second intermission.

We weren’t moving the puck enough. Getting hemmed in our zone and giving up too much free will. Just not making the right plays. We have to settle down a bit. Just get the puck out of our end a little bit quicker. They’re just in our end a lot longer than we were in theirs. -Mark Stone

When you look at Vegas’ head-to-head record Minnesota, their two-goal overtime win comeback was a surprise, to say the least, considering they’ve held the lead only three times in nine games. However, it wasn’t the first time the Golden Knights stole two points from the Wild.

Last night’s victory felt similar to another thrilling result by the Golden Knights in 2018. In their second game of the 2018-19 season, Pacioretty tied the game with 1:31 left, and Vegas wound up securing the two points in a shootout. It was their only win against the Wild that entire season.

After last night the trends are heading in the direction of the Golden Knights. They’ve now outscored the Wild 10-8 in 3rd periods and have won both overtime/shootout games. Sure, chances are the Wild will be a handful on Wednesday night but so should the Golden Knights. It’s easy for both teams to clean up their mistakes from Monday and put together a full sixty minutes. Hockey cliche or not, we saw it happen last night.