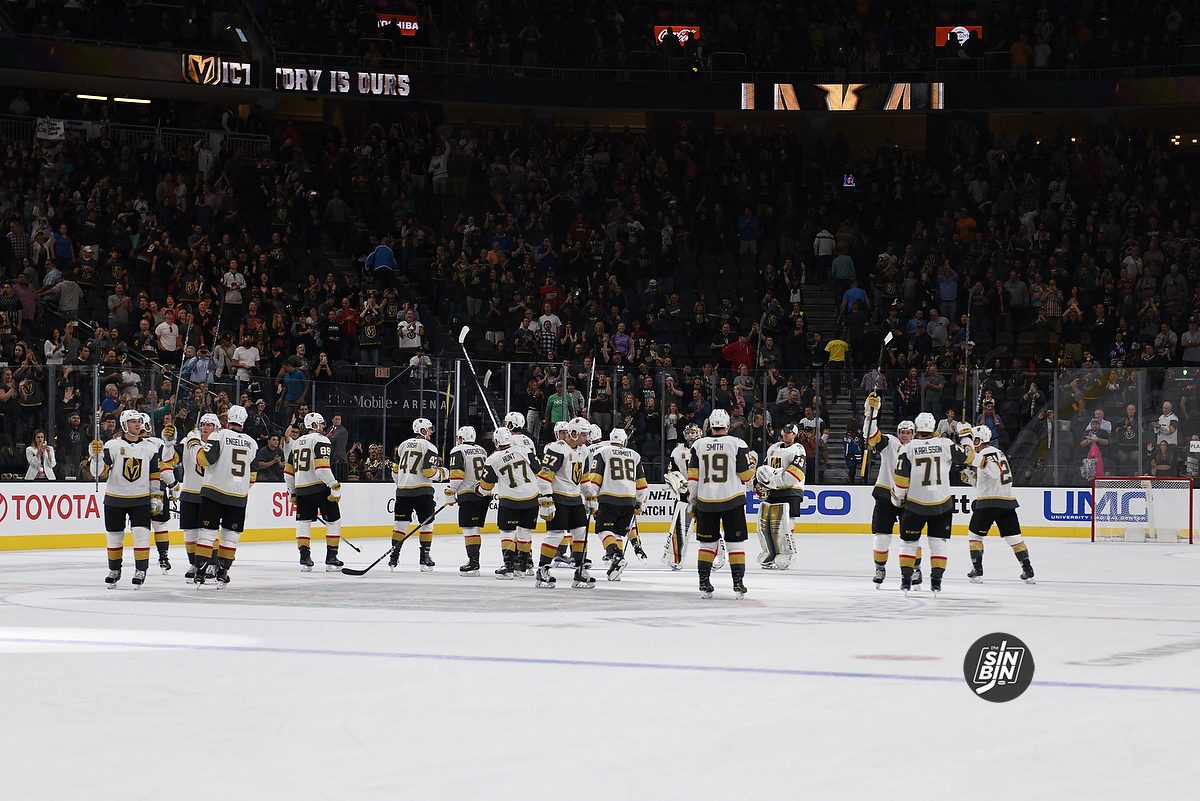 You guys watched the game tonight, look at the fans, they are awesome. It’s going to turn into like last year’s playoffs in Nashville, those fans were crazy and we have the potential to be just as good if not better. -Alex Tuch

High praise, but for a team that’s now 6-1 in a building they’ve called home for less than three weeks, it’s probably warranted.

Home-ice advantage isn’t something every team in the NHL has. In fact, every year about six to 10 teams have a losing record at home. With the Golden Knights spending most of their time at their posh new practice facility in Summerlin, it was almost to be expected that it would take a bit of time for things to feel like home at T-Mobile Arena. Throw in the masses of fans who were coming from Detroit, Buffalo, St. Louis, and Chicago and a case could have been made that the Golden Knights would never have felt at home. Through one homestand, that couldn’t be further from the case.

Obviously, we have a great supporting cast here and every night’s been great, the atmosphere is great. The fans are very supportive, and yeah it helps it’s kind of that extra man on the ice. -Erik Haula

When you score a goal and the crowd jumps in or if you get scored on and the crowd tries to pick you back up with a “Go Knights Go” chant, it helps a lot. -Tuch

It might be the “Vegas Flu” opposing teams are catching (we’ve got an article coming on that too) but even if that’s the case, Golden Knights fans have made an impact on their new team, and the team has responded.

Everything about the energy from the crowd, from the way we’ve been responding to that energy too. -David Perron

There were a lot of reasons many believe Vegas would be good at home, but not many of them involved a rabid hockey-crazed fan base that can’t get enough. Las Vegas has that, and pretty much every person reading this has been a part of it. Pat yourself on the backs people, part of this start is because of you.