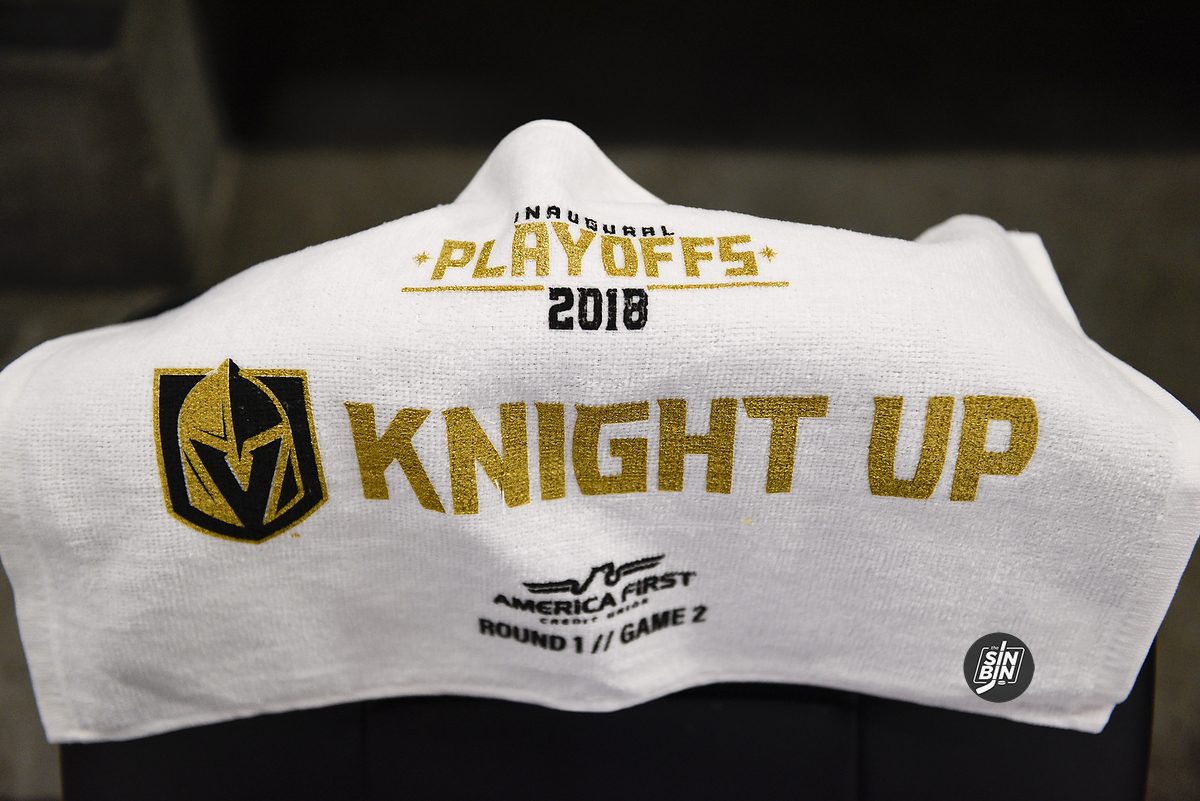 We kind of have the us against the world feeling here so that’s perfect. It’s going to be a lot of fun and we’re really excited to get the win in their barn and get the win in Game 3. -William Karlsson

I was on the bench, you see Martin Jones and he doesn’t leave the net because you know there is an opportunity. The building was loud, and they were celebrating, and we were just trying to figure it out. So, you catch a break and it’s nice to see. -Joe Pavelski, Sharks Captain

It was a bad loss. I think if we would have come out and played a little harder early on in the game, we were up 2-0 early and then we took a couple of bad penalties and let them right back in it. So as bad as we played we were still in a good position at one time. I wouldn’t say a reset, a reset for me is after two or three or four bad games. -Gerard Gallant

I thought that was an easy one. The spirit of the rule was called. -Pete DeBoer, Sharks Head Coach

I think it was the power play goal. We were screening Fleury, and he didn’t see nothing and that’s why we scored. We need to be all over him because he’s on fire. The momentum was the goal. -Tomas Hertl, Sharks Forward

We cleaned it up. I thought we still turned the puck over a few times obviously. There’s never a perfect hockey game, even in the NHL, and when we turned it over, they created offense and used their speed through the neutral zone. Going forward, it’s something that needs to be focused on. -Logan Couture, Sharks Center

All four lines played great again tonight and that’s why we won the game. -Hertl

We’ve been so good at 5-on-5 so we’ve got to make sure that’s all we play and that’s how we can play everybody and that way everybody can contribute to our success. -Marc-Andre Fleury

The more we dwell on it I think we are just wasting energy. Today is a new day. -Ryan Carpenter

We showed we can score four goals against Fleury, so they need to think about that now. It’s their first loss after five games, now we just need to keep showing our hockey back at home. -Hertl

I’m over it. Just talking with some of the guys, we’ve played a lot of games over the season and some games are not your best game, so you take 5-10 minutes after the game and look back and say ‘you’ve got to be better here’ and we’ve done that and now we’re looking forward to Game 3. -Shea Theodore