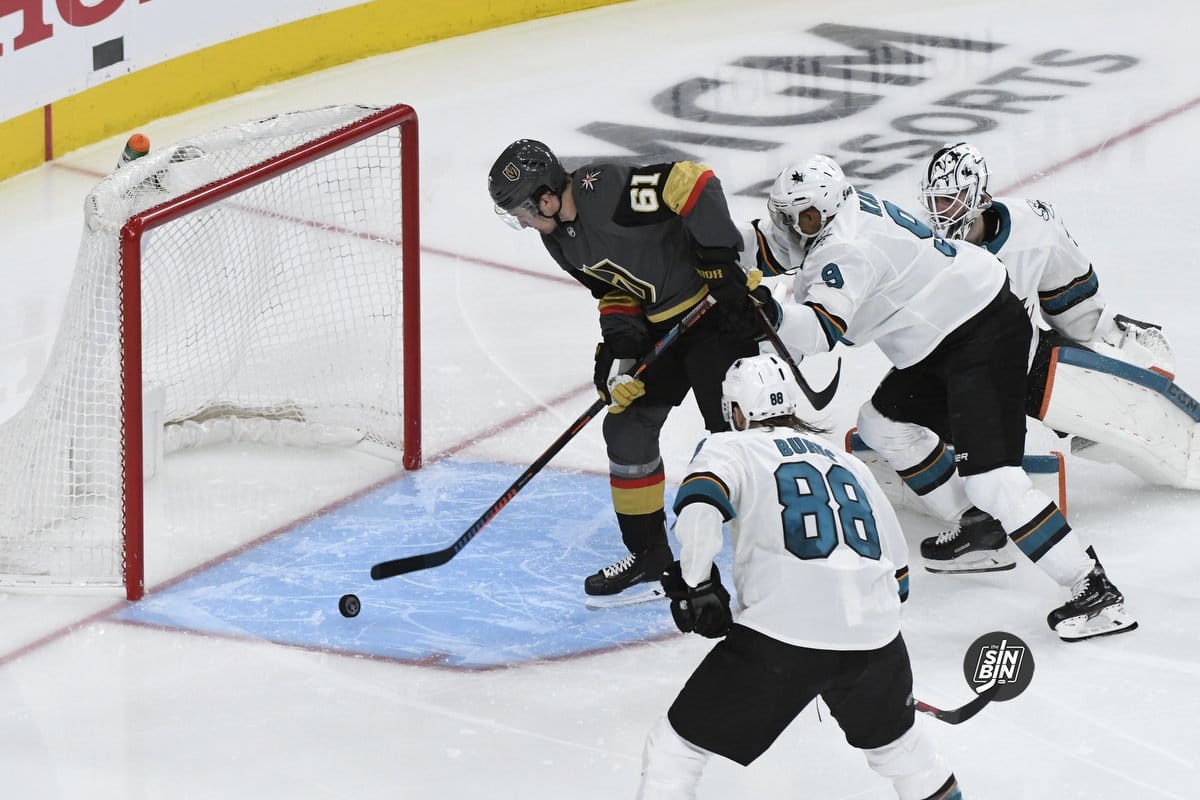 In last year’s shortened season Max Pacioretty finished with a team-leading 32 regular season goals. The veteran’s total was good enough for 13th most in the NHL. This year, in an even shorter season, Pacioretty is 22-1 to lead all scorers in goals.

*To see all odds, download the William Hill Mobile Sports App. Sign up with the promo code GET50 and they’ll match your first $50 bet.*

It’s a tall order for any of the Golden Knights to outscore super offensive studs like McDavid, Ovechkin, and Matthews but it is a unique season and there may be value with a couple of Vegas forwards. It might seem like a long shot but dropping a sawbuck or two on Karlsson to lead the league in scoring would bring back a nice return. Remember Karlsson’s 43 goals scored in 2017-18 was done playing with Marchessault and Smith, who he is set to play with again this season.

Another high-reward wager is Reilly Smith at 125-1. The right-winger finished last season with 27 goals, just five behind Pacioretty. Smith had a career-best 0.38 goals per game in 2019-20, if he continued at that production rate he would end up in the low 20’s after 56 games. Will it be enough to outduel the NHL’s prolific snipers? I doubt it, but at 125-1 it’s worth a small season-long investment before it begins on Thursday.

Since Vegas entered the league in 2017, two players have received Hart trophy votes. After his 78-point season, Karlsson amassed 32 Hart votes, including one first-place vote (no, it was not from us, we don’t vote… but if we did, we would have). A year later, Marc-Andre Fleury received a total of seven Hart Trophy votes. Oddsmakers aren’t expecting a Golden Knight to be named the league MVP in 2021 either, but there are a few Vegas players worthy of a small bet.

It’ll be a major surprise if a player from Vegas wins the Hart Trophy but the season still needs to play out before the votes are counted. The Golden Knights are among the top teams in the NHL and if they can exceed expectations, I could see Stone and possibly Pietrangelo picking up some MVP votes. Will it be enough to win? Not sure, but every Hart trophy winner dating back to the Original Six franchises qualified for the postseason. If the Golden Knights have one of the best records in hockey, it’s possible their statistical leader could earn enough votes to be named league MVP. At 30/1 Stone’s odds might be worth sprinkling some pocket change on.

Of course, William Hill didn’t forget about the goaltenders. This season Vegas has two Vezina Trophy candidates, well at least according to the odds. Tampa’s Andrei Vasilevskiy is the favorite to win the award for the second time in three seasons. Lehner is tied with Montreal’s Carey Price with the fourth-best chance to be awarded the Vezina trophy. But William Hill didn’t stop there.

Like local fans, the oddsmakers haven’t counted out Fleury in 2021. If injuries hamper Vegas in net, they have a more than capable backup to take over. A small wager on either goalie might be worth it, but don’t bank on either due to a possibility of Lehner and Fleury splitting time. If the Golden Knights get success from both of their goaltenders, each could receive votes. More than likely they would split the vote and another netminder would be handed the coveted award.

Future bets are good ways for fans to have some skin in the game for the entire season. Personally, I’m looking to place wagers on Smith (125/1) to win the scoring title, and Stone (30/1) and newcomer Pietrangelo (100/1) to win the Hart Memorial Trophy. With a little luck and a hot trigger, it’s possible to collect from Mr. Hill after the 56-game season concludes.