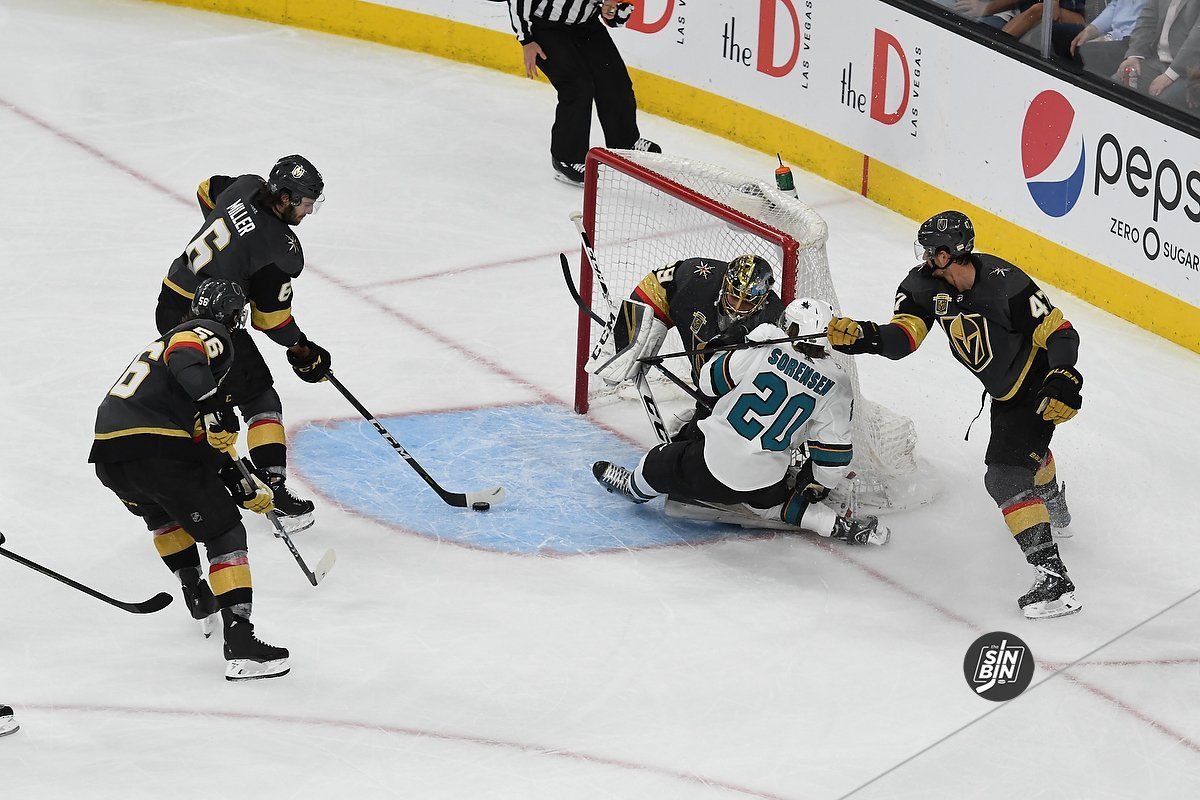 It was our first playoff run as a team and we learned a lot from each series. (The Sharks) are good with their sticks around the net. When you look at Pavelski, the amount of goals he’s tipped in right around low. Kane’s another guy, Hertl’s a guy, Couture, they’ve got a lot of guys that play really well in tight and around the net. -Theodore

One of the elements to the Sharks game last season was to crowd the open space in front of goaltender Marc-Andre Fleury, and boy did they ever do it again in Game 1. As Theodore mentioned, Tomas Hertl, Joe Pavelski, Evander Kane and Logan Couture were, and still are, tough to handle. San Jose tried circling around and camping out in front of Fleury, but thankfully for Golden Knights fans, the Golden Flower was superb.

On Wednesday night, the tables were turned. Sharks players spent a majority of the night camped out in front of Fleury and the Golden Knights couldn’t clear players out of the “bubble.” The area from the crease and extended out a few feet has to be locked down if Vegas wants to keep the Sharks off the board as the series continues.

Coach Gerard Gallant spoke about the Sharks tight down low-pressure yesterday at his daily press conference.

We gave them too much time there. They came out they were physical and they forechecked real good. You got to be physical, you have to be strong. They spent too much time in our zone against our D. -Gallant

So, what’s the adjustment for Game 2?

I think you have to be aware of where they are. When they add that fourth guy in the rush as d-men we have to be talking to our forwards on who to pick up. That’s when it can become really deadly. -Theodore

While we all watched Fleury make amazing saves series after series last season it’s tough to expect him to do it again. He’ll need less traffic and double parked Sharks in his zone. If his teammates can do a better job of sealing up the bubble in Game 2 they’ll have a great chance to even the series.