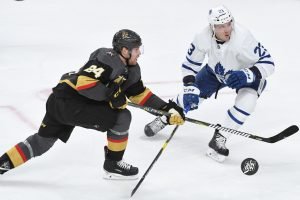 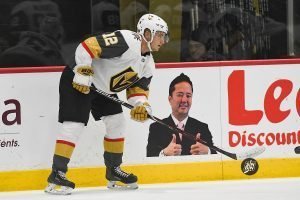 According to multiple reports, the Golden Knights have acquired forward Mark Stone via trade from the Ottawa Senators for Oscar Lindberg, Erik Brannstrom, and a 2nd round pick.

Mark Stone is a 26-year-old forward who has scored 28 goals this season with 62 points. Stone has reached 60 points in four of his five full seasons in the NHL.

I’m so excited to be joining that team. Just seeing what they did last year in the playoffs was unbelievable. -Mark Stone

I’m close, haven’t quite signed it yet, but we’ve agreed. -Stone on extension

Just playing 2 games there in my career, the atmosphere, the city, the lineup they put on the ice every night and the ownership’s commitment to winning, I can’t wait and I’m so excited to be a part of it. -Stone

He’s a great player. He’s another big-time player and obviously the number he puts up. He plays in every situation and he’ll really help our hockey club. You know we lost a lot obviously, we gave up some great players. When you get superstar players on your team you have to give up a lot. -Gallant

He’s a great all-around player so we are obviously excited. He was the top guy on the board and we went out and got him. It shows our players what we want to do and to get things on track here and get it going again. -Gallant

"It’s obvious our goal is to win immediately and this proves that. This is a player that comes in and obviously helps any team in the league immediately and you have to give up a lot to get a guy like that. I think he’s going to fit in nicely in this room/on the ice." -Pacioretty

You don’t know if it’s possible until it happens. Obviously every team in the league checked in on Mark Stone because he’s that type of player. I heard his name a week ago but it doesn’t mean anything close. When I went on the ice today, was it possible, yes, but was it close, I couldn’t say that, I had no idea. -Gallant

From the first 35 games last year everything changed. What they talked about last year was building for the future and all of a sudden we go on a run and it’s unbelievable and everything changes. We want to win. We had a chance to win last year and everyone wants to win. When you do things like the Pacioretty’s, Stastny’s Stone’s, they are top NHL players. We are trying to find the right mix. I think people know that Vegas isn’t just an expansion team, they want to win. -Gallant

"A big trade for our organization. This type of play doesn't come available very often. We believe he is one of the best all around players in the NHL and makes our team better." -McPhee on Stone

McPhee says they like their defense depth both at the prospect level and the NHL level. Says that depth allowed him to make this type of move.

"Stone is the here, the now, the future." -McPhee on why he was willing to move Brannstrom

"Hague is a highly rated player for us. So it certainly makes doing something like this easier." -McPhee

McPhee says this deal does not effect a potential contract on William Karlsson in any way. Says they don't want to be hamstrung in any way and they won't be.

Stone is expected to sign an extension with the Golden Knights.

Extension being worked on, pretty obvious that one is coming since there appears to be no conditional picks in the deal from OTT to VGK. https://t.co/TfLYso28FB

Keep in mind, one place where VGK has excellent depth is on defense.

There simply weren't spots for everyone, while there is plenty of room for scoring.