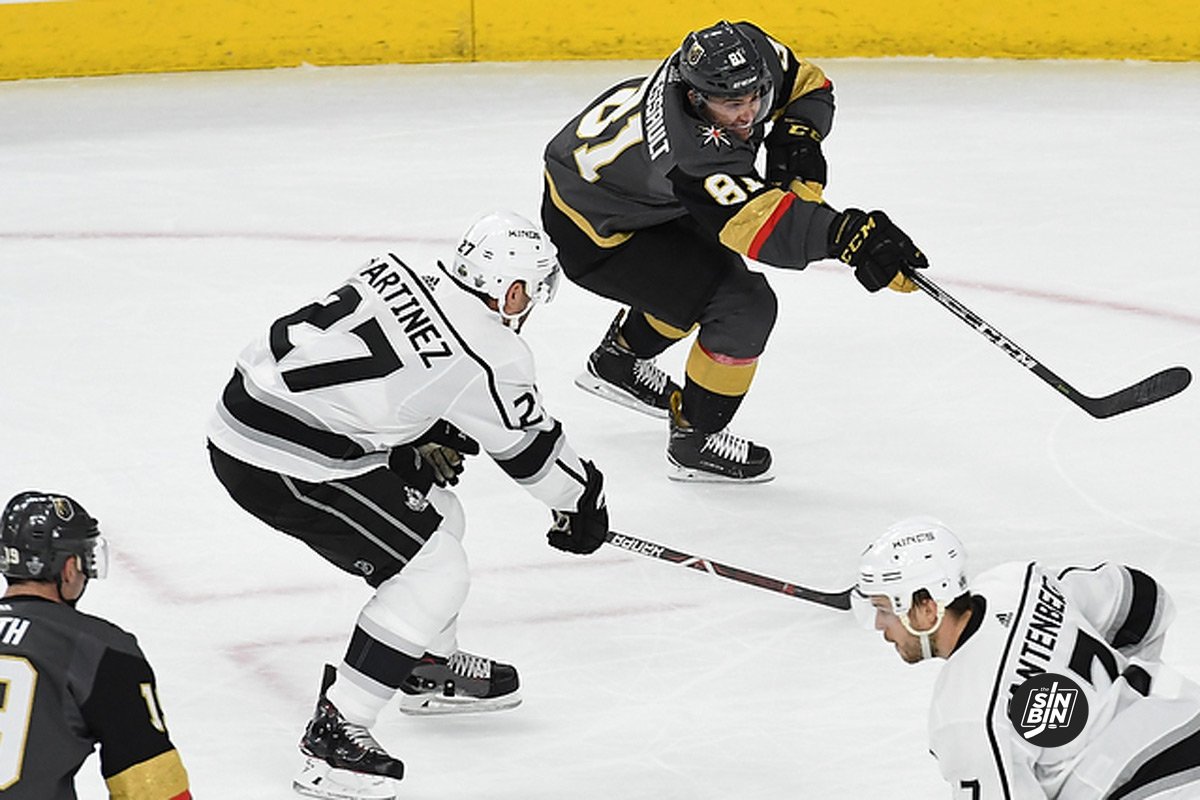 This was noticable yesterday... Even though I didn't realize what I was noticing.

What I noticed was that I could actually read the numbers, which was nice.

@UniWatch looks like the Henderson Silver Knights changed their numbers from gold to white. My guess is for visibility purposes. Care to comment @HSKnights? 2

None of the injured players (Reaves, Kolesar, and Brown) are on the trip to Anaheim.

The Golden Knights have open voting for their "7th Player" of the year award. The nominees are Nic Hague, Keegan Kolesar, Alec Martinez, and Tomas Nosek.

(This should not be a hard vote to make.)

Let's talk about the best the Golden Knights have looked in quite some time. https://twitter.com/i/broadcasts/1kvKpoaEAmgxE

"I liked all four of our lines tonight. Being able to have a 3rd and 4th line go out there and put pressure on the other team makes life easier on the Karlsson and Stone lines. We missed some of that early in the year, I like how it felt tonight." -DeBoer