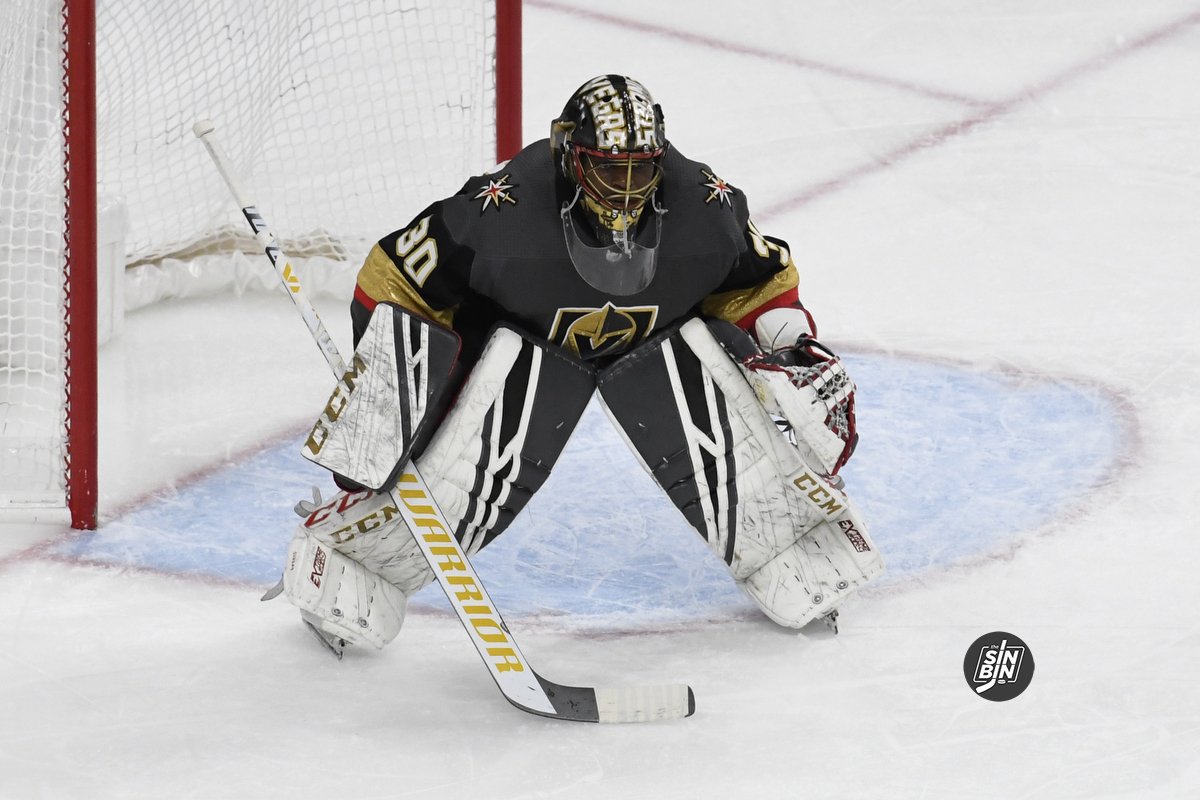 There’s a spot that’s been a real point of contention with the fan base that at some point is going to stop hiding in the shadows and actually make its way to the forefront. As much as we don’t want to admit it, Marc-Andre Fleury isn’t going to be the goalie of the Golden Knights forever. Whether age catches up to him in the next few years while under contract or whenever he decides to hang it up for good, the goalie of the future still seems to be somewhat up in the air.

The clear frontrunner is Malcolm Subban. After being claimed off waivers three days before the Golden Knights first ever game, Subban has been on the NHL club ever since firmly entrenched as the backup. However, as a restricted free agent and coming off another year filled with injuries, Subban’s long-term future is not exactly a certainty.

You don’t want to look too far ahead, I like to live in the moment. Right now I just take care of what I can control and that’s having a good offseason and coming into camp next season ready to go. -Malcolm Subban

Subban will be extended a qualifying offer worth $715,000. As a 25-year-old with a few years of NHL experience, he’s eligible for arbitration, which he will likely file for. Backup goalie salaries range widely, but Subban likely won’t be in line for much more than $1 million, if he even reaches that high.

That being said, the Golden Knights will have to make a decision on where they stand with him. At this very moment, Oscar Dansk, who under contract in 19-20 for $675,000 is leading the Chicago Wolves in a Western Conference Final series in the AHL. Dansk has taken over the starting spot and has played every playoff game for Rocky Thompson’s Wolves. He hasn’t been amazing, but he’s been good enough to be considered for a job behind Fleury moving forward.

Then there’s Max Lagace, who the Golden Knights have turned to every time they’ve needed an extra goalie at the NHL level. He’s an unrestricted free agent, but will almost certainly not command more than the league minimum.

The group of prospects, Dylan Ferguson, Maxim Zhukov, Jiri Patera, and Jordan Kooy are all still a ways from making their ascent to the NHL level. (According to CapFriendly.com, VGK must sign Zhukov to an entry-level contract by June 1, 2019 or they will forfeit his rights.)

The question of “who will be Vegas’ backup goalie in 2019-20” and “who is the goalie of the future” are two separate questions, but at some point they need to overlap and this offseason may be the beginning of that process.

When Subban was asked about being “the guy” on a team, his answer was non-committal, consistently saying he likes to live in the present, but when asked if he wants to remain in Vegas, he instantly answered, “Yes, of course.”

The options are wide open for the Golden Knights front office, and the cost shouldn’t be prohibitive on any front to retain each of the Golden Knights three options. However, what they decide to do will tell a strong story about what they believe they have in their future.

Subban’s contract isn’t going to be the most noteworthy one this offseason, but that doesn’t mean it’s not important for the organization. A one-year qualifying offer tells a much different story than a multi-year $1.5 million AAV deal.

The franchise has displayed nothing but faith in Subban with its words, but actions always speak louder, and that action is coming fairly soon.