Imagine what the Golden Knights would look like right now if the first season went the way everyone projected. If they played like an expansion team usually does and finished at or near the bottom of the standings. A lot would look different, but the men behind the bench would still be familiar.

The Golden Knights overachieved in every sense of the word in their first season. They won more games than they were supposed to, they went further in the playoffs than anyone could have ever imagined, and they created a culture of success.

In just one season, the most magical season not to result in a championship in sports history, the Golden Knights went from an organization willing and able to be patient to one with a “Cup or Bust” mentality every single year.

When most players learned they were headed to Vegas in the Expansion Draft, they didn’t know what to expect. Despite whether the player was established, under-utilized, or had not even broken through into the NHL yet, there was a semblance of hesitation with all of them. They’d heard the stories of barren buildings, unknowledgeable fans, and tons and tons of losses. With Vegas, they didn’t know what to expect and there were plenty of reasons to expect the worst as opposed to the best.

Less than a year later, Vegas became a destination. Following every game players would rave about the building, the atmosphere, and the relentlessness of the team on the ice. The first offseason, James Neal, David Perron, Ryan Reaves, and Luca Sbisa all expressed a genuine desire to stay in Vegas. Paul Stastny inked a deal after Vegas knocked his team out of the playoffs a few months before. And then the big one, the captain of the Montreal Canadiens, Max Pacioretty, agreed to sign a long term deal before even stepping foot in the city allowing the Golden Knights to pull off a blockbuster trade right before the second season began. 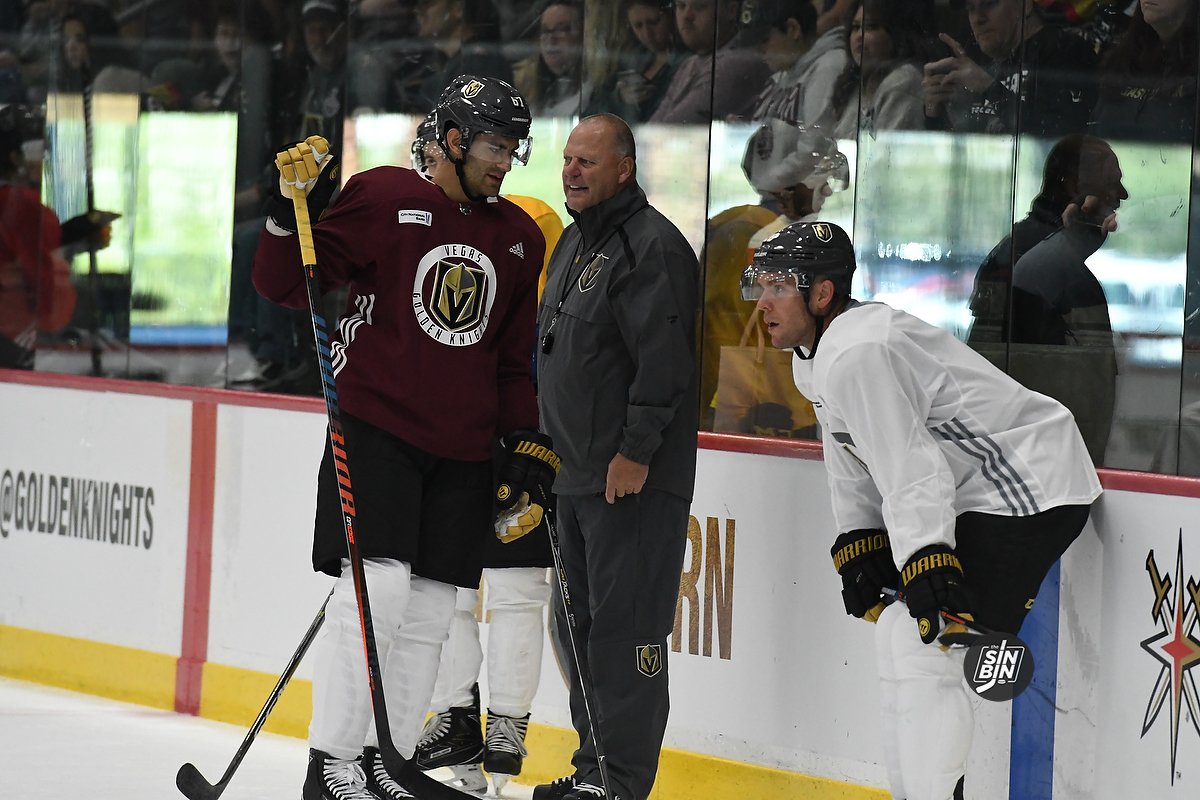 Every new player, and especially Pacioretty, ranted about the rest of the league’s growing perception of Las Vegas. In less than a year, it went from an unknown to one of, if not the most, desirable destination in the NHL.

That led to players like William Karlsson, Jonathan Marchessault, Alex Tuch, Shea Theodore, Brayden McNabb, and Nate Schmidt to all take fairly friendly deals to stay. It helped keep Marc-Andre Fleury, who could have gone anywhere he wished, in Vegas for the long haul. And again, it led to another trade and sign of Mark Stone, who hasn’t shut up about how much he loves Vegas since.

Success led to more success which led to expectations and those expectations were what ultimately sent Gallant and Kelly packing.

They were handed a group of players, an empty locker room, and a blank canvas and they spun it into what it is now, a team with legitimate Stanley Cup aspirations year over year. They got the most out of a group of players every other team in the league decided were expendable and in doing it, they allowed the front office to capitalize and add more and more talent to the mix.

Without the success in Year 1, there would be no Pacioretty, no Stone, no Stastny, and probably no Fleury.

The building wouldn’t be known as the most electric in the league.

The locker room wouldn’t be viewed as one every player in the league would gladly accept becoming a part of.

And the worst of all, the job of the head coach wouldn’t be so desirable that a recently fired Pete DeBoer sitting next to a pool in Florida with his family would accept the position so fast that he didn’t even have time to find a suit before getting on the plane to take the job.

Gerard Gallant and Mike Kelly were instrumental in creating a winning culture and lofty expectations. They ultimately ended up becoming the first to pay for it as well.

No matter what comes of the rest of this regular season, the postseason, and the future including this core of players, while credit will be given to just about everyone else first, Gallant and Kelly will always deserve their fair share.