George McPhee’s Has Stood Pat At Deadlines Before; How’d It Turn Out?

It’s trade deadline day, and in a few long hours, we’ll know the roster the Golden Knights will bring into the playoffs on their run for a Stanley Cup in year four of the franchise.

Deadline day is great because it’s one of the few days where hope truly springs eternal for all teams. Winning teams look for their clubs to add the final piece to the puzzle, middling teams hope for the blockbuster that changes the season, and the bottomfeeders wave the white flag and focus on a brighter future. 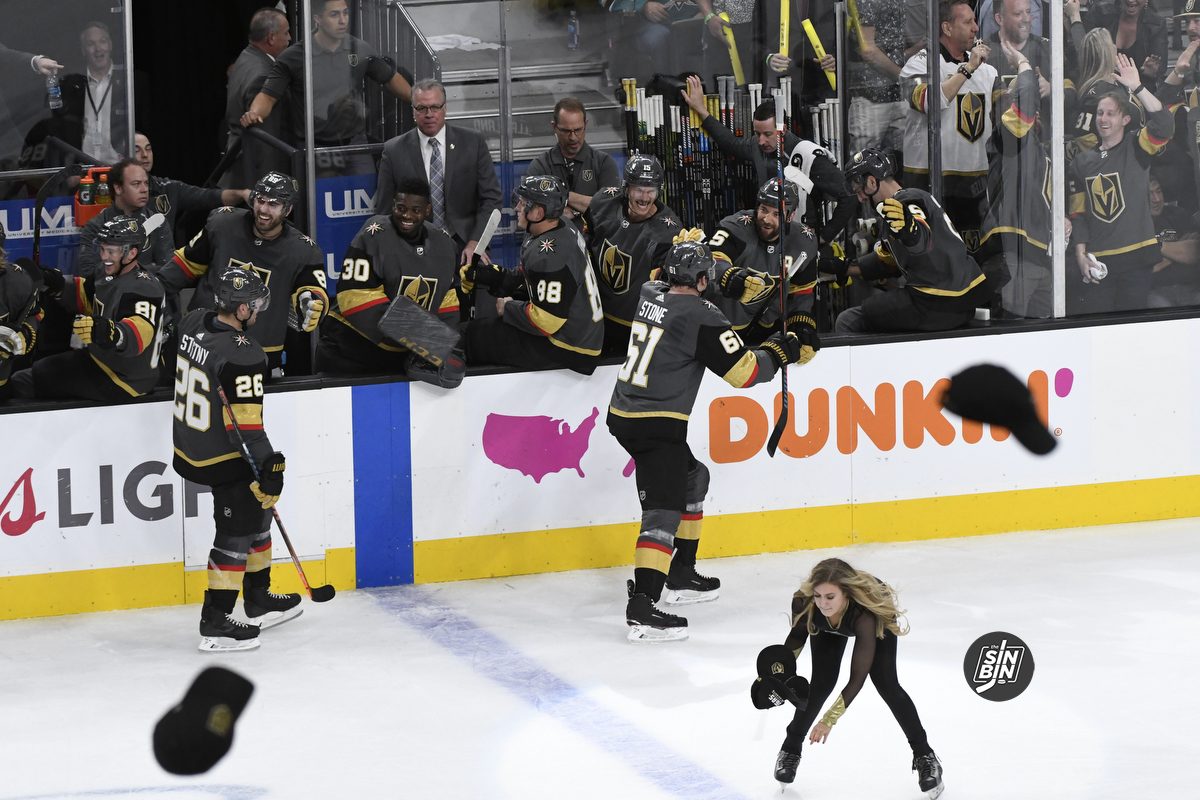 In Vegas, the deadline has been a day for celebration all three seasons. From Tomas Tatar to Mark Stone to Robin Lehner and Alec Martinez, the Golden Knights have swung for the fences each and every year.

Unfortunately, to this point, none of these trades have been that one missing element to help the Golden Knights lift the Cup, but that certainly doesn’t mean they haven’t had an impact on the team.

This year feels different though. This year the Golden Knights sit in a clear playoff position and have a reasonable argument to stake their claim amongst the league’s elites. They’ve raced out to an impressive 27-11-2 record, hardly ever lose at home, and they have a roster that on paper stacks up with anyone in the league. But, they are also so close to the salary cap that they can’t even afford to replace an injured player without placing him on LTIR. They’ve played multiple games shorthanded and understand that any trade must include money and players going out.

However, history tells us George McPhee and Kelly McCrimmon aren’t exactly big fans of sitting on their hands at the deadline. In three seasons with Vegas, they’ve made eight trades either on or within a week of the deadline. They’ve been involved in a headline move four times and have sent away just two players off their every-day starting lineup.

That’s such a short history though, so we wanted to dig a little deeper. Current GM, McCrimmon, has only held this role in Vegas, so we have to focus on the current President of Hockey Operations, McPhee.

He has been in the head seat for 19 previous deadlines. He has made at least one trade in 16 of them. He’s made multiple trades in 12, and 10 of the last 13. However, it’s the other side of the coin we’re more interested in today, the years he stood pat.

Nicky did come back, but the Capitals did not win the Cup. In fact, they didn’t even reach the conference final, losing in the Second Round to the Rangers in 7 games. (Backstrom had eight points in 13 games).

The Caps had 67 points in 62 games at the time of the deadline and were definitely in danger of missing the playoffs. They finished with 25 more points in the final 20 games and snuck in as the 7-seed. They did manage to win one playoff round, but came up a goal short in the Second Round, which begs the question, could a deal have helped?

On to 2008-09, where the Caps led the division by a wide margin at the deadline. They were 11 points clear of 2nd place with just 17 games to go but were sliding a bit on their pace winning 13 of 22 before the deadline (they had won 27 of 41 to start the season). McPhee kept the roster completely intact, doing absolutely nothing on or leading up to the deadline day. McPhee ended up seeing that team fall in the Second Round to the Penguins.

Finally, there was McPhee’s third season as a GM. The Caps were in a very similar situation as to where the Golden Knights are now. They and the Florida Panthers were the clear class of the division. Each were over 80 points at the deadline while no one else in the division had reached 70. Florida made one deal to add a center and a winger while Washington stood by and watched, in a time before the salary cap.

The Caps went on to eek out the division by four points setting them up nicely for a playoff run. That thought ended quickly as they were dispatched in five games in the First Round by Pittsburgh.

So, looking back, there are three instances in which a George McPhee-led team has not made a move at the deadline. All three times his teams went on to make the playoffs, two won the division, but they amassed a combined two playoff series wins between the three clubs.

All indications are this Golden Knights team is happy with their roster and they know the cap limitations make it tricky to make a move, but one has to wonder if the past is still on McPhee’s mind.

He knows this history, and he also has seen Colorado, Tampa, Florida, Boston, New York (I), and Toronto all improve.

Will he sit on his hands again or will they try to make the splash most believe they need to push this team over the top.