Arguably the most important man in Las Vegas hockey has been named, and his name is George McPhee. At a press conference today at the T-Mobile Arena, The Creator unveiled McPhee as the first general manager for the brand new Las Vegas NHL franchise.

George is well respected around the league. He is a leader who knows every aspect of the game, both as a player and as a hockey operations executive, having been the GM for 17 years with the Capitals, a well-managed and successful franchise. It was important to me that our General Manager be someone that I know I can work well with and someone who is as committed to building a winning franchise for the people of Las Vegas. -The Creator

McPhee’s most recent gig was as a Special Advisor to GM Garth Snow and the New York Islanders. He’s most known as the GM of the Washington Captials from 1997-2014, the longest tenure in Capitals history.

During that time the Caps went to playoffs 10 times in his 17 seasons including a trip to the Stanley Cup Finals in his very first season. He was in charge when Washington drafted Alexander Ovechkin, Mike Green, Nicklas Backstrom, Braden Holtby, Alexander Semin, Evgeny Kuznetsov, and John Carlson. And was the GM when the Capitals tallied 121 points in the 2009-2010.

During his 17 year stint as general manager in Washington he made 128 trades, none more scrutinized than the trade in which McPhee sent Filip Forsberg to Nashville for Martin Erat and Michael Latta. Erat was a disaster in Washington and was sent away seven months later after being demoted to the fourth line and eventually being healthy scratched for the first time in his career. Latta is yet to register more than seven points in a season for the Caps. Forsberg meanwhile has become a rising star as a Predator.

I am honored to have been selected to be General Manager of this historic franchise. This is an exciting opportunity to work with Bill Foley, to be involved with this franchise from the beginning, and to leverage my leadership skills and extensive hockey experience as we build a winning team. -George McPhee

Quite possibly the most memorable moment of his career to this point occurred before an exhibition game in 1999. Upset with the rough play of the Chicago Blackhawks McPhee waited outside the Hawks locker room and punched then head coach Lorne Molleken in the face. Molleken wound up with a black eye and a bump on his head, but McPhee may have gotten it worse later.

Blackhawks players and assistants jumped McPhee outside of the arena, tearing his suit and stealing his watch. He was also suspended a month without pay, fined $20,000, and a very stern message from Commissioner Gary Bettman. Read the New York Times’ recap, this really happened.

McPhee’s fists were also quite busy before his little melee as an executive. He was involved in 35 fights in his 115 game career in the NHL. He served 257 penalty minuted including a season in which he logged 139 in 49 games. This dude was a bit off a badass.

McPhee’s son, Graham, was drafted in the 5th round of this season’s NHL Entry Draft by the Edmonton Oilers.

He also served as co-GM with Flames general manager Brad Treliving in this year’s IIHF World Championship for the Canadian National Team. His squad won the gold media defeating Finland in the finals and the US in the semis.

Well, we’ve got a GM now, and it should be fast and furious from here on out. In the next few months the team will hire a full scouting staff as well as plenty more in the front office on both the business and hockey side. Buckle up people, news is about to come, and in a hurry. 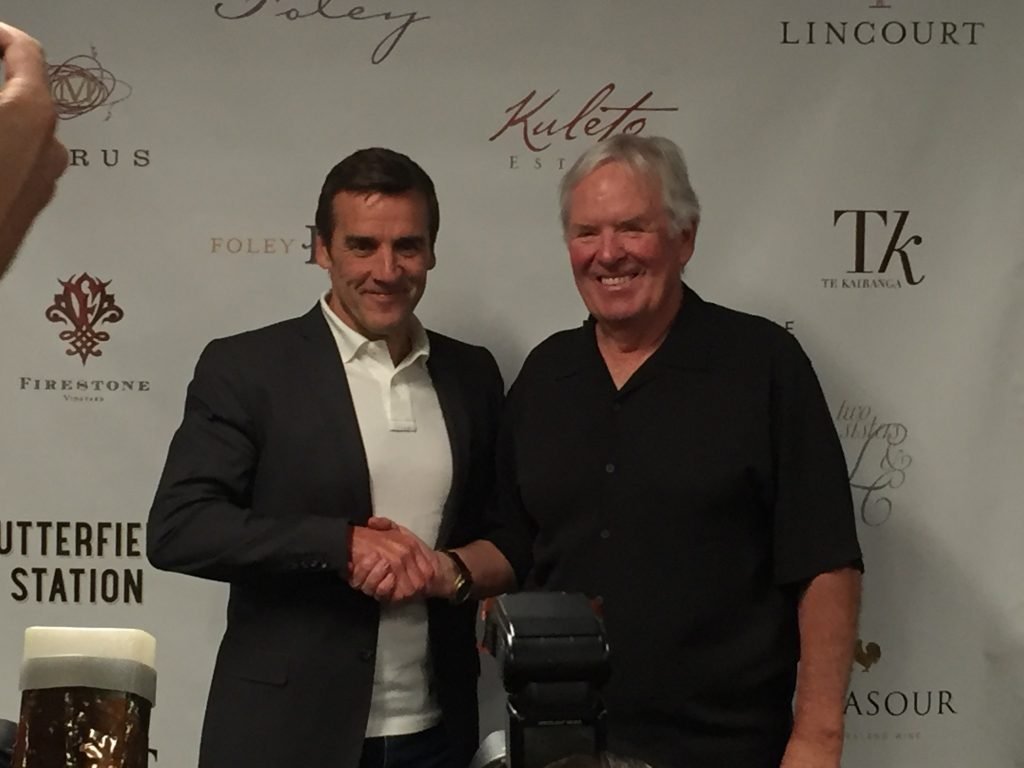