George McPhee In Favor Of Entry Draft In June 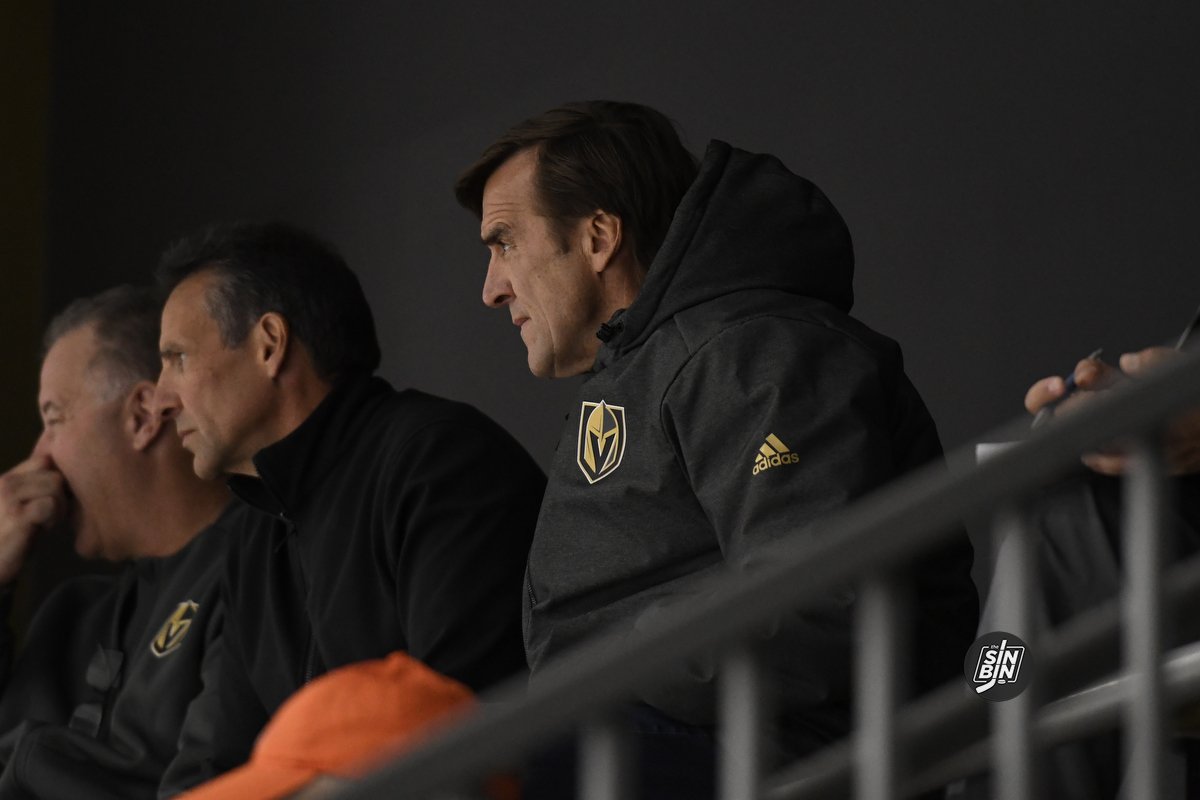 In the NHL’s constant struggle to stay relevant since the season was put on hold on March 12th, one of the ideas that’s drawn the most ire from GMs is the thought of conducting the Draft during the pandemic rather than waiting until the season is completed.

We’ve detailed all of the challenges an Entry Draft prior to the conclusion of a season presents to the league and the minimal effect it would have on the Golden Knights.

Speaking to Brian Blessing on the Vegas Hockey Hotline, Golden Knights President of Hockey Operations, George McPhee, took about as positive a position as any NHL exec regarding the Draft being held in June.

As the days pass it appears to be less and less likely that the league will indeed head that way, but the possibility still exists.

I don’t particularly find it very challenging. I don’t know that anything changes if you wait another three months to have a draft. We can work out all of the conditional picks. I just don’t find it that difficult. –McPhee on Vegas Hockey Hotline

Contrast that to the quote Elliotte Friedman published from an unnamed GM on the idea.

This is terrible, and I don’t support it.

Every team is in a different spot in regards to the impact holding the Draft in June would have, with some having much larger hurdles to cross than that in which the Golden Knights would face.

Any team in the lottery could have their fates changed, any team with an important conditional pick yet to be settled, and any team on the playoff bubble could get burned by the irregular draft. Those are likely the teams making the most noise in opposition of the idea. As for Vegas, it really wouldn’t matter, and thus…

There’s going to be no whining from the Vegas Golden Knights. Whatever the league wants to do, we’ll do. –McPhee on Vegas Hockey Hotline

The entire interview with George McPhee on Vegas Hockey Hotline can be found here.