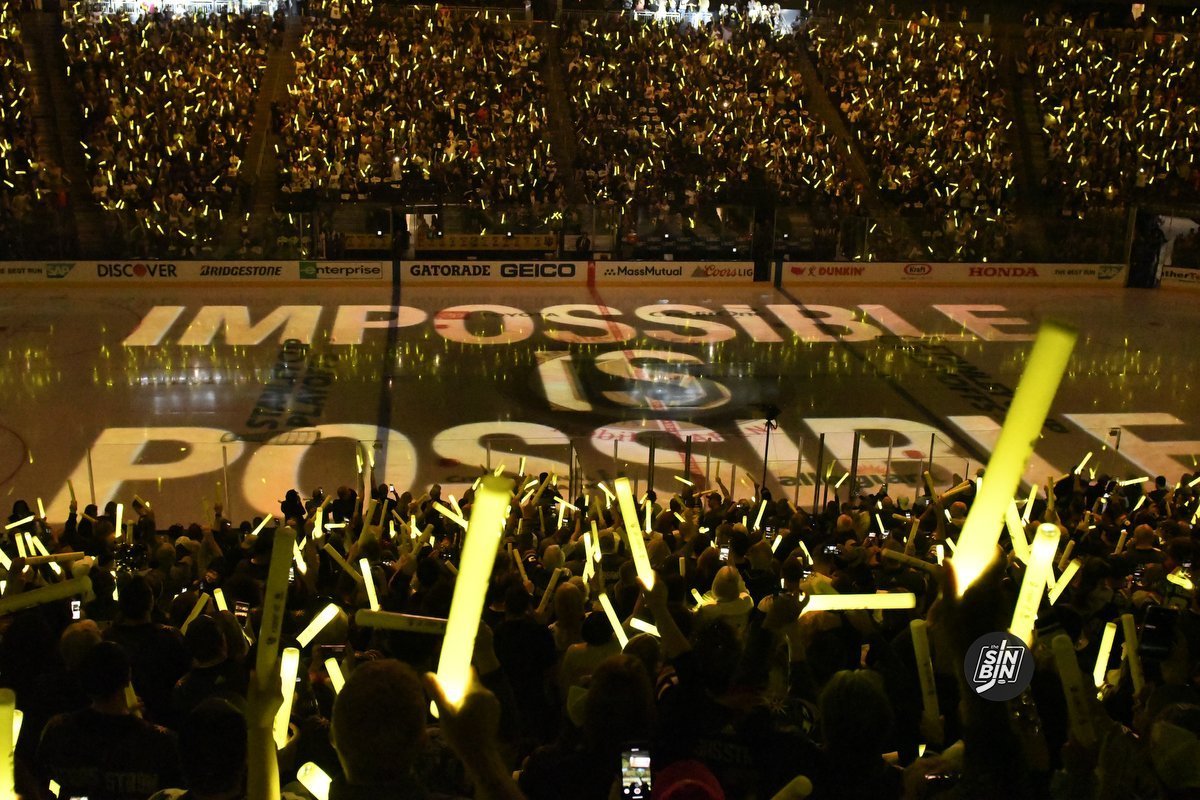 The Golden Knights are one win away from advancing to the second round of the Stanley Cup playoffs. Although it’s not an elimination game for Vegas, many players are mentally preparing as if tonight’s contest is a series-deciding Game 7.

We’ve got to play like it’s our last one.-Cody Eakin

Yesterday, several Golden Knights expressed having a Game 7 mindset. Jonathan Marchessault has been a part of every clinching game in franchise history. The forward knows how crucial it is advancing in less than seven games. Something Vegas never faced during last season’s Cup chase.

This has to be the biggest game of the series. We need to close it out. It’s hard to do but we need to want it more than them. -Jonathan Marchessault

Golden Knights veteran Max Pacioretty has played in a handful of deep series over his eleven-year career. His focus for tonight’s game is the same as if it were an elimination game.

There’s really no excuse when you come home and you have a day off, and then a practice day the next day. No matter what, you should feel one hundred percent. You get a day off you really need to use it to your advantage. Sure, both teams have it but at the same time we feel that being at home in front of our crowd… we’ve found ways to get them to be the difference maker in home games. -Max Pacioretty

Eakin is only concerned about winning because he’s aware of the edge San Jose would gain if they were to force a Game 7.

We can’t allow them to get any momentum. We’ll have to be at our best to win… work as hard as we can every shift, do the right things and play smart. They want to win as badly as we do. We don’t want them to get rolling, or get momentum. -Eakin

The Golden Knights have been terrific in their home arena both in the regular season and the playoffs.

We gained that home-ice advantage in Game 2 and now we have to take advantage of it. -Marchessault

In reality, this isn’t a seventh game and the Golden Knights can survive a loss, but as is the case for every Game 6 closeout chance for the home team, the tables turn in a hurry if you drop this one.

That’s not to say if we fall behind that we change our game. That’s not the case. We seem to have a big advantage in our building and we want to use that our advantage. -Pacioretty

Odds suggest we should expect a Game 7 crowd tonight at the T-Mobile Arena, and the players need to match it, even though it’s only Game 6.