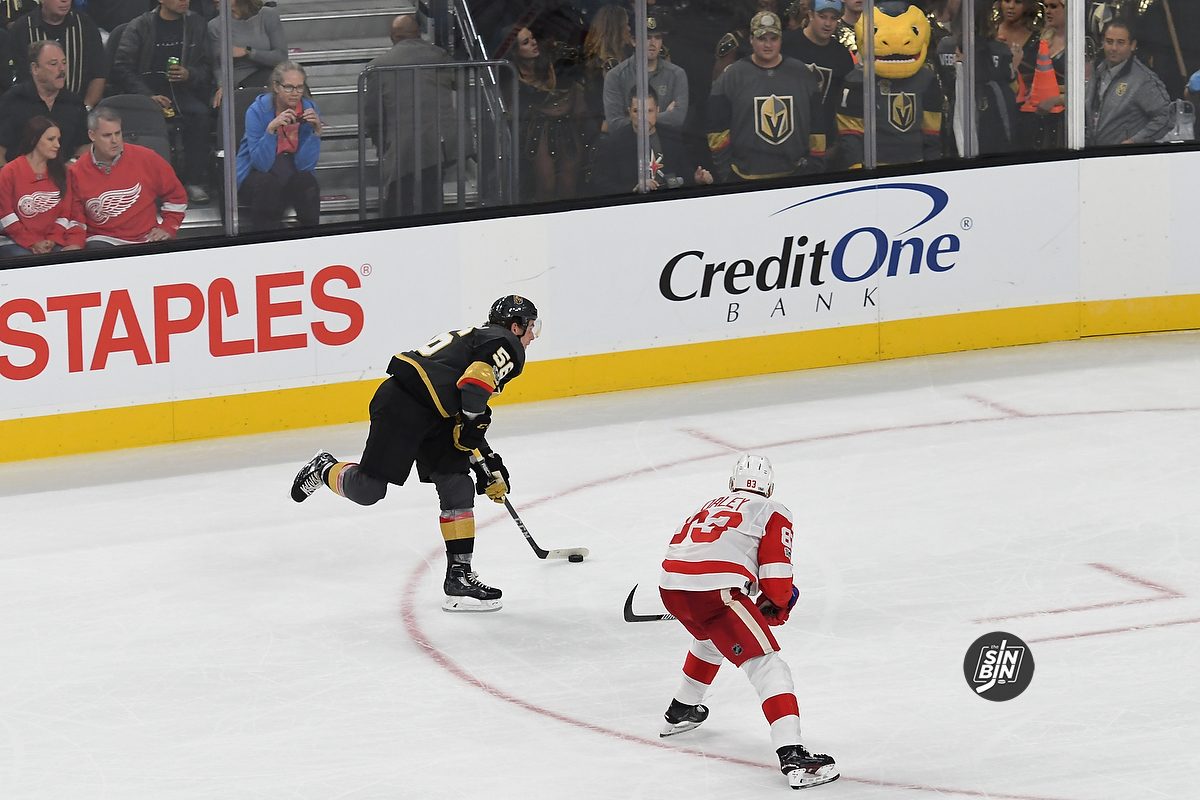 Hard to believe it makes sense to switch positions on a player who scored 29 goals a year ago. (Photo Credit: SinBin.vegas Photographer Brandon Andreasen)

The moment Paul Stastny signed with the Golden Knights, a center controversy sparked. Stastny will almost certainly play center on the second line and with the addition of Max Pacioretty, he’ll be on his left wing. That leaves Erik Haula or Alex Tuch as the other wing. Haula had a career year playing center with David Perron and James Neal last season. He’s also made multiple comments during this offseason that he sees himself as a center.

Hauls can play both wing and center so I don’t see any issue with that. I’ve been reading a little about Hauls being pushed down to the third line, that’s not fair. Hauls scored 29 goals last year. When you look at the makeup of our team, I mean obviously you would say the Karlsson line will stay together, and there’s a good chance that’s going to stay together, and after that guys are going to figure things out. We’ll go to camp and figure out who’s the best fit with each line and what’s gonna work. Erik Haula is a hell of a player and had a hell of year for us last year. We’ll see where he’s going to fit. I’m not worried about it one bit at all. If Hauls is playing 2nd line center or 2nd line right wing or playing 3rd line it’s not an issue. Tuchy is a good player, he’s a young player, he played great on the right side last year on the 2nd line and played great on the left wing on the 3rd line. So there’s no issue there. Guys come to camp, work hard, and see what happens and hopefully nobody is injured and we’ll put our lines together and get ready for the game. It doesn’t concern me, good players can play with everybody. I’m mean I’m sure Hauls is looking at it saying, where do I fit, but it’s not an issue for me, he’ll be fine, he’ll get plenty of ice time. -Gallant

The one portion that sticks out most is “that’s not fair.” That could mean a lot of different things but the most likely is that Gallant believes it’s only fair to give Haula the first shot to play with Stastny and Pacioretty.

Camp opens tomorrow with the first preseason game being Sunday. It’s unlikely many of the established players play in that game, but every time Haula hits the ice, our eyes will be peeled on what position he’s in.