Gallant Says Schmidt And Theodore Play Best On Right Side; Where’s That Leave Coghlan And Whitecloud? 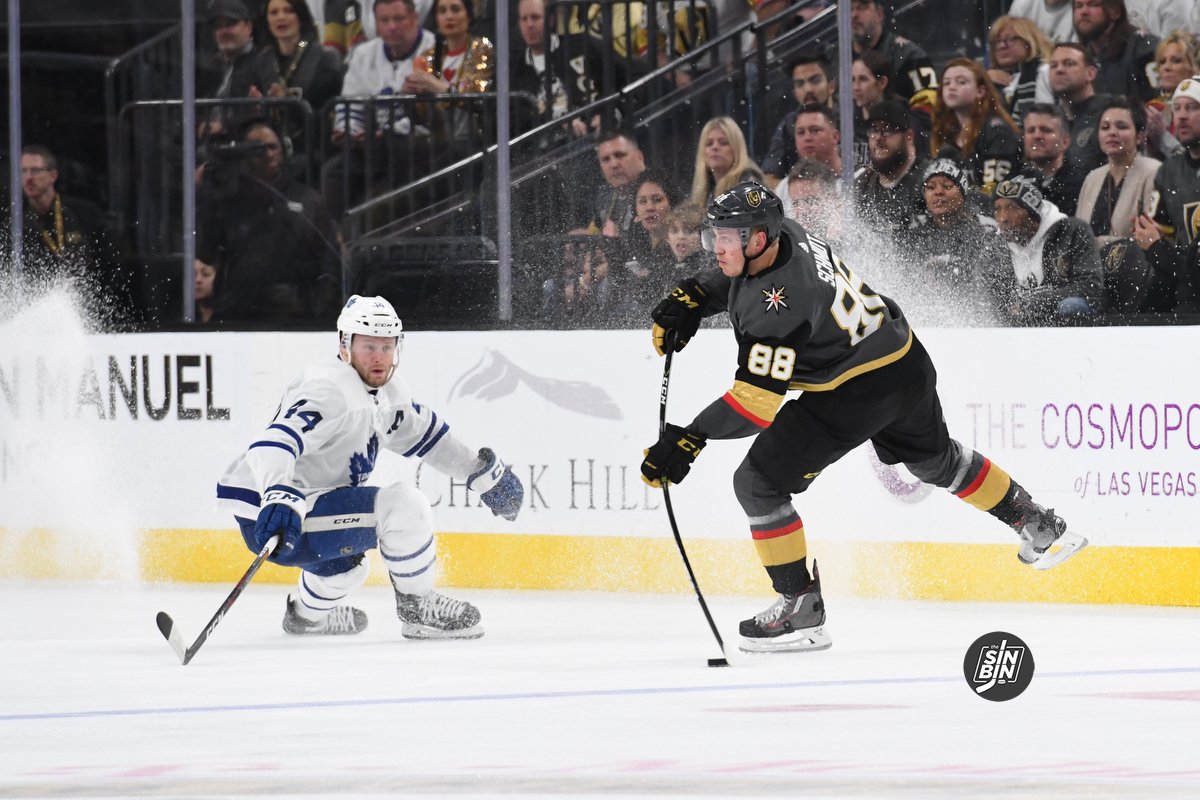 However, that’s not to say the Golden Knights don’t have players who can play on the right side. In fact, Gerard Gallant confirmed a pair of them he likes on that side.

From what I remember (Schmidt) played real good on the right side last year so that’s where he’s going to play again this year. When he plays good over there that’s where you want him to play, where he plays his best hockey, similar to Shea Theodore. -Gallant

He did leave a bit of room for leeway though.

But I’m not saying they can’t play the left side in some situations. Just in case that happens I don’t want you to come back to me and say “why are you playing him over there?” It changes, but they both play well on their off-side. -Gallant

Here’s where things get tricky. The two best rookie defenseman through two weeks of camp have been Dylan Coghlan and Zach Whitecloud. Both are right-handed and both play primarily on the right side.

Last year, Engelland played 72 of 72 games on the right. Schmidt played 40 of his 62 on the right while Theodore played just 21 of his 80. But, late in the year, Gallant made the switch pairing Theodore with McNabb and Schmidt with Engelland swapping Nate and Shea. His comments on Monday indicated that he likes both on that side, leaving just three left-side spots available. 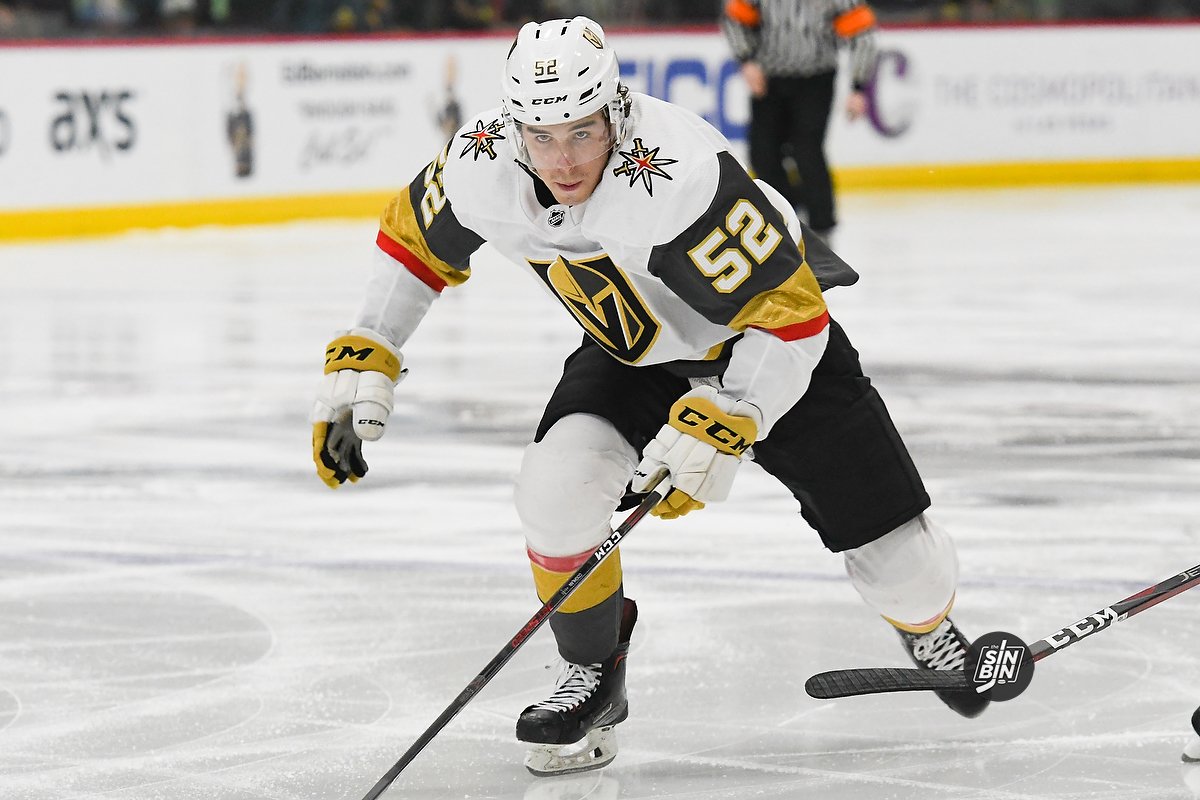 Then came Tuesday, just one day after the press conference praising Schmidt and Theodore’s ability to play on the right, and the lineup showed Schmidt on the left alongside Coghlan. The pair played well together tallying a 67% shot share as well as taking four total shots between them.

Nic Hague’s first preseason game saw him score a goal and rally back for an excellent poke check on a breakaway. It was certainly his best game of the four (including the three in Irvine), but if it were up to me, he’s still not quite up to NHL speed yet. Hauge played on the left with newcomer Brett Lernout. Bischoff and Schuldt have also played their games on the left, but neither has done much to stake claim to that spot.

We know a rookie has to make the roster, but did Gallant tip his hand that the plan may not be to put one in the lineup straight away? With Schmidt, Theodore, and Engelland locked into the right side and the left-handed rookies failing to knock the door down, the opening night job might be headed right back to Nick Holden (who was better on the left than right last year).

There are still three preseason games left before Gallant wants his lineup to be set (and five total remaining), so the righties, Coghlan and Whitecloud, have time to continue making their case, but the strong message towards Schmidt and Theodore playing on the right makes it seem like the decision has already been made.

Potential lineup with Schmidt AND Theodore on Right

Potential lineup with Schmidt OR Theodore on Right

LT with the save there.

Big glove save there from LT.

Cotter in OT? For the game winner and a Hatty….Wouldn’t that be something…

Regulation over. Extra point to play for in OT.

BONUS GUEST TWEETS with me.

I hope it goes to a 20 round shootout.