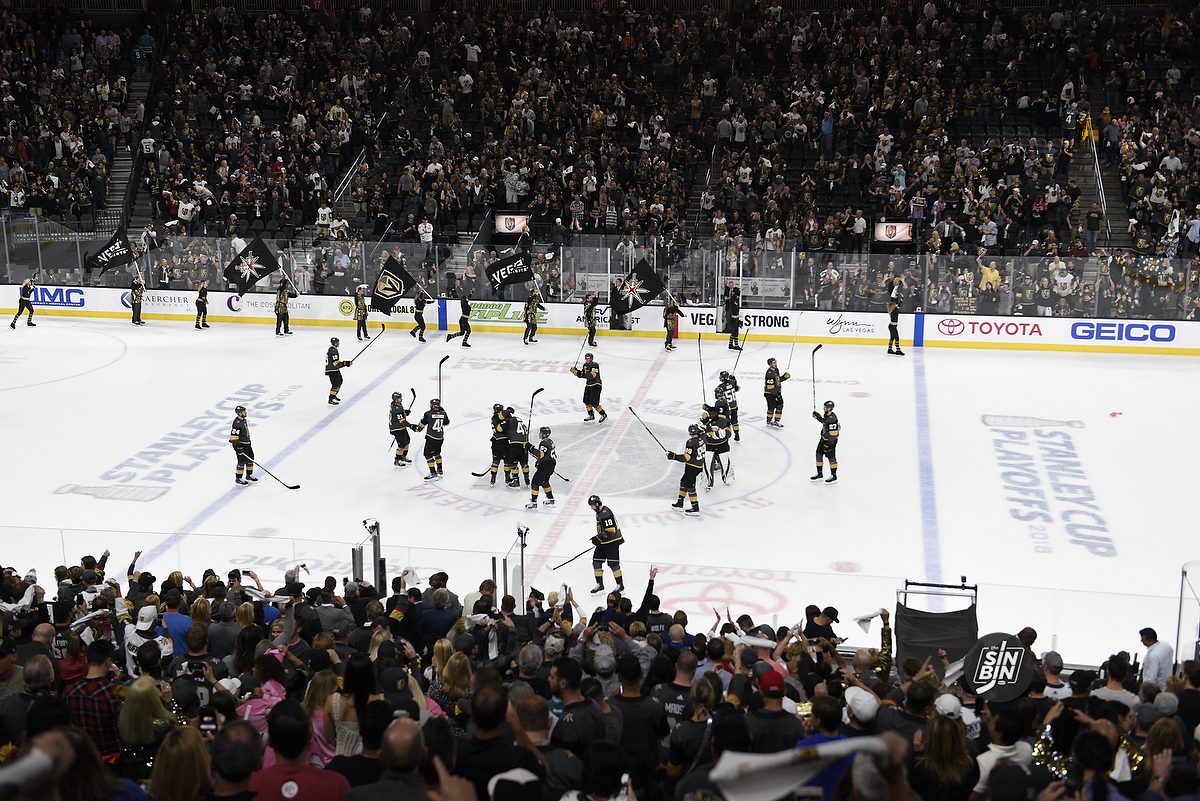 A few moves by Gallant and all of a sudden the Golden Knights looked themselves again for the biggest game of the year. (Photo Credit: SinBin.vegas Photographer Brandon Andreasen)

Individual awards in hockey are earned in the regular season. That’s why Gerard Gallant already has the Jack Adams Award sealed up. However, heading into Game 5, the soon-to-be Coach of the Year made some big boy decisions, and boy did they pay off for his Golden Knights.

Gallant inserted three players into his lineup, two of which hadn’t seen the ice in the playoffs, and made a line swap in an attempt to jump-start the 2nd and 3rd lines. 60 minutes of hockey later, and if there was a Coach of the Playoffs award, Gallant’s name could begin to be engraved on that one too.

Just some hungry guys ready to play and I wanted competitive guys in there playing tonight. When you lose a game sometimes you go through with your coaching staff and look around and say Lindberg has been working really good in practice, Carpenter has been a solid player for us all year long and he missed a couple of games, and Sbisa was due to get back in our lineup sooner or later. I thought all of them performed really well tonight and it was a good night for them. -Gerard Gallant

The additions to the lineup and the move to switch David Perron and Alex Tuch were some of the biggest reasons the Golden Knights took the 3-2 lead in the series.

Tuch was unbelievable. Lindy first game of the playoffs, wow, he was great too. Carpy on the 4th line was a big boost. He was all over the ice. -David Perron

Tuch scored twice. Lindberg and Carpenter each got assists, and Perron looked like himself for the first time during the playoffs netting two assists and creating a ton more chances.

It felt awesome. It’s just you play with those guys all year and I didn’t feel like I could find the same thing going with the other games but it felt good again. I felt like myself, it felt like I was making plays, and I hope I can keep it going moving forward. -Perron 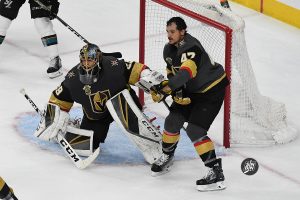 “I was out for a long time. It’s one thing coming back in the regular season, it’s another coming back in Game 5, Second Round of the playoffs. You can do whatever you want to do while you are off the ice, but that first period your legs are not there and your lungs are begging for more air.” Luca Sbisa (Photo Credit: SinBin.vegas Photographer Brandon Andreasen)

The Golden Knights four-line attack returned in Game 5 and it was too much for San Jose. When Vegas has been it their best, that is what it’s looked like. The top line didn’t tally a single goal until the empty netter by Jonathan Marchessault and yet the Golden Knights still appeared to be the offensive juggernaut that led them to 109 points and a Pacific Division title.

Perron’s resurgence on the 2nd line and Tuch/Lindberg breathing life into the 3rd allowed Gallant to deploy the offensive-minded three lines more uniformly like he had all year. The 4th line (despite missing William Carrier for a majority of the game) was used to steal minutes against dangerous San Jose lines. Pierre-Edouard Bellemare and Ryan Carpenter took full shifts against every line of the Sharks and did not surrender an even-strength goal.

Before the series started, 5-on-5 play was expected to lean heavily in favor of the Golden Knights. It did through the first two games, then it evened out (or worse) in San Jose. The even-strength dominance returned last night and proved if the Golden Knights are going like they can, there’s nothing the Sharks can do to combat it.

If we can play the way we play, especially like we did in the 1st period tonight, for three periods I think this is a very dangerous team. -Oscar Lindberg

It’s hard for the other team to match lines. A lot of teams only have one superstar line and then it kinda goes down a bit, but for us, on any given day we have lines that can step up and chip in any which way. -Luca Sbisa

Those were the real Golden Knights, the same ones that seem to show up every time they really need to win a game. They reach into their bag of tricks and always seem to pull out exactly what they need. Last night, it was lineup changes, and just like the guys on the ice, the man behind the bench has something to prove as well. It’s the VGK way, and that way is now one win away from hockey’s final four.