Gallant On VGK Goalie Situation: “That’s Going To Be A Tough One For Them” 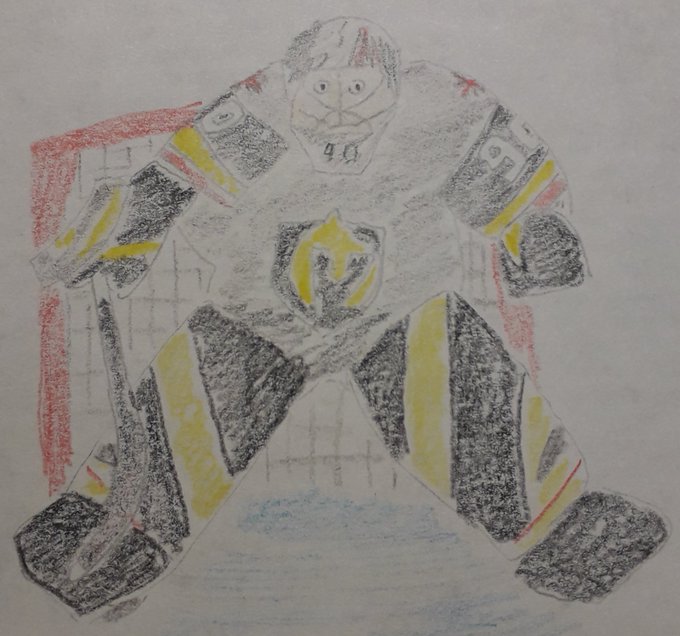 If it wasn’t clear before, it should be now. Robin Lehner is the Golden Knights starting goalie.

Robin (Lehner) has done what you want players to do when they show up with a new team. He has played at a level, not just in games but also through camp, where we have had to give him the net. This is not about Flower not doing something. He has been great. Robin has just been at a different level. –Pete DeBoer to The Athletic

The Golden Knights sticky goalie situation is starting to become a bigger story in the national media. With it has come a rash of opinions about the present and the future, both of which will be challenging for Vegas to navigate.

It’s time for the market to recognize that Robin Lehner deserves that multi-year deal, in my mind anyway, and I just don’t know how that can be in Vegas. –Pierre LeBrun on 2 Man Advantage podcast

The next series, two, or three will certainly go a long way in determining where the Golden Knights head with their future between the pipes. At the same time, the reason it will be one, two, or three series is directly correlated to how the situation is handled in the present.

It’s a situation that hasn’t been easy to maneuver already and the Golden Knights have only lost a single game since arriving in Edmonton.

That’s going to be a tough one for them, there’s no doubt. Marc’s such a popular guy and a great character guy but, as I found out, it’s all about winning. They want to win, they’re thinking they’re doing the best thing for their team. They are tough decisions. It’s easy to look at it from the outside and say ‘Why isn’t Fleury playing? He’s done this and that for them,’ but you know they are on a path where they are trying to win every game and obviously they think Lehner is the better goalie right now. It’s a tough call for them and everybody knows that, every fan knows that. A thousand people have asked me that question the last couple days and I say ‘hey I don’t have to make that decision anymore.’ –Gerard Gallant to 2 Man Advantage podcast

The Golden Knights former coach thinks it’s clear that the current coach believes Lehner gives the team a better chance to win than Fleury. And while that’s all good and well right now, where does that leave the team when this season ends?

Unless you think I’m wrong, Fleury is still the face of that young franchise in Vegas. Marc-Andre Fleury’s not going anywhere. They don’t have a lot of contracts coming up. So unless there’s a bit of a magic trick, and you never know, I don’t know how much sense it would make to have a ton of money invested in goal.  –LeBrun Podcast

Pete DeBoer has been behind an NHL bench for 92 playoffs games. In the first 84, he never switched starting goalies. Literally not even once. In 2011-12, his first year with the Devils, DeBoer rolled out Martin Brodeur for all 24 playoff games. Then, from 2015-16 to last year, over four playoff runs, he started Matin Jones in 60 straight Sharks playoff games.

With Vegas, he’s swapped twice in the playoffs so far, but once was in the round-robin and the other was as part of a back-to-back. Obviously, his goalie tandem is a lot different than the combos of Brodeur/Hedberg, Jones/Reimer, and Jones/Dell, but his history he’s reluctant to make the switch.

The goalie story will dominate the Golden Knights landscape from here until they either hoist the Cup or hang their heads through a handshake line. Strap on those seatbelts Vegas, it’s going to be a rollercoaster, no matter what happens.