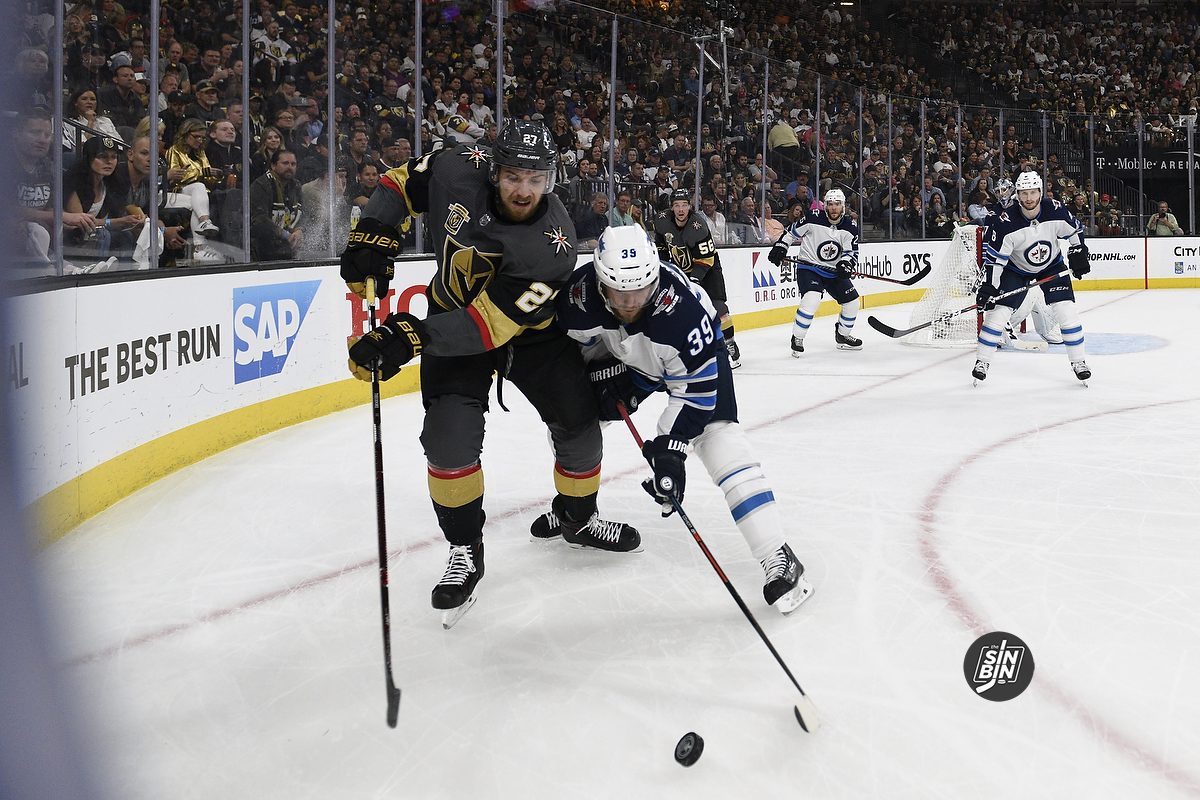 It was an outstanding year. We battled, we worked hard, and we had an unbelievable regular season. It just carried over to the playoffs. -Gerard Gallant

Nilan asked about coming up short in the finals, and if Washington was able to slow the Golden Knights down.

Our guys weren’t gassed and they weren’t tired, I think Washington made us look tired. They really took it to us, and played a physical brand of hockey. Washington was a better team… Our top line is an outstanding line and they played really well. I gotta give Washington credit, their two top lines played outstanding hockey. Down the middle, Kuznetsov was outstanding, Backstrom was outstanding. They just had more fire power in the final. -Gallant

One of the best exchanges in the interview was about Shea Theodore and his costly giveaways in the Cup finals. Knuckles alerted Gallant he wasn’t calling out the young defenseman but was more interested in how he handled his mistakes after games.

There was no issue with that. The kid made a couple of mistakes, everybody makes mistakes, and that’s what we told the kid. When you’re 22-years-old in the Stanley Cup final, or even in the Stanley Cup playoffs you’re going to make mistakes. That kid made more good plays for us than enough, we’re real happy with him. He just shook it off. -Gallant

Moving on to next season, the TSN host asked the Golden Knights coach about the offseason and building a roster for next season. I’m beginning to think Gallant gets the latest NHL Rumors push notifications on his iPhone. For a guy that doesn’t read box scores or standings, he sure knows who’s available.

There’s going to be some great players available in free agency. I don’t really get involved with that. George will ask me once it gets close what I think of certain players. I think you can add depth anywhere in our group, that’s going to be real good. What we want to add character people to our group… we had good leadership, we had great character and we had a good work ethic. -Gallant

Okay, he didn’t mention John Tavares or John Carlson, but both are classified as character players, with strong work ethics and leadership qualities. No doubt either one of them would fit in Gallant’s system. Just saying.

Back to reality. The head coach continued to pitch Vegas as a free agent destination and told Nilan he was eager to get his guys locked up first.

I think it’s a place where players will want to come and play. Hopefully, things will work out and we’ll get a lot of our players signed. Then we can add, and it’ll be great… That’s going to be our challenge next year. I’m sure we’ll have a good group of our players back. -Gallant

The full interview is worth a listen. For those who love Gallant, you’ll love him more. Candidate, he even gets into an early season conversation he had with his wife.

It was the first nine games. We came out of the gate, we were 8-1. I said to my wife one night, ‘can you believe what’s going on here?’ -Gallant

Gallant sounded like a coach that’s excited for the new season and some new additions. Maybe even the “big boys” Bob McKenzie reported about. McKenzie discussed on TSN Edmonton, that Vegas plans on talking to Carlson and Tavares. And now with the bizarre controversy in Ottawa, I’m sure the head coach will have plenty of input to give George this offseason.