Gallant Is Protecting Pirri, Allowing Him To Thrive 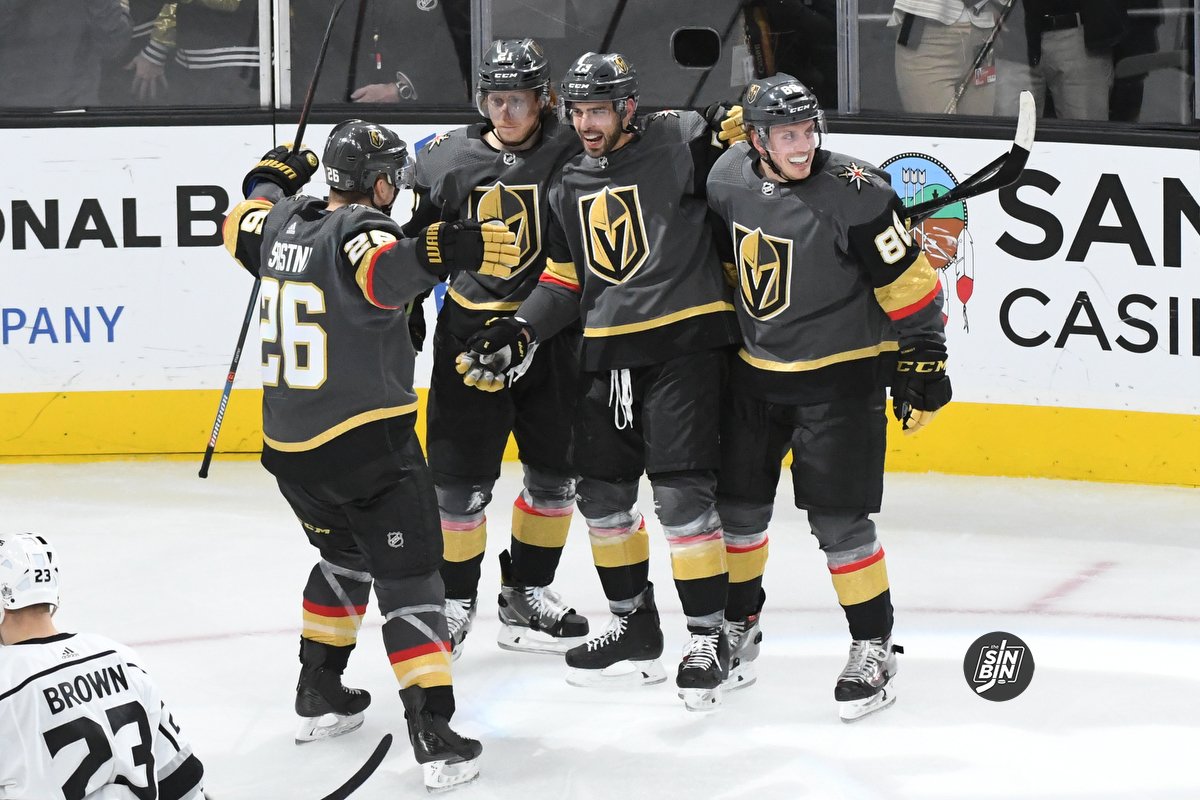 Through seven games and 97:22 of ice time, the Golden Knights have not allowed a goal with Brandon Pirri on the ice. In that same span, Vegas has a 64% Corsi For, created 67 scoring chances, and have scored 11 times.

In short, when Pirri is on the ice, good things happen.

That’s my role, that’s why I signed and that’s why they signed me here. I’ve got to stick to my strengths. Turk’s put me in a fantastic position to succeed, playing with two really skilled guys. Stas finds me and Tuchy creates space. -Brandon Pirri

That middle part interested me when I heard it, “put me in a fantastic position to succeed.” Pirri went on to mention his linemates, but the in-game situations he’s found himself in are even more telling than his linemates. Pirri has been on the ice for 83 faceoffs, only 17 of them have been taken inside of the Golden Knights zone.

That equates to a 74.4% offensive zone draw percentage (Offensive zone draws divided by Offensive+Defensive zone draws). The next closest player is Brad Hunt at 67.8%, then there’s not another player on the team at over 66%. Pirri’s linemates, Alex Tuch and Paul Stastny are at 65.1% and 54.0% respectively.

Also, late in games, Gallant has decided not to use Pirri. In Pirri’s seven games, five of them have seen the score within one goal in the last 10 minutes of regulation. In those five games, Pirri has played in 84 shifts, only 10 of them have occurred in the final 10 minutes of the game, and only once did he play more than one regular shift (at least 40 seconds) at the end of a game.

Bellemare is a specialty in that situation. If we’re down a goal, Pirri will be on the ice. When we’re up a goal, you put four defensive guys out there and Bellemare and those type of players deserve to be on the ice at that time of the game. -Gerard Gallant

I asked specifically about the most recent game, a win over Los Angeles, in which Pirri played a total of :52 in the final eight minutes of action.

I mean we scored, made it one-nothing and they had a great chance right after that on the breakaway but you usually get down to six or seven minutes and I want certain guys on the ice and the guys know that so we shorten it a little bit and guys go out there and do their jobs. -Gallant

I looked through a number of games last season, and couldn’t find an example of Gallant removing one of his top six (Marchessault, Karlsson, Smith, Haula, Neal, Perron) at the end of a game as he has with Pirri. In fact, there’s almost the exact same scenario in a game on January 7th, 2018 against the Rangers as we saw on January 1st, 2019 against the Kings.

There are other examples of it, but Gallant has proven that he has certain roles for certain players and it’s a huge reason why he’s been so successful in Vegas. One such example is late game situations, rather than simply rolling the lines out as they were, he shortens his bench to put stronger defensive players in while holding back his weakest defensive options. It leads to wins, but it also leads to goofy stats like the ones we’ve seen with Pirri. 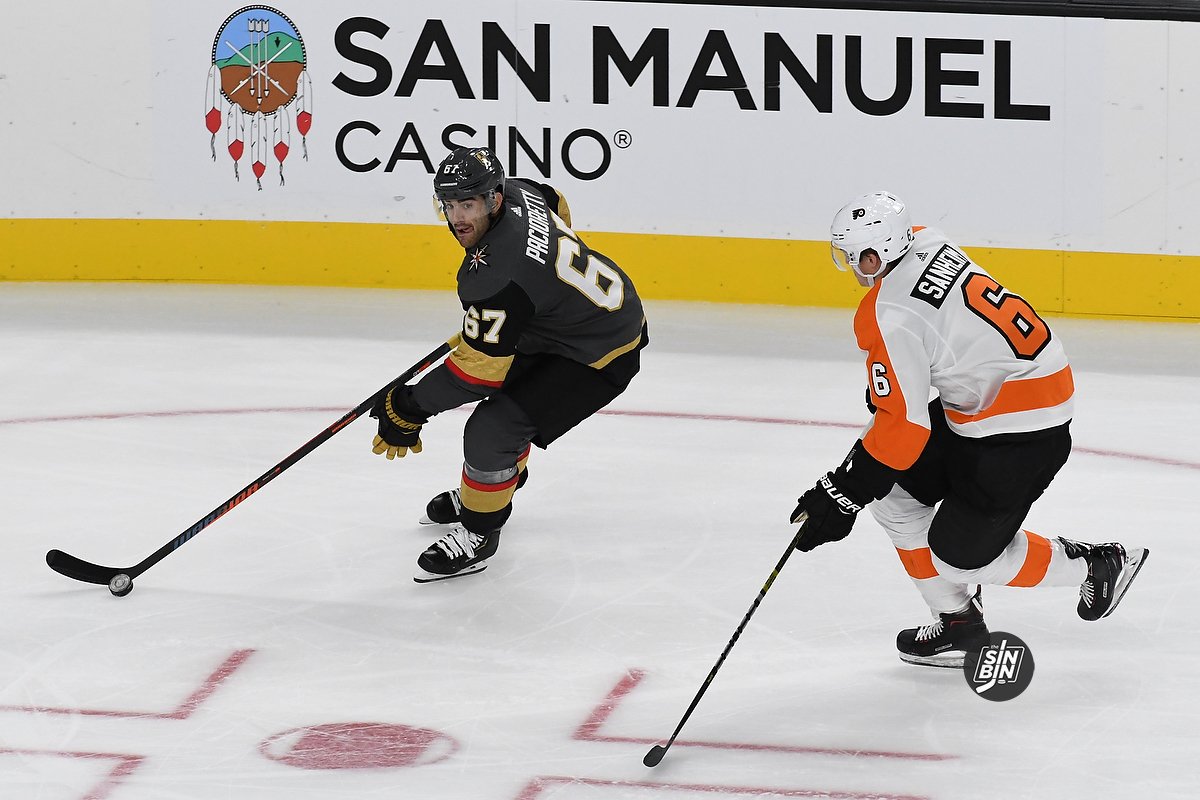 Now, I’m not making an argument as to why Brandon Pirri needs to be sent back to the AHL, in fact, I believe the exact opposite, I think he needs to stay, but Gallant’s history has shown us that he prefers his top six to remain together in all situations, up a goal, down a goal, or tied. With Pirri, he’s been unable to do that.

As Pacioretty gets set to return to the lineup (either tonight or Sunday), expect Pirri to stay in his normal role on the 2nd line, but the second the scoring dries up, Pacioretty will likely take that spot back as it returns Gallant his all-situation top six.

I can’t control that. I’m happy for myself because I’ve wanted this opportunity and I’ve done a good job for the most part, but that doesn’t mean anything, I’ve got to show up tomorrow and work that much harder. -Pirri

The question is, can Pirri continue to put up numbers playing alongside Cody Eakin and Ryan Carpenter, Tomas Nosek, Oscar Lindberg, or Valentin Zykov as he has with Stastny and Tuch? If he can’t, do they put him back on the 2nd line and see if Pacioretty can do it on the 3rd? Do they make other line changes? Or do they simply send him back to the Wolves?

Gallant has said all the right things about Pirri’s defense, but actions speak louder than words and the actions prove Pirri has still yet to earn the coach’s trust defensively and it’s highly unlikely that’s going to happen any time soon. So, he better keep scoring or else the clock might strike midnight on this Cinderella story.