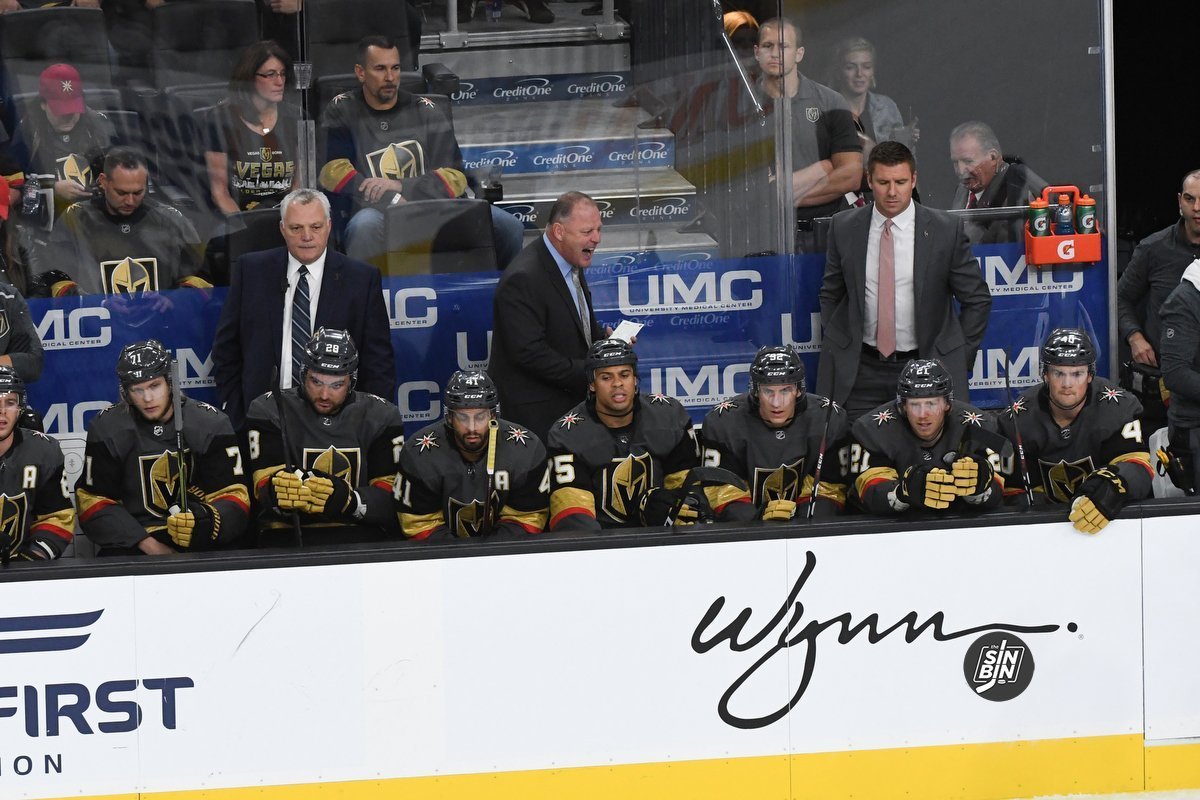 With the trade deadline fast approaching, the buzz around the Golden Knights is almost squarely focused on the third line. It’s a line with only one stable piece, the center, Cody Eakin, and filled with imperfect wingers such as Brandon Pirri, Valentin Zykov, Tomas Nosek, Ryan Carpenter, and Oscar Lindberg.

Most, including all three who write on this website, believe for the Golden Knights to reach the top of the mountain, something needs to change with that line. Whether it’s an addition from within, a piece added at the deadline, or reinforcements from the current top six, here at SinBin.vegas, we see the third line as the primary weakness for the Golden Knights.

The head coach, who happens to be the reigning Jack Adams award winner, does not agree.

I want them to keep doing what they are doing. People make a big deal of it that supposedly they don’t score enough. I don’t. We’ve got guys who can put the puck in the back of the net. Those guys have to come out and play their roles. I love a lot about our hockey team, I’m not too concerned at all. -Gerard Gallant

Gallant, speaking on the VGK Insider Show with Frank Harnish and Ryan The Hockey Guy on Fox Sports 98.9 FM, says he thinks his team is just fine offensively, even with the third line as currently constructed.

Well you know what, I think people overreact a little bit saying ‘oh this line needs to be better’ or ‘you’ve got to make that line better.’

In fact, he went on to make an even bolder statement, declaring this year’s team as good as last year’s.

We know we’ve got a real good group. I look at this year’s team, and we’re still in a good position right now, things haven’t gone as well as last year, but it doesn’t mean our team is not as good as last year. I think we definitely are. We’ve had some key injuries all season long and we’re getting pretty close to getting healthy in the near future and then I’ll really like our team. -Gallant

That being said, if the right deal comes up, Gallant is certainly welcome to an addition.

If something happens at the trade deadline and we get a top-end scoring player, that’s great, that’s outstanding, but if we go with what we’ve got right now I’m very satisfied to do that. -Gallant

So you know what we think, you now know what Gallant thinks, now the focus shifts to the man in the ivory tower, George McPhee. What does he think? We won’t know until February 25th. But rest assured, if McPhee thinks his team needs help, he won’t be bashful in going out and finding it.

(Here’s the link to the whole interview with Gallant. While many Gallant interviews and pressers sound the same, this one is definitely worth a listen.)

A Memorable Off Day That May Change The Golden Knights Season