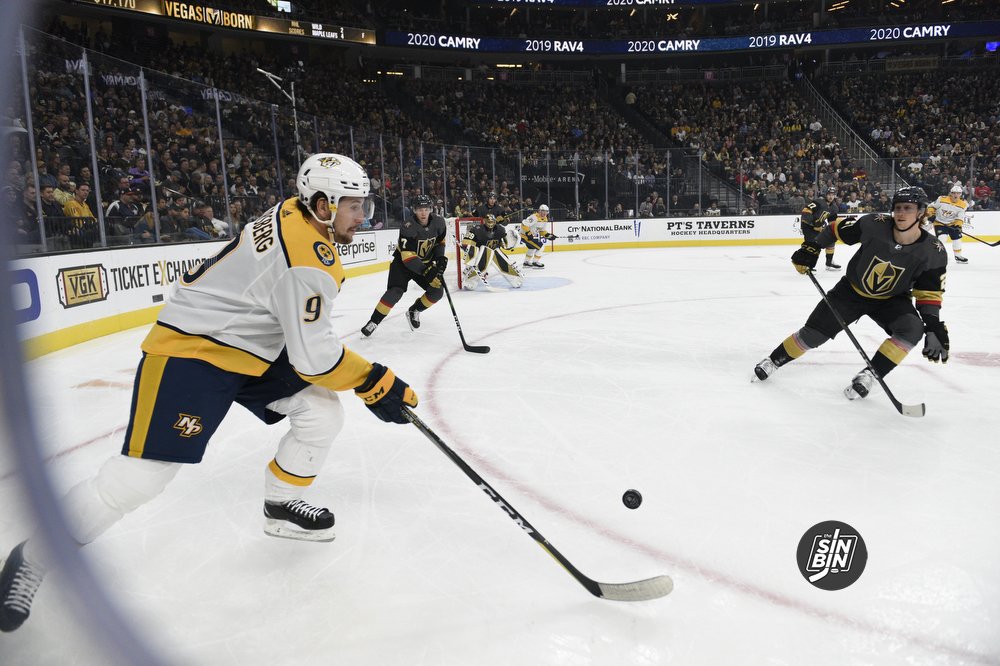 It’s a combination of both if you can defend well you can get the transition going. As coaches, we look at different clips and different systems around and you say what’s going to work for our team and we are going to hope this works. -Gallant

We were giving up a little too much. We want to play less time in the D-zone and try and transition and play some offense. There were times we got hemmed in a few times, but everyone does against good teams, but there were also times we got it out quick and started transitioning real quick.-Stasnty

I think it helps everybody be more efficient. You’re not chasing guys out to the blue line after a guy activates. There are times where you are just skating around and around tracking a guy. Where last night it kinda happened where we just point them out. You aren’t going to give up those goals out on the blue line or down in the corners. -Schmidt

I’ve been through this before on different teams where every day, every practice, every game you get more and more comfortable. Sometimes there might be a step backwards but it’ll be two steps forward eventually. -Stasnty

Yeah we had some mistakes but you aren’t going to see that type of pressure from a defensive corps like you will when you see Nashville. It’s going to evolve the more we do it. It was pretty black and white last night, it was rigid. It’s going to grow itself into what we want it to be as we do it more and more and as we see more situations while playing that way. -Schmidt

To summarize, it appears the new system is here to stay. Reilly Smith, Jon Merrill, and Shea Theodore all had positive things to say about the new system as well with everyone agreeing that for just picking up and trying it against one of the toughest teams in the league to deploy it against, that it went fairly well.

Arizona has some active defenseman and they’ll certainly be looking to exploit some of the cracks the Predators found, but the Golden Knights will have had a full practice and multiple off-ice sessions to continue cementing it before then.

As much as Gallant wants to downplay it, this change is significant and it very well could be the jumping-off point that turns the Golden Knights season around. If it is, Gallant and his staff will look like geniuses for adapted a quarter of the way through the season, but if it isn’t, there are going to be a lot more ugly goals allowed in the next two weeks or so.