Frustration Is Not The Answer 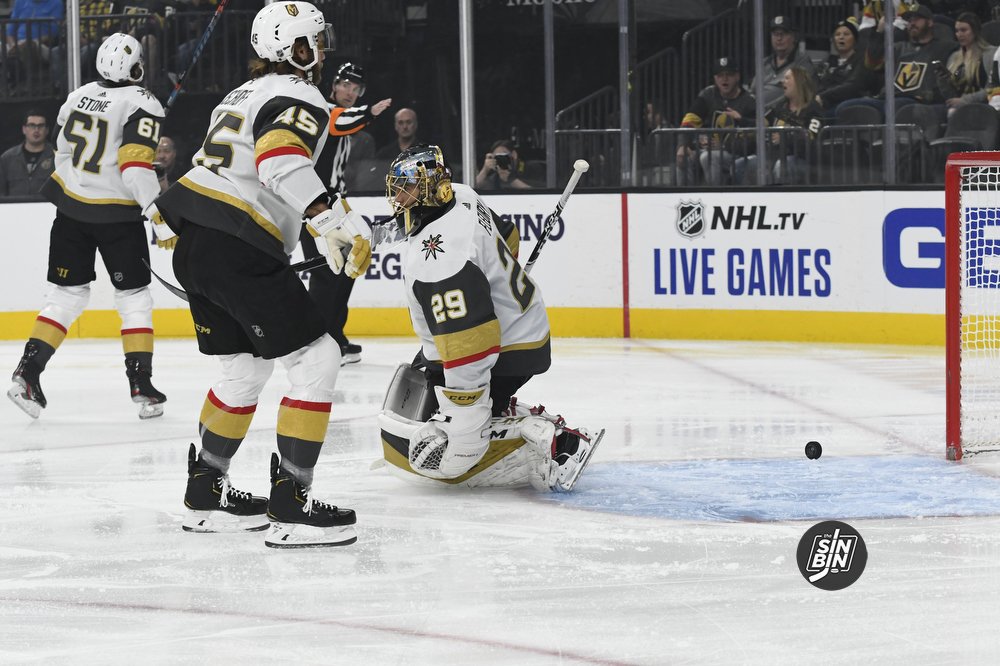 The quotes were all the same from last night.

Different players framed it in slightly different ways, but deep down they were all trying to say the same thing. This team is too good to be losing as often as they have been.

The most consistent sound coming out of the mouths of Golden Knights players in the month of November has been a deep breath.

They know they should be better, but no one completely understands why they haven’t been better. The underlying stats show the Golden Knights are deserving of a better fate, but time and time again the scoreboard has not agreed. It’s led to the same feeling up and down the Golden Knights organization, the feeling is frustration.

Frustrated with themselves, but mostly frustrated in the results.

Just about every player and coach had something to be frustrated with. Whether it was Mark Stone’s missed breakaway, the blown penalty shot by Jonathan Marchessault, defensemen finding themselves on the wrong side of the puck, or the decision to try a brand new set of forward lines, everyone had something to think about when heads hit pillows last night.

What does frustration do though?

Speaking for myself, being frustrated doesn’t lead to the best me. When I’m frustrated I usually make poor decisions. They have the best intentions, but choices made out of frustration don’t tend to solve my problems. It’s not until I change my attitude that I see the results turn.

That’s just what the Golden Knights need right now. A change in attitude. Enough looking for the ceiling for answers. Enough wondering when it is going to turn. Enough disappointment. Try something new.

Maybe it’s anger. The “rage room” is all the rage, right?

Maybe it’s something weird, like a wacky Joe Maddon-esque team bonding thing. Onesie pajama party on the plane. Bring a mime to practice. (Maddon did both of these things.)

How about hypnotism? (There’s literally a professional hypnotist with a Vegas Strip show that is a diehard Golden Knights fan.)

Go hang out with the crazies from Cirque du Soleil again.

Whatever it is, this team needs a new feeling in the locker room.

Frustration is not the answer and it’s up to someone to do something, anything, to change it. Even if it looks really stupid while they are doing it.

A poor 3rd period power play and an overplay on the OT PK doomed the Golden Knights last night. Both coaches talked about it after the game... https://sinbin.vegas/special-teams-cost-vegas-in-new-jersey/