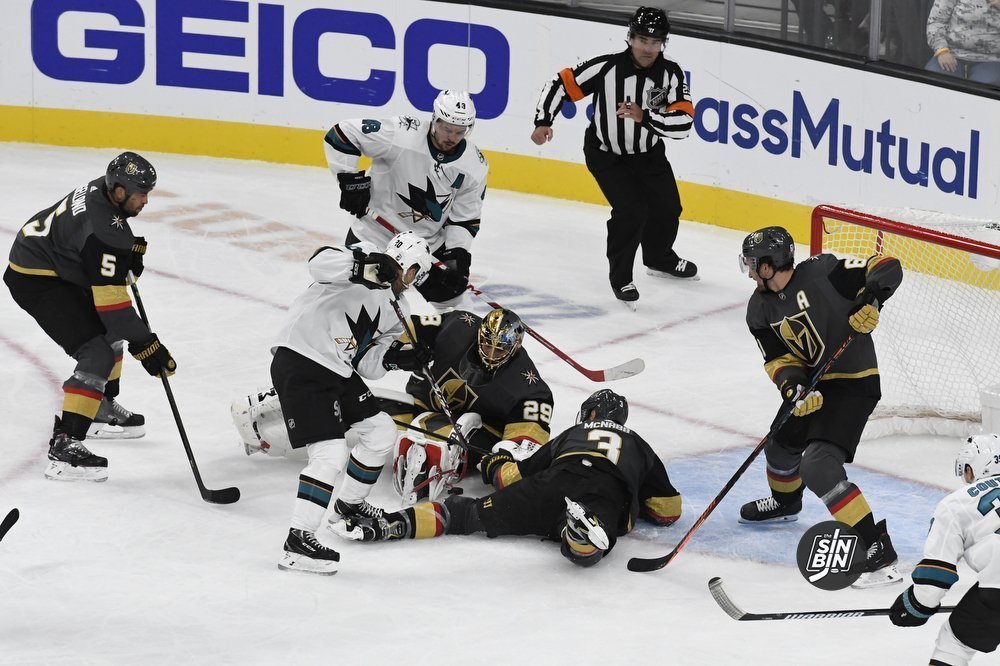 Since the inaugural 2017-18 season, Marc-Andre Fleury has started 169 games for the Golden Knights. His stout record of 102-53-14 has been one, if not the major reason for Vegas’ instant NHL success. This year the 36-year-old has played as well as he ever has since his arrival to Las Vegas. Once expected to start 50% or less games this year, the 36-year-old had his only night off in four weeks last night.

Fleury has made 35 starts as a Golden Knights off two days of rest. When the goaltender is fresh, he’s one of hockey’s best. In four seasons, his overall save percentage is .917, and drops ever-so slightly to .911 on two days rest. Not only has Fleury performed well this season with limited days off, but he’s as good when he’s fresh.

The goaltender has been so reliable that it’s been tough for coaches to sit him. Fleury’s been such an anchor this season, that it’s difficult for coach Pete DeBoer to rely on anyone else for more than one start in a row. Dating back to 2017-18, Fleury has started 81 times on one days rest. Including six times this season, where his SV% wildly increased to .944.

Another record that benefits the Golden Knights tonight is their strong response when playing the second leg of a back-to-back. This season Vegas’ record is 1-0 and overall 5-2 under Pete DeBoer. Including, a 2-1 mark in three back-to-backs last summer in the playoff bubble.

The Sharks will come hard just like they did yesterday, but it’ll be tougher to comeback from a three goal deficit with Fleury in net. Oh, and I forgot to mention he’s 11-4-4 lifetime against San Jose. Yep, tonight is setting up for a vintage Fleury performance.