Whenever you attempt to analyze any playoff series in any sport, you’re going to be looking for certain intangibles, the little things that could make the difference between winning and losing.

As the Golden Knights and San Jose Sharks prepare to renew acquaintances in the postseason beginning Wednesday at the SAP Center, this time in the opening round of the Stanley Cup Playoffs, there’s a couple of words to ponder:

The other is “balance.”

Both teams have sufficient quantities of each. The Sharks have managed to compete without Erik Karlsson, their all-star defenseman, for a couple of stretches this season. But he’s back and his presence will undoubtedly be felt. 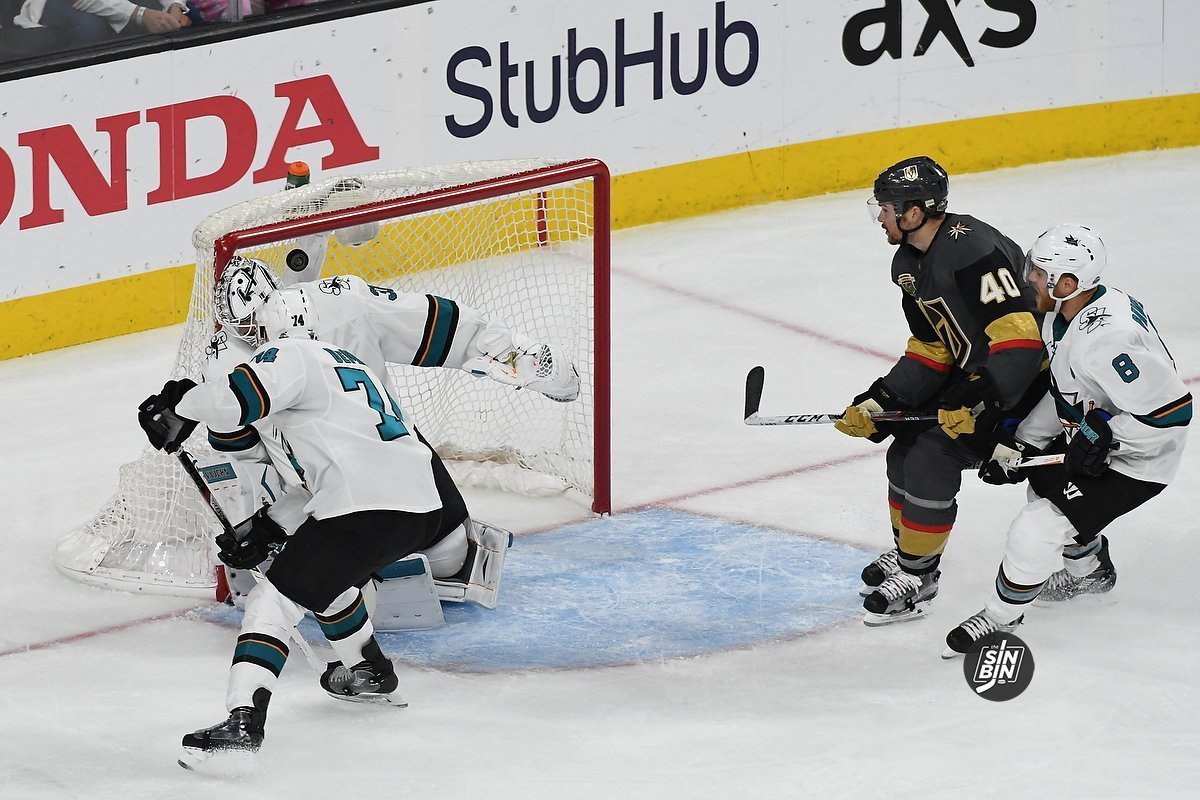 San Jose also has the ability to hurt you with all four of its lines. And with that in mind, we are examining the bottom-six depth of both teams’ forwards and the fourth line in particular.

Interestingly, there are a few similarities. The Knights have used different wingers on the left side to work with center Pierre-Edouard Bellemare and right wing Ryan Reaves. And whether it has been Ryan Carpenter, William Carrier or Tomas Nosek, the Vegas fourth line hardly misses a beat.

I think everyone’s comfortable with each other. We talk on the ice and on the bench and everyone is on the same page. -Bellemare

The Sharks have also used different people on their fourth line. According to our good friend Sheng Peng who covers the Sharks for FearTheFin.com, Peter DeBoer has used a mix of Barclay Goodrow, Melker Karlsson, Micheal Haley and have also used Joonas Donskoi, Lukas Radil and Dylan Gambrell though it’s doubtful the last two will see action. If Timo Meier’s injured left wrist has improved enough for him to play, he’s likely to be in the mix as well.

Like Gerard Gallant, DeBoer is blessed with some options for his fourth line. For Gallant, he’ll let the players decide who plays.

“‘ve always said that — the players determine who plays, not the coach. Whoever is playing the best will be in the lineup. -Gallant

That’s not going to be as easy as it sounds. Carpenter has played very well. Same for Nosek. Carrier has been his usual self since he came back a couple of weeks ago, throwing his body around and using his speed to help on the forecheck.

We have a great group of guys. Nobody’s going to complain about who plays and who doesn’t. It’s all about winning. -Carpenter.

Of course, Reaves is in the spotlight. When the two teams met on March 30 at SAP Center, he was right in the middle of everything. He will be Public Enemy No. 1 with the Sharks’ fans. But if you think he’s going to be dropping the gloves every game, guess again.

Yes, everyone loves No. 75’s toughness. They admire the way he has his teammates’ backs. But let’s not forget Reaves is having the best offensive season of his nine-year NHL career. He had nine goals and 20 points, that’s two more goals than he had in 2015 with St. Louis and his 11 assists was the first time he hit double figures in that category.

I think it’s a confidence thing. I know I’m going to be in the lineup and we do a great job as a line with our forecheck. It’s created more opportunities for me. (Bellemare) is always looking to get me the puck and we’re trying to keep the pressure on in the other team’s end. -Reaves

Reaves was the hero of the Western Conference Finals last year as his goal in Game 6 helped the Knights oust Winnipeg. Between Reaves, Bellemare, Carpenter, and Nosek, they accounted for six goals and 10 assists in the team’s 20 postseason games and run to the Cup Final.

It’s something San Jose needs to be aware of. And it no doubt is. This is not just a checking line, this is a group that is capable of not only tilting the ice, but turning on the red light behind Martin Jones.

We understand what our role is. We’re not thought of as a scoring line. But we can create offense and as long as we’re doing our job and forechecking and pressuring (San Jose) in their end, we’ll get some (scoring) chances. -Bellemare

Here’s a breakdown of the two teams’ fourth line’s offensive output this season. We’ll use Carpenter for this example since he has been featured on the line most recently:

It should be noted that Haley played 19 games with the Sharks after being acquired from Florida where he had 1 goal and two assists in 24 games with the Panthers.

As you can see, the goal scoring is dead even. The Knights have the edge in helpers. Both lines play the same way, using an aggressive forecheck and have a physical presence about them.

The Stanley Cup Playoffs are all about surprising moments. We saw it with Reaves last year in Winnipeg. Given what these guys on the fourth line have done all year and what they’re capable of, it won’t be a surprise if they are contributing offensively as well as defensively.