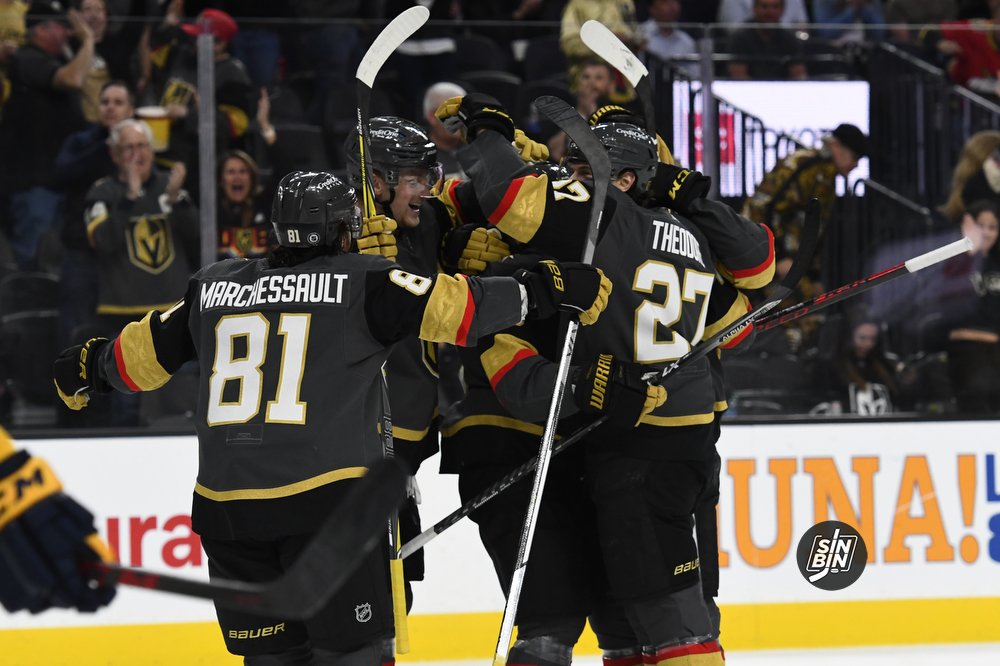 Yesterday we looked at the four prerequisites that had to happen for the Golden Knights to win the division. Today, we’re doing the opposite. Here’s what would have to happen for everything to go wrong for Vegas and see them miss the playoffs yet again.

Last year Eichel actually led the team with the fewest goals against per 60. Eichel finished slightly better than William Karlsson, and all of VGK’s other regular centers, while wearing a VGK uniform. However, the last seven games nearly saw Eichel blow the lead as he was on the ice for seven goals against down the stretch, mostly in games the Golden Knights lost.

If Eichel takes the step forward defensively that Bruce Cassidy and the entire VGK organization are hoping for, it’ll completely change the makeup of the way they can utilize their lines. Karlsson will no longer have to play the heaviest defensive minutes and Eichel could potentially pair up with Mark Stone on defensive zone draws against opposing top lines, something Cassidy will likely avoid early in the season.

This isn’t saying Eichel needs to turn into a Selke candidate, or anything close, but if he doesn’t become a reliable defensive option, the rest of the team will struggle to make up for the shortcoming.

Simply put, the Golden Knights are not deep in the scoring department. They absolutely need their big guns to contribute a majority of the offense, both at even-strength and on the power play. 30 goals a piece for the big five forwards is a lot to ask, but when you add in the offense from Pietrangelo and Theodore there’s no reason a healthy group shouldn’t reach this number.

The key is going to be getting contributions from all of them, which is a fancy way of saying they all need to be healthy. If they are missing 20 goals from Marchessault, it’s going to take 40 goal seasons from both Stone and Eichel to get this team to where they want to go.

Last year, this group of seven scored 108 goals while missing 146 games between them. If healthy, they’ll get to 150. If not, look out.

No VGK goalie finishes in the top 15 in Save Percentage, Goals Against Average, or GSAA

Admittedly, this is a bit of a cop-out as it’s fairly clear if a team has a below-average goalie, it means they are allowing a lot of goals, which of course means they are not winning games. However, what I’m really trying to say here is that if the Golden Knights don’t find a decent NHL starter, they’ll struggle.

Think back to the history of the team. When they’ve had a goalie playing at an elite level, they are easily a 100+ point team (Year 1 when Fleury came back, Year 2 late season, Year 3 Bubble, all of Year 4, early Year 5), but when they get average or worse goaltending (Early Year 1, Most of Year 2 and 3, late Year 5), they struggle mightily to maintain a point per game pace. Again, not surprising in the NHL, but for VGK fans, good goaltending has almost been taken for granted during the Fleury and healthy Lehner eras.

If the Golden Knights are constantly cycling through their goalies trying to find one that can stem the tide, they’ll have a challenging time stringing wins together. If one figures it out, even for long enough to land in the middle of the league, they have plenty of firepower to win enough games to reach the playoffs.

One of the staples for Vegas hockey since entering the NHL has been their dominance over the Pacific Division. From sweeping the Sharks in eight games in 2020 to beating Anaheim 20 of the 24 times the two teams have met, the Golden Knights have always amassed points in intra-division games.

The division is a mixed bag this year with a number of teams expected to compete (CGY/EDM/LAK/VAN) but also a group of two (SEA/SJS) or three (ANA) that may still be focused on the future. There will be plenty of points for the taking in these games and the Golden Knights have to take them.

Despite missing the playoffs a year ago, VGK finished with a .673 points percentage against the Pacific. That left them operating at about a point per game against everyone else, which wasn’t quite enough. If they can pick up a few extra points against the top of the division, they’ll be able to scratch and claw their way against the Central and East enough to qualify for the tournament.