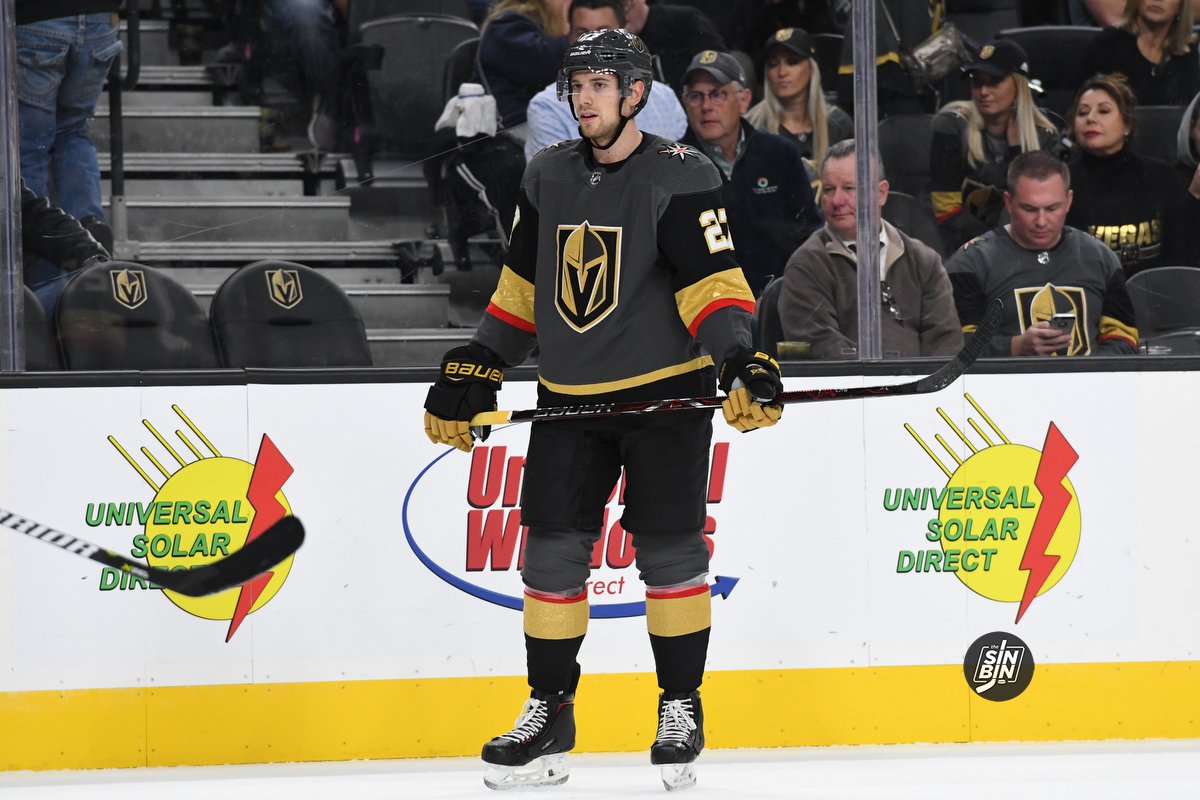 Here in Vegas, Shea Theodore is anything but underrated. On a team that spent nearly $62 million on a different defenseman this offseason, most Vegas fans would still declare Theodore as the best on the roster.

He’s grown into his role as a top-pair option, adding penalty killing and defending top lines to his resume, but Theodore’s bread and butter has always been his ability to generate offense. This season he sits in 3rd place on the entire Golden Knights roster in points with 42. He leads all defensemen by 13 points and he has more points this season than Brayden McNabb, Zach Whitecloud, and Nic Hague, three of the other five starters, combined.

Theodore has become the number one option on the Vegas power play, even taking the entire two-minute shift at times when Alex Pietrangelo was out. He’s currently in the Top 10 in the NHL in points (7th) and Top Five in points per game (5th) after missing a few games earlier this season.

Last year, Theodore had a monster postseason in the bubble scoring 7 goals and adding 12 assists to lead all VGK players with 19 points in 20 playoff games.

Recently, on the 31 Thoughts Podcast, the reigning Norris winner was asked to give his opinion on which defensemen are the most underrated in the NHL. He was offered the option to go with any player in the league and Josi, who plays a similar style of game to Theodore, picked Shea.

He’s more well-known now, because he had a really good playoffs and he’s having a good year this year. Even before that, I always thought he was an unbelievable skater and (had great) hockey sense. Great puck mover. Still underrated. –Roman Josi, Predators defenseman on 31 Thoughts Podcast

Not only is Josi one of the elite defensemen in the league, but he plays for a team outside of the Golden Knights’ division. In fact, the last time the Predators and Golden Knights played each other was February 1st, 2020. There’s literally been a global pandemic since the last time Josi shared the ice with Theodore, and he’s still the first name that comes to mind for the 2019-20 Norris Trophy winner.

This is incredibly high praise and very meaningful stuff coming from a superstar in the NHL. It still boggles my mind how the Anaheim Ducks chose to give Theodore away at the Expansion Draft when they could have let go of Cam Fowler, Sami Vatanen, Brandon Montour, or Josh Manson instead.

Thank goodness they did though, because no one wants to envision the Golden Knights without Shea Theodore… maybe except for Roman Josi if they happen to meet in the final four.