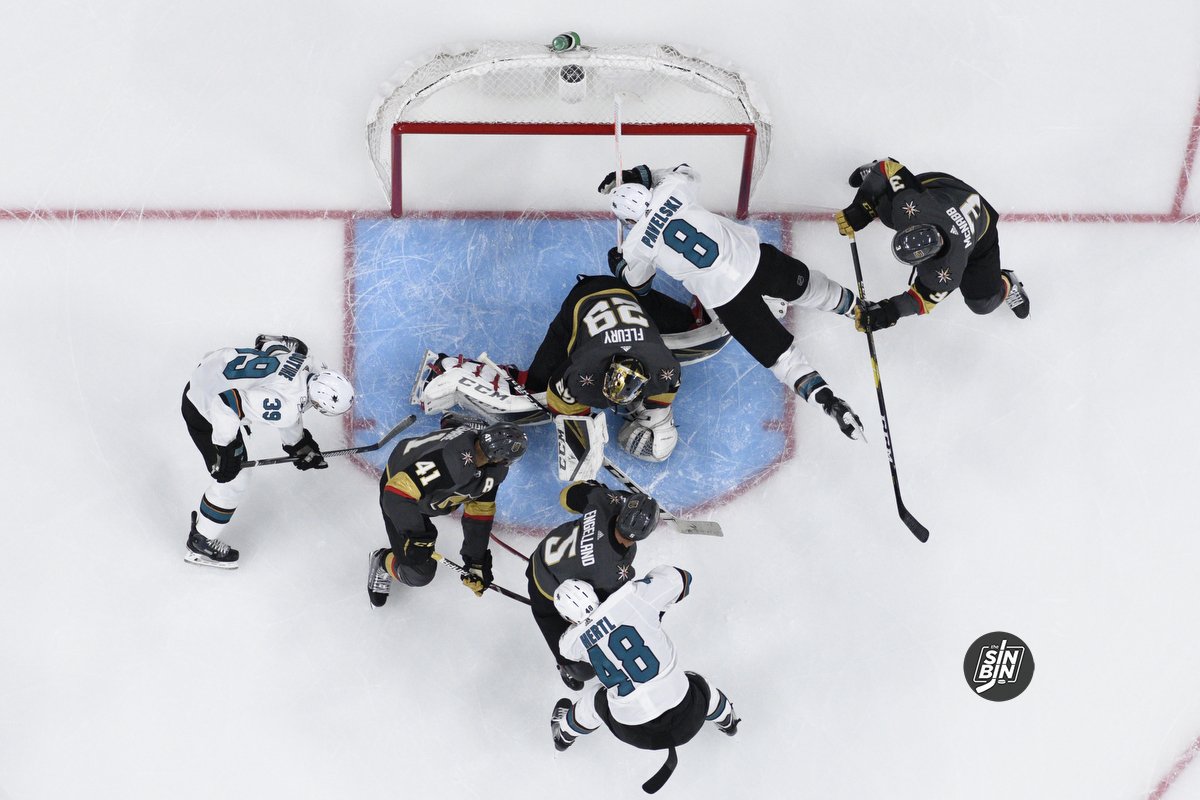 Dallas Star center Joe Pavelski served four-plus seasons as Pete DeBoer’s captain. Both had great success from 2015-2019, making the postseason each season together, including a Stanley Cup Finals appearance in 2016. So, it’s fair to say Pavelski knows his former coach well on and off the ice. This week the Wisconsin native explained what type of team the Golden Knights were.

They’re a team that if you give them two-thirds of the ice, they’ve got a great transition game. They take off and you saw that. They go at times and make plays. -Joe Pavelski, Stars center

During their time together in San Jose, DeBoer and Pavelski won 59.6% percent of their games. The former Sharks captain averaged 31 goals per season including 38 on the power play. In Vegas, DeBoer’s top offensive forwards Max Pacioretty, Reilly Smith and Jonathan Marchessault have been as dangerous as Pavelski was in San Jose. Since becoming a Star, Pavelski has faced his former boss eight times, seven of which were postseason contests. Without reminding fans of the Stars success in the 2020 Western Conference Final, after Wednesday it’s clear Dallas is comfortable rolling out the same blueprint that eliminated Vegas in the bubble.

Against the Stars in the 2020 WCF, the Golden Knights averaged 36 shots per game but lost four times by exactly one goal. Although Vegas won 5-4 there were similarities on Wednesday night. DeBoer’s squad outshot Dallas 45-23 and trailed for most of the game. At this point, we can assume it’ll be tight 60 minutes every time these two meet.

You can’t take things for granted. We spent quite a bit too much time in the d-zone. They were around the net. -Joe Pavelski, Stars center

It wasn’t just the forwards that flourished under DeBoer in San Jose. Check out sharpshooting defenseman Brent Burns’ numbers from 2015-2019. Burns averaged 75 points per season under DeBoer. Several Golden Knights defenseman are seeing an increase in opportunities because of the team’s extended pressure in the opponents’ zone. DeBoer’s active blue line created a dangerous dual-threat offense that other teams have had trouble with in the regular season.

As a 16-year veteran, Pavelski found success playing with and against DeBoer’s game plan. It’s possible his knowledge of being on a transition team in San Jose aids his current club against Vegas. Either way, the former Sharks captain rightly describes and understands why the Golden Knights are a deep threat. The one unfortunate aspect of the Pavelski-DeBoer connection is that they’re both chasing a championship. Each has appeared twice but neither has been sized for a ring. It’s possible with Jack Eichel in the mix, DeBoer’s quick rush/shot suppression strategy works in the postseason, and they’ll probably need to eliminate Pavelski’s Stars along the way.