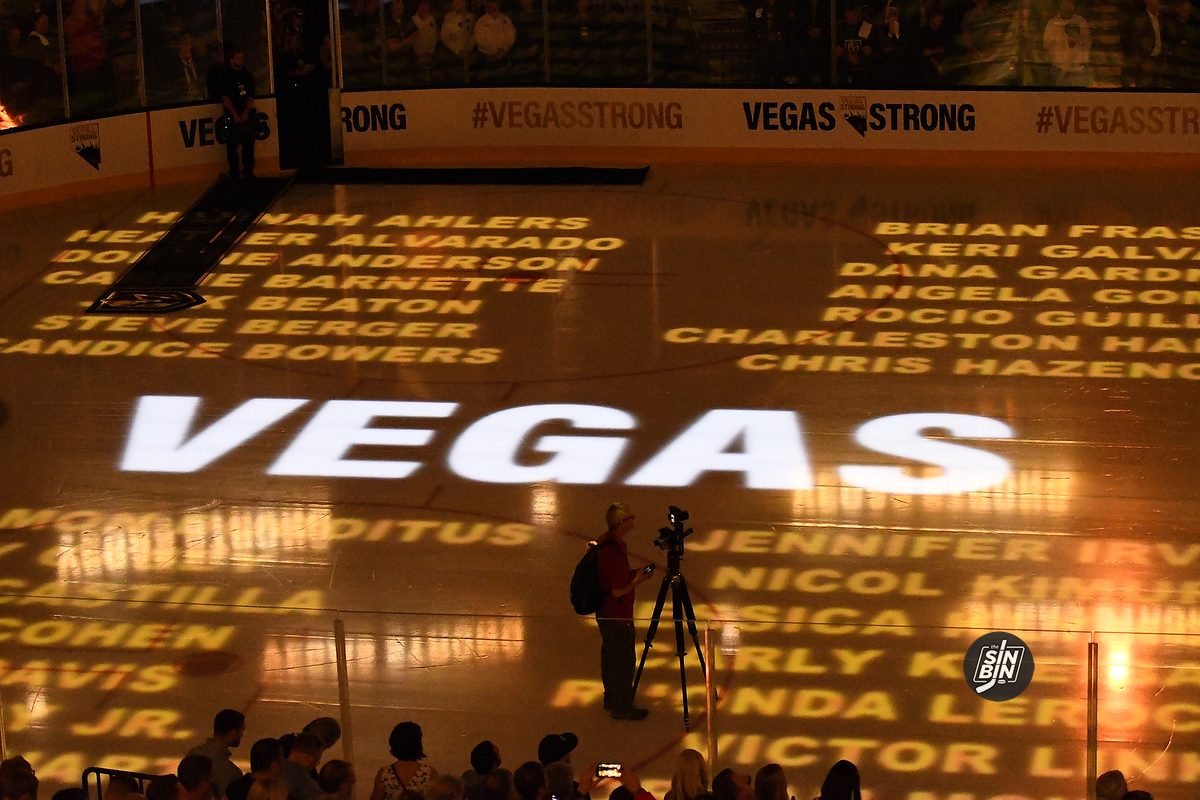 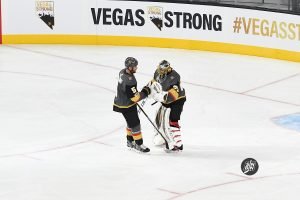 I’ve told this story many times before, but I’m going to do it again.

On October 3rd, 2017, less than 48 hours later, a small group of Golden Knights made an appearance at the Las Vegas Metro Police Headquarters downtown, it was one of three appearances they made that day. At this particular one, they were tasked with walking into a room of over 400 people who have just experienced two of the worst days of their lives and were supposed to lift their spirits. Deryk Engelland, Jon Merrill, Griffin Reinhart, Erik Haula, William Karlsson, and Jason Garrison were the players that attended. I only mention the names because, at the time, these weren’t household names. Engelland, maybe, but the rest you could have swapped out with random people wearing VGK jerseys and 95% of the people in the room wouldn’t have known. When they walked into the big room it was fairly quiet despite a few hundred police officers already present. Within minutes of the players walking in, the volume cranked up. Laughing, joking, picture taking, hugging, handshakes, the furthest thing from a sad place as you can imagine. This is a room of people who have probably not slept in days, have seen and heard things that will scar them forever, and have not stopped working for a second all in an effort to assist the city. These are not people who should be easy to make smile at this time, yet the Golden Knights did it, and did it with flying colors.

How does a sports team, that has never even played a game have this kind of impact on that group of people at that time? I still don’t really know or understand the answer, and most of the players who were there that I spoke to didn’t either. It was incredible to see and it’s something I’ll never forget. It was the very first time I saw the Golden Knights embraced by the city of Las Vegas. I’ve seen it plenty of times since, I’ll see it again today, and I’ll probably see it thousands of times in the future, but never will it leave the same impression that it did that day.

I wrote an article after it about how the team became the city’s real Knights that day. Every word in that article still holds up today, but never in a million years could I have predicted what was to come and how true some of the words would ring. Specifically these…

Here we are, in need of those who can “protect us.” Who will not let one heinous act ruin our great city. Who will always help us “advance.”

That’s what I wrote. Three days before the first time the Golden Knights took the ice for real. One week before the most incredible season opening night in sports history, and oh my goodness did they ever help us “advance.”
The Golden Knights and 1 October will forever be connected because of the way the city responded to the team. Las Vegas latched on to them, gripped tightly, and have never let go. 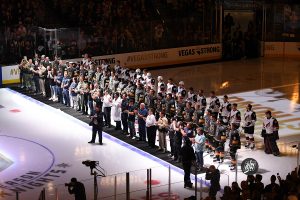 Once a year the calendar will flip to October 1st, and every year it’s going to bring back the horrible reminder of what happened that night in 2017. But every year the Golden Knights season will be just days away and there they will be, to help remind us of what we are, and what we will always be.