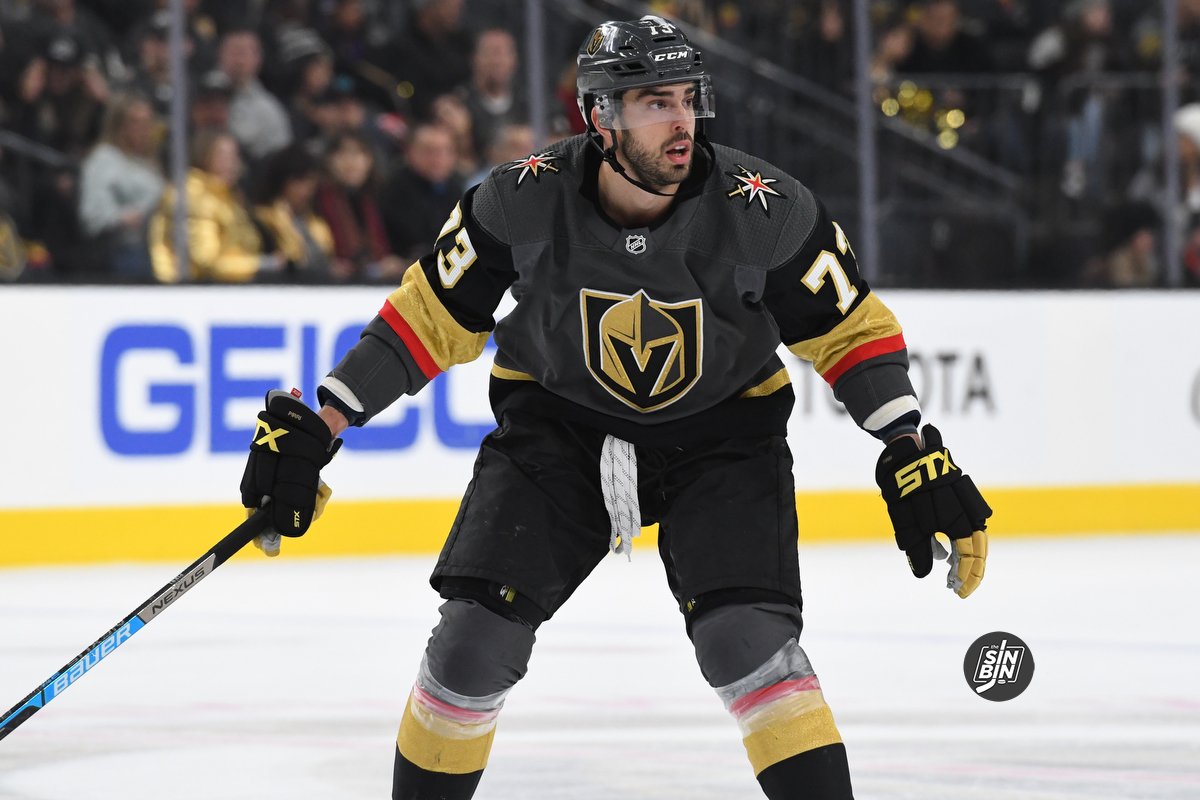 Brandon Pirri was one of the best stories in the entire NHL this season. He went from being passed over in favor of Stefan Matteau, Tomas Hyka, Reid Duke, Paul Thompson, and Daniel Carr to becoming a fan favorite, scoring seven goals in his first eight games and nearly cracking the Golden Knights top 10 in goals scored in franchise history.

A player who has always been regarded as an offensive threat but a defensive liability got his call back to the NHL on December 18th, 2018. He would not play another AHL game the rest of the year, and would eventually draw into the Golden Knights lineup for the most important game of the year, Game 7 in San Jose.

Looking back I’m really proud of myself. I wasn’t supposed to be on this team. I think there were four or five forwards called up before me. I finally got the opportunity and I made the most of it. -Brandon Pirri

But now, Pirri is an unrestricted free agent, and he’s in a much better bargaining position than he was either of the previous two offseasons when he signed one-year league minimum deals with the Golden Knights.

Instead, he’s now a 12 goal scorer in 31 games. He proved he was able to force his way onto one of the best rosters in the NHL and into the lineup at the most crucial time. This offseason he’ll be viewed a potential diamond in the rough, rather than an AHLer with potential upside.

What is he looking for in his next contract? One very specific thing.

Opportunity, it’s all about opportunity. -Pirri

He wants a chance to play in the NHL for good.

I controlled what I can control this year and I did get an opportunity and I proved myself. I’m not going to be given anything, I’ve never been giving anything. -Pirri

Previously, the Golden Knights appeared like a prime destination for the 28-year-old because of Vegas’ connection to Chicago. Pirri was drafted by the Blackhawks, met his wife in the Windy City, and it’s where he keeps his permanent residence. So, by signing with the Golden Knights he kind of had the best of both worlds. Either he’s in the NHL, or he’s in the minors living at home with his wife and newborn son.

It makes sense for my family for sure but my goal is to be in the NHL. That’s what I want to do, that’s what I’m looking at as opportunity. -Pirri

Pirri has never made more than $1.1 million and the past two years he’s been on a two-way deal (meaning he gets paid less if he’s in the AHL than if he’s in the NHL). So, the price to court his services isn’t expected to be astronomical. What he wants is the chance to continue proving himself at the highest level, and like it or not, that’s probably not going to come in Las Vegas.

Thus, even if Pirri is offered a contract by George McPhee (or do we say Kelly McCrimmon now?), there’s no way the Golden Knights will be able to guarantee him the first priority on his wish list.

You’ve got to take people at their word. I trust these guys. Being sent up and down they were pretty honest with me throughout the whole process. That says a lot about them and it helps having Turk (Gallant) here, there’s some familiarity. But at the same time, it’s a deep group (in Vegas) and I want to be a part it but it’s not up to me at the end of the day. -Pirri

Unless there are 30 other GM’s unwilling to look Pirri in the eyes and say, “you’ve got a roster spot on my team” the chances of #73 wearing steel grey and gold next season are minimal.

All it takes is one, but after the season Pirri had, there will probably be multiple suitors, meaning his days in Vegas are almost certainly all but over.