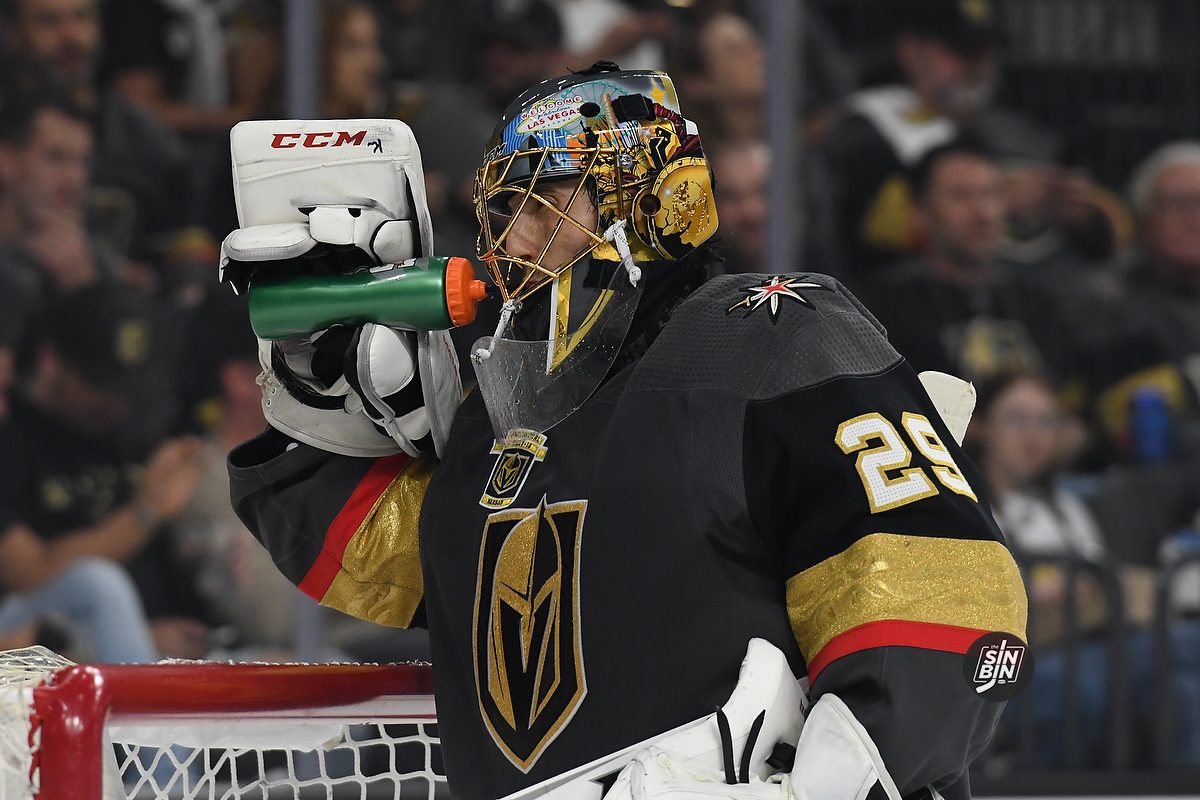 During Golden Knights training camp last season, Marc-Andre Fleury told SinBin.vegas about players that influenced him growing up. The 33-year-old idolized and eventually studied the careers of Patrick Roy, Ed Belfour, and Martin Brodeur. All three Hall of Fame goaltenders had wildly successful careers and played well into their thirties. Fleury’s new contract extension suggests the Golden Knights believe he’ll retire a decorated Hall of Fame goaltender like the three above.

When Patrick Roy retired in 2003 at the age of 37, he left the league as the all-time wins leader with 551. At that time, Brodeur was 30 and was far behind. He remarkably retired 11 seasons later at the age of 42, passing Roy by 140 wins. Both goalies were consistently successful throughout their careers and continued to have major success after the age of 33.

Belfour was another outstanding goaltender that got better with age. After the age of 32, Eddie the Eagle posted 30 or more wins in six of his last nine seasons. He led the Stars to back-to-back Cup finals in 1999 and 2000 at the age of 34 and 35. Dallas won their only Stanley Cup in ’99 behind Belfour, who posted a ridiculous 1.67 postseason GAA.

Check out the success Roy, Brodeur and Belfour had after Fleury’s current age. Vegas fans should feel even more confident about their newly extended 33-year-old goaltender.

At the age of 33, Fleury is on a pace for a Hall of Fame career. Currently, he sits just outside the top ten in NHL history with 404 career wins. By the time Fleury’s extension expires he could pass Belfour for third most in league history. . 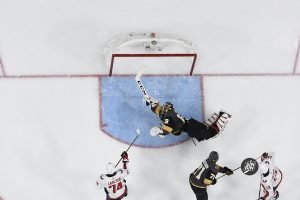 Fleury’s style is one of a kind. (Photo Credit: SinBin.vegas Photographer Brandon Andreasen)

Not only does Fleury have comparable splits, but his style is also similar. Roy gets credit for displaying the Butterfly style which heavily influenced many goalies, including Fleury. Belfour refined the style to the modern “profly.” The Golden Knights stopper is described as playing a hybrid “prostyle” like Brodeur and Belfour. The exciting style of play can only be mastered by athletic goalies like Fleury.

Overall, Fleury’s contract extension was the right decision by the Golden Knights. He has the right skill, mindset, and experience to keep producing NHL wins. Having a veteran rock in net like Fleury can lead a team to deep success season after season. Growth and mistakes get covered up when the goalie is on his game. As long as Fleury is in net for Vegas, they should remain a contending team.

The peak can last well into their thirties for special goaltenders like Roy, Brodeur, Belfour. It doesn’t for guys like Olaf Kolzig, Nikolai Khabibulin, and Tony Esposito.

Maybe it’s just me, but Fleury seems to fit in the first group much better than the second.